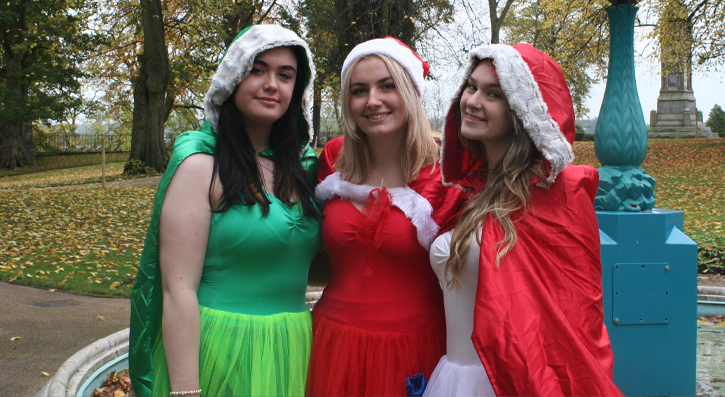 Students Off to Winter Wonderland…and the High Seas

Travel may be limited for many of us but students from South Eastern Regional College (SERC) are off to spread magical cheer at ‘Christmas at the Castle’, Lisburn & Castlereagh City Council’s festive family celebrations, which will take place at Castle Gardens, Lisburn from 4-8pm on 24-26 November.

Students from the Level 3 National Extended Diploma in Performing Arts, Extended Diploma in Music and Level 3 VCTC in Theatrical and Media Make Up, have been commissioned by the council for the festive family event and will be providing entertainment with a newly devised theatrical Christmas play for children.  Spirits will be raised through festive music and children will be transformed into Christmas characters with students’ face painting skills, whilst adults and children alike can expect to enjoy market stalls, a host of performances and of course, watch out for Santa and his elves.

Jenny Curtis, SERC Lecturer in Performing Arts said, “SERC has been involved in the council’s festive events over the past nine years.  We are absolutely delighted to be commissioned again this year and, for the first time, to involve our music students in what is a fantastic showcase of the wealth of performance and theatrical talent at the college.”

She added, “This type of work gives our students an excellent opportunity to participate in commissioned work.  From initial planning and scripting, right through to performance, our students get a real flavour of the professionals’ role in the performance industry.  The students from the different course areas are so excited to work collaboratively and are eager to perform in front of a large, live audience, something we have all missed over the past 18 months.”

Music Lecturer Peter McVeigh said, “Performing at an event like this gives students the opportunity to play a real-life gig where they have to quickly develop a band mentality. Learning a large repertoire of songs in a relatively short period is part of readying them for the world of a working musician.”

Get your tickets for Christmas at the Castle: https://islandartscentre.com/whats-on#piece-search

Meanwhile, SERC Bangor Campus students are involved in the Christmas festivities organised by Ards and North Down Borough Council, with the cast from the eagerly awaited SERC production of Robinson Crusoe – The Swashbuckling Panto Adventure joining the Christmas light switch on this Saturday.  You will see them in the Angel themed lantern parade, led by Santa himself, accompanied by local schoolchildren who have been hard at work this week making their lanterns.   The parade will depart from the Abbey Church Hall at 5.30pm and proceed down Abbey Street and upper Main Street toward the Christmas light switch on at the new location of the Danske Bank at 6.00pm.

Corrine Courtney-Lee, Deputy Head of School of Performing and Creative Arts said, “For anyone who has not been to a SERC Panto, this year it really will be a case of ‘miss it at your peril’!  Robinson Crusoe – The Swashbuckling Panto Adventure (3 – 12 December, SERC Space Theatre, Castle Park Road, Bangor) involves our HND Performing Arts students, who form the main cast, accompanied by the musical talents of year 2 HND Music students, and Level 3 Performing Arts students, providing that all important backstage crew and front of house team, in what promises to be a magical performance which is sure to lift the spirits.”

There are nine show (with three already sold out!) so don’t delay, book your tickets here: https://www.ticketsource.co.uk/space 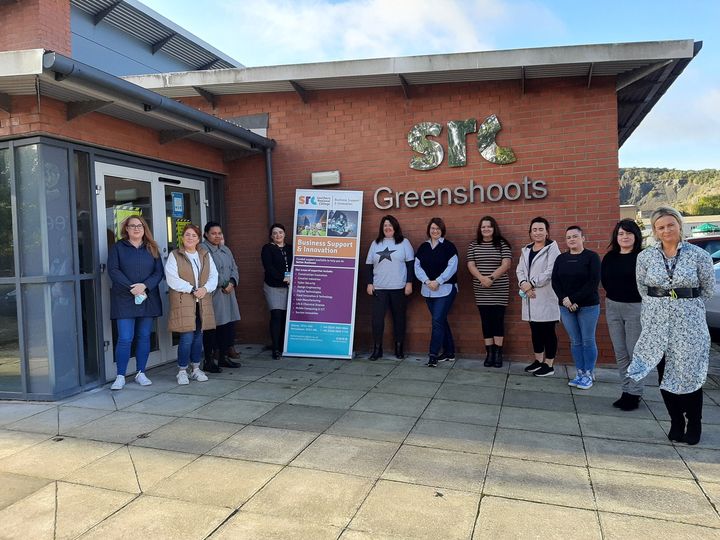