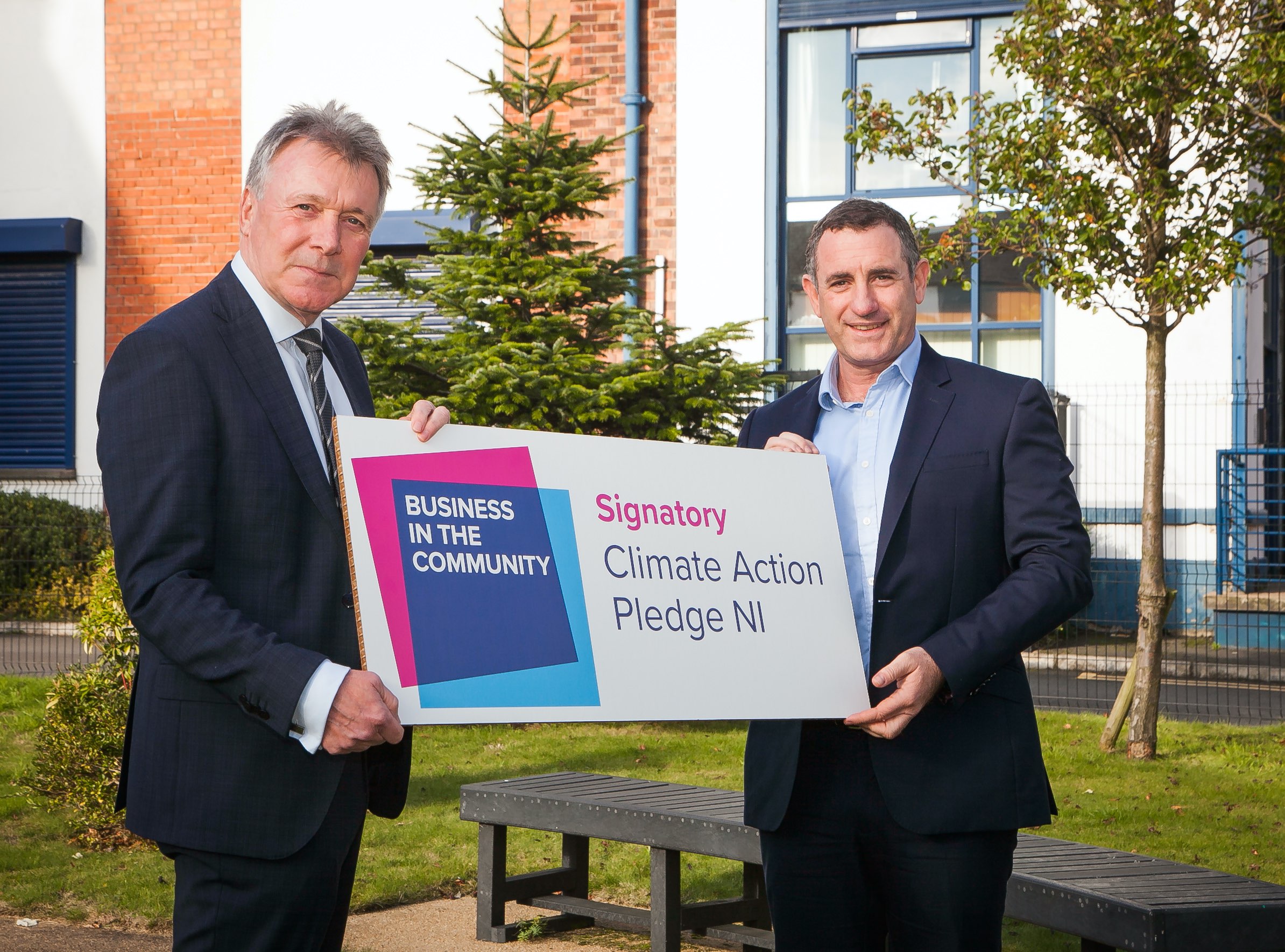 RiverRidge Pledges a 50% Cut in Carbon Emissions by 2030

RIVERRIDGE, Northern Ireland’s leading waste management company, has today (8 December 2021) signed the Climate Action Pledge to reduce its greenhouse gas emissions (GHG) by 50% by 2030, and play its part in limiting the increase in global temperatures to 1.5C.

The Climate Action Pledge is an initiative of responsible business network, Business in the Community Northern Ireland (BITC), which inspires and supports organisations to act as a force for good, convening business to tackle key societal and environmental issues. By signing the Pledge, signatory organisations, including RiverRidge, commit to reducing their absolute scope 1 and scope 2 greenhouse gas emissions by 2030; and to work towards measuring and reporting their scope 3 GHG emissions.

This also comes at the same time as the ongoing consultation of the draft Green Growth Strategy, which was launched by the Northern Ireland Environment Minister, and sets out a vision to combat climate change, but also includes the many challenges ahead including becoming carbon neutral, tackling plastic pollution and achieving zero waste.

Brett Ross, CEO of RiverRidge said “After COP26, it is vital that companies in Northern Ireland like ourselves set clear, ambitious targets that meaningfully address the climate crisis. The waste sector is unique in the supply chain as it provides a service to every other sector and therefore, any climate change action taken will have an exponential impact.”

“Our sector must continue to be innovative and look at our business operations to see how we can reduce our carbon footprint. We must pioneer ways, for example, of converting resources such as plastic and paper from heavily co-mingled residual waste streams into viable and reusable resources. All of this resonates with the vision of Environment Minister Poots’ Green Growth Strategy, which is much welcomed.”

“At RiverRidge, we have and continue to invest heavily in projects that will see the company redirect resources such as plastic from our customers’ waste streams, towards treatment processes which are far less carbon intensive than incineration and which will have a real and meaningful impact on the UK’s Greenhouse Gas (GHG) emission levels.”

RiverRidge is a company that has been at the forefront of change and innovation over the last 10 years. It has contributed to substantial change that not only impacts the resource efficiency of the company, but has had a real and meaningful impact on its customers, including local Councils and large and small commercial entities.

Where the impact has been greatest and where significant steps have been made, in addition to encouraging recycling, is that they have ensured waste is diverted from landfill. Reliance on landfill in Northern Ireland has reduced from a high of 64% in 2011 to a level of 22.8% in 2020/2021, and while some of this improvement is down to better recycling efforts generally, such a transformation would not have been possible without the significant advances being made by RiverRidge and the scale of its operation in Northern Ireland. There is no doubt this has had a significant impact on Northern Ireland’s carbon footprint.

Kieran Harding, Managing Director, BITC NI, said: “Signing the Climate Action Pledge is an act of public accountability that proves to an organisation’s stakeholders, customers and employees that they are taking ambitious action on the climate crisis”.

“To make a real difference, businesses need to collaborate and act now. We are delighted that RiverRidge has joined our growing group of Northern Ireland organisations that have made a public declaration to take action urgently.”

Reinforcing RiverRidge’s commitment, Brett added, “We have also recently begun developing an Environmental and Sustainability Governance (ESG) structure that will, when published, allow all our stakeholders to view our progress along this journey and ensure we remain accountable for our actions.” 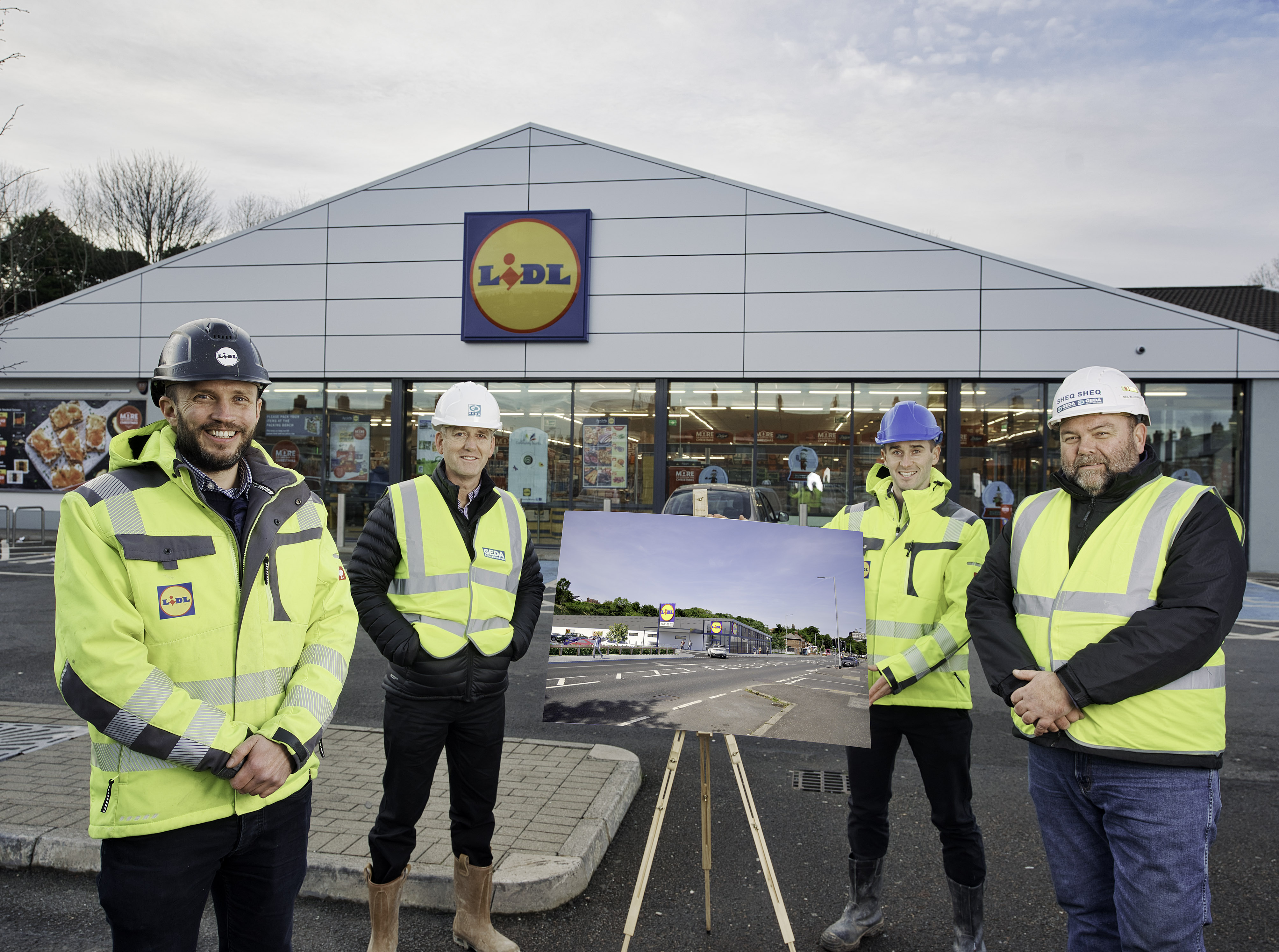