Lidl Northern Ireland, the region’s fastest-growing supermarket, is to build three new state-of-the-art stores in a direct £18 million investment which will see the retailer bring its high-quality, low-price offering to more shoppers in Greater Belfast and County Down.

A new 2,206 sq. metre Lidl Northern Ireland store at Carryduff will be a significant part of the centre’s wider regeneration which will also include four new retail units, a café, a Drive-Thru unit and more than 200 parking spaces. More than 35 new jobs will be created at the new store and a further 200 will be supported during its construction. Once occupied, the retail outlets could also support an additional 100 jobs.

“I welcome this significant investment to the Carryduff area which will rejuvenate the former shopping centre site and serve as a new focal point for the town centre. Lidl Northern Ireland’s decision to continue to invest here is evidence of the advantages of setting up business in Lisburn Castlereagh. We have excellent infrastructure, access to a talented workforce, and great local supply chains.”

Plans to relocate Lidl Northern Ireland’s existing store at the junction of Castlereagh and Montgomery Road to a new adjacent site on Castlereagh Road are also progressing following an earlier approval by Belfast City Council and it is hoped that construction will start early in the New Year.

Occupying a much larger site of 11,575 sq meters, with an impressive 1,420 sq metre sales floor, the new store represents an £8 million investment for east Belfast and will create a further 10 permanent new retail jobs on top of the existing 25 employees when it opens in July 2022, supporting a further 200 jobs indirectly during construction and development.

Permission has also been granted for a new replacement Lidl Northern Ireland store at Shore Road in the north of the city. Redevelopment plans were approved by Belfast City Council which will see the retailer’s existing store redeveloped in a £4 million investment. The store will close from Wednesday 5th January to facilitate construction work.

The new-look store will sit on an expanded site occupying 10,250 metres, with a sales floor of 1,420 sq metres, and reflect a modern new design with glass-fronted glazing, landscaping and a larger car park. 13 jobs will be created to add to the existing workforce of 22 to accommodate the larger store, with an additional 200 jobs supported during the development and construction phases.

Northern Ireland’s fastest-growing supermarket said the investment drive was part of a long-term plan to grow Lidl’s store network to 50 stores across the region and follows its announcement last year to commit £32 million in developing five new stores in the Greater Belfast region.

“Lidl Northern Ireland is engaged in a substantial investment programme to not only grow our store network across the region but to redevelop and rejuvenate existing older sites. I’m delighted to confirm that we are now moving ahead with plans to relocate our existing store at Castlereagh Road to an adjacent site, to redevelop and expand our existing Shore Road store and contributing to the rejuvenation of Carryduff Shopping Centre.

All three store locations are on key sites, positioned in prime locations that serve a large community base. We’re pleased to have worked closely with local residents, businesses, community groups and councillors to bring these plans forward.”

In November 2020, it opened its landmark 40th store at Holywood Exchange Retail Park in the outer east area of the city and earlier this year opened a brand new store at Hillview Retail Park, Crumlin Road in the city’s north-west.

Plans have also been submitted for the fifth store, a new £10 million state-of-the-art store at Boucher Road, Belfast, encompassing a 1,420 sq metre sales floor, 148-space car park and 500-sq metre drive thru café. Once approved, it is anticipated the new store will open next year and support up to 70 permanent new retail jobs.

Confirmed as Northern Ireland’s fastest-growing supermarket by Kantar, with 12.2% year-on-year sales growth in 2021, the retailer contributes around £180 million a year to the local economy, sustaining 3,500 jobs while buying and exporting as much as £290 million worth of local goods and products. 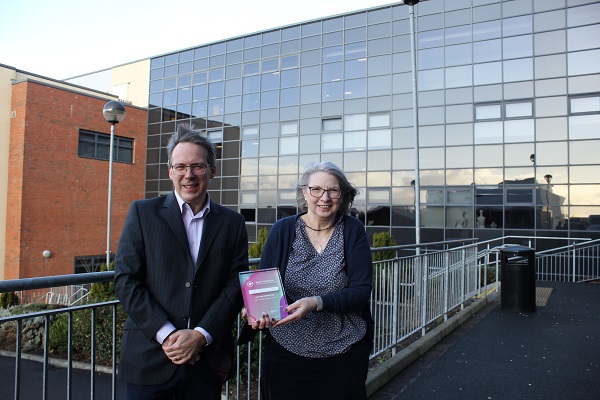