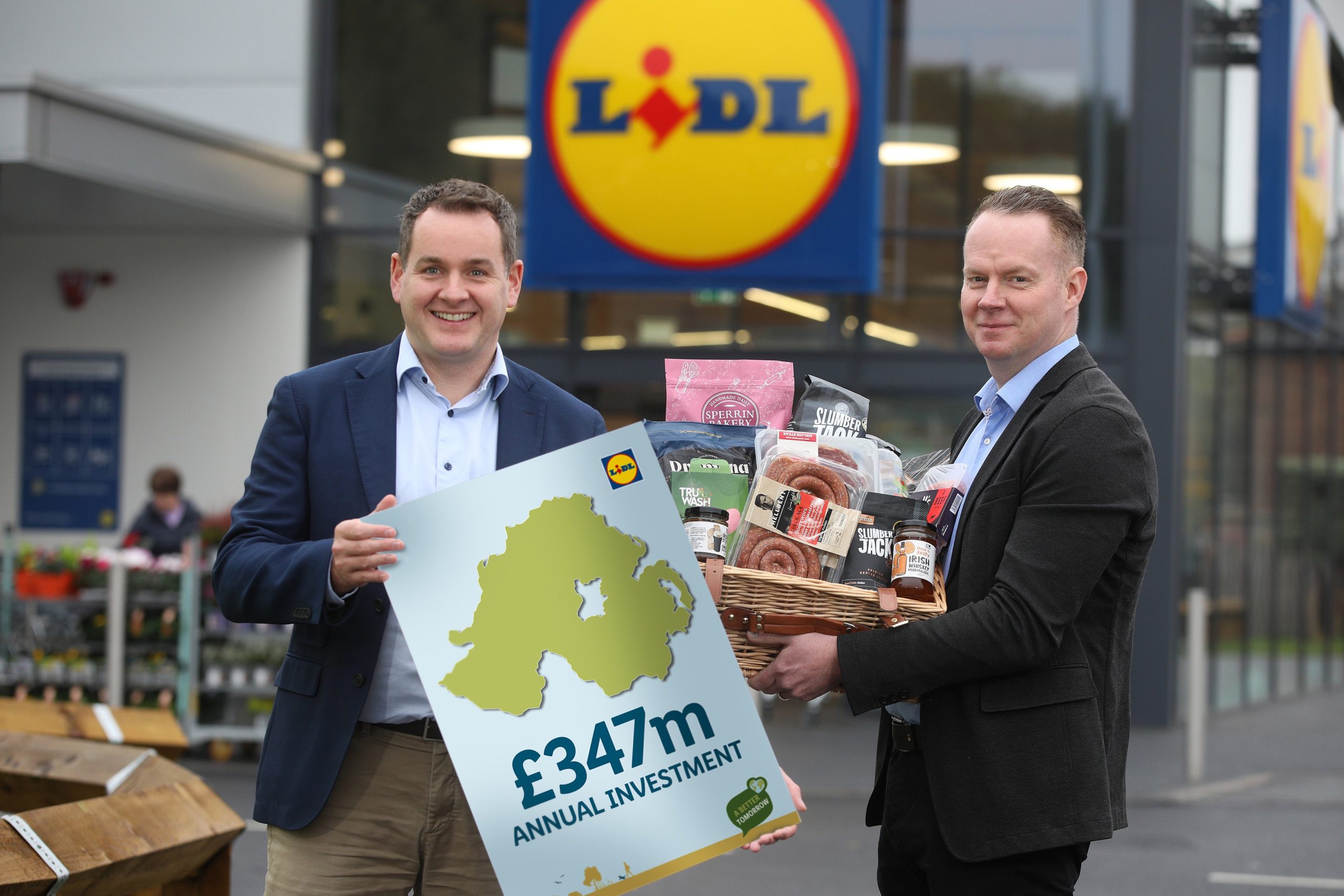 Developed with the support of the Northern Ireland Food & Drink Association, the new report highlights the retailer’s significant economic contribution to the agri-food industry and underscores its longstanding commitment to sourcing produce locally.

The report also found that of that £347 million, £298 million worth of goods procured by Lidl Northern Ireland from suppliers in the region was exported globally through Lidl’s expansive store network, reaching new customer bases across Europe from Great Britain and Ireland as far as Romania, Greece, Cyprus and even to the USA.

“Locally, our food and drink sector is Northern Ireland’s largest manufacturing sector, contributing £4.9 billion in value added to the region and supporting some 113,000 jobs. It’s a huge driver of economic growth and this report by Lidl Northern Ireland demonstrates just how significant its supplier relationships are not only to its ongoing success, but to supporting an entire network of local producers to grow and export.”

Alongside its established supplier network, Lidl Northern Ireland is also committed to supporting SMEs and home-grown businesses to realise their potential through its industry-leading Kickstart Supplier Development Programme. Now in its fifth year, the retailer has invested more than £1 million in growing more than 30 local suppliers through the initiative.

“NIFDA has been a supporter of Lidl Northern Ireland’s Kickstart Supplier Development Programme for the past couple of years and it’s inspiring to see a retailer so committed to local sourcing and cultivating home-grown suppliers to future success. The platform has led many SMEs to become household names through this platform and provided ongoing support to many more to grow their potential”, added Michael Bell.

With 41 stores and more than 1,000 employees, Business Eye’s Retail Company of the Year, Lidl Northern Ireland has powered through two decades of growth with its high-quality, low-price proposition since it opened its first store in Cookstown in 1999. Since then, the retailer has firmly embedded itself as a local brand, with stores strategically built within the heart of communities and a commitment to supplying fresh, home-grown produce at exceptional quality and value.

“Our established “Big on Quality, Lidl on Price” brand proposition continues to resonate with shoppers and particularly during these challenging times, we’re seeing even more customers make the switch to Lidl Northern Ireland. A huge part of our success is down to our supplier partnerships and being able to offer customers unrivalled choice, quality and value.

Our fantastic suppliers represent the best of Northern Ireland’s food and drink industry. Through our supplier partnerships and initiatives like Kickstart, we’re proud to be able to showcase our best performing suppliers on the global stage through our Lidl network. As we look ahead to the next decade, we look forward to nurturing new and fruitful supplier partnerships and supporting even more local businesses to success.”

The report launch coincides with the publication of Lidl Northern Ireland’s financial results for the 2021/22 period which recorded turnover of more than £369 million – up 7% on the previous year.

“Our longstanding position of Northern Ireland’s fastest-growing supermarket is testament to our established business model focused on investing in our local supplier network and bringing great quality, locally sourced fresh produce at great value to nearly half a million weekly shoppers across the region.

Our consistently strong business performance allows us to continue to invest resources in expanding our local supplier network as well as our network of stores in the region, which has grown significantly over the last decade. We’re looking forward to building on this even further in the years ahead, working with more farmers, growers and producers to champion the region and promote its unrivalled credentials for exceptional quality produce through our global store network.” 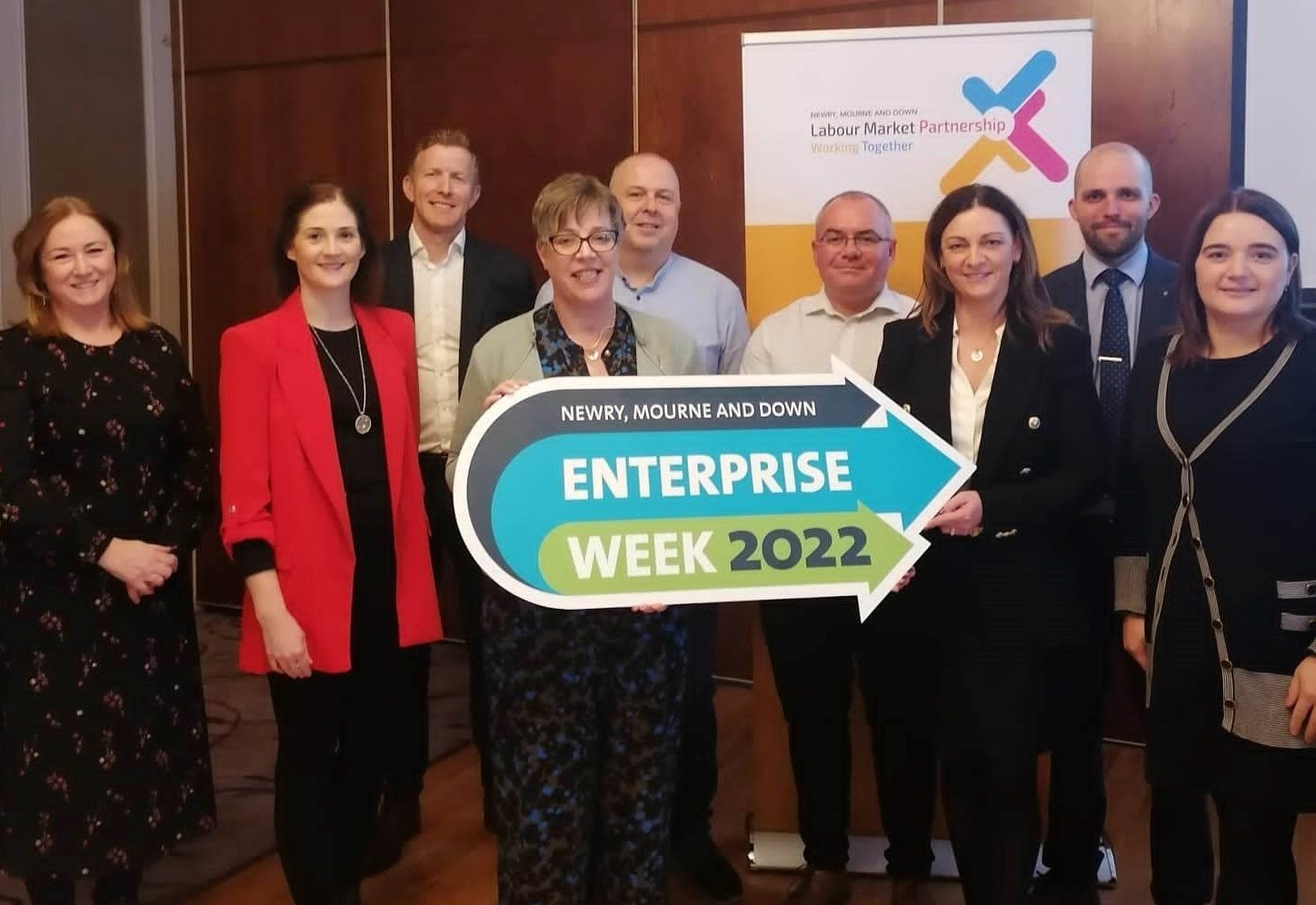