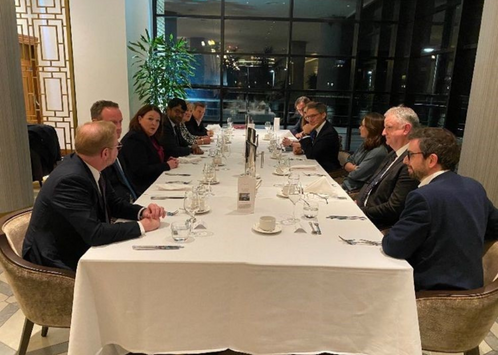 October has been another busy month for the Public Affairs team with the timeframe for local parties to form an Executive expiring. Over in Westminster, we have seen Liz Truss being replaced by Rishi Sunak as Prime Minister, following her resignation after less than 50 days in office.

Since the publication of our Q3 Quarterly Economic Survey, in partnership with BDO Northern Ireland, our priority has been to highlight that most businesses are telling us that they are continuing to trade well or at least reasonably, despite the challenges. However, many businesses are now at a tipping point with 1 in 5 saying that they are just meeting costs. We have been making clear to our political stakeholders that at the very least this demands a government that moves immediately to get a budget in place. As we headed towards the deadline for forming an Executive, on 26 October our President and Vice President released a statement to this effect which received widespread attention in the media.

In congratulating Rishi Sunak on becoming our new Prime Minister in a statement on 24 October, our Chief Executive Ann McGregor pressed the new administration to do all that they can to restore decision making to Northern Ireland.

As no Executive has been formed, we have made clear to the UK government that we would like to see an Energy Taskforce formed immediately. It should be established by the UK government in partnership with the relevant Executive departments and stakeholders to deal with the energy crisis, protect security of supply and ensure that in doing so we act in lockstep with the statutory targets on the low carbon transition.

We will continue to monitor the situation and if an election is called we will approach it like any other in highlighting our priorities to all the parties on competitiveness, a skilled and inclusive workforce and a sustainable economy.

On the Northern Ireland Protocol, we have been busy encouraging both the UK and EU to continue with the current talks process in good faith.

Along with our industry colleagues that form part of the Business Brexit Working Group, we continue to call for an inclusive negotiation process that involves all the relevant NI stakeholders, the prioritisation of the Northern Ireland consumer and the protection of our producers. We acknowledge that this will require a significant step up in ambition on the technical outcomes for both sides. To that end, in the last three weeks we have welcomed engagements with a wide range of political stakeholders including the US Ambassador to the UK, Conselor Derek Chollet (adviser to US Secretary Blinken), the EU Parliament’s Committee on International Trade, the European Economic and Social Committee, and later today we will travel to Dublin to meet with the French Minister of State for Europe.

If you have any queries the above or issues of policy impacting your business, please contact Stuart Anderson, Head of Public Affairs on Stuart.Anderson@northernirelandchamber.com. 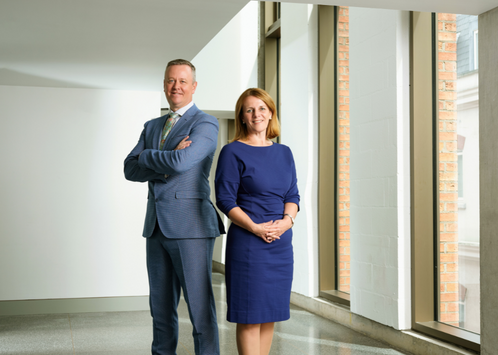 A pivotal moment for the NI economy: Statement from the President and Vice-President