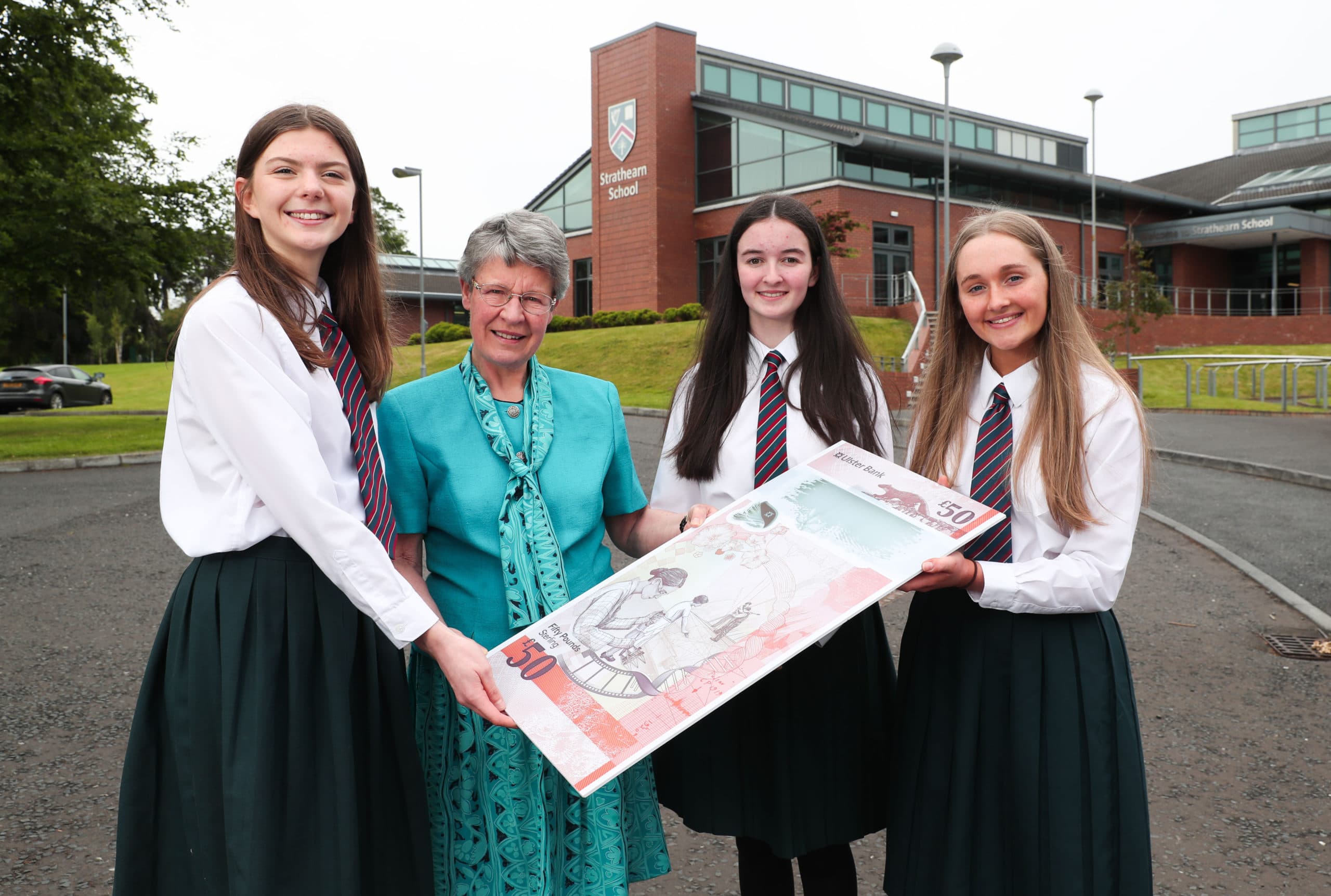 Dame Jocelyn, who was only the second woman to be awarded the Royal Society’s highest prize, the Copley Medal, made the comments during a surprise visit to an East Belfast School to mark the introduction of Ulster Bank’s new £50 note which goes into circulation next week (15th June).

Pupils at Strathearn School had been studying Dame Jocelyn’s Nobel Prize-winning work in recent months and were delighted to find the woman herself entering their classroom to take a lesson.

In addition to speaking about astrophysics, Dame Jocelyn talked with the pupils about science as a career and about how pleased she is to have women in science and her work feature on the new bank notes.

Dame Jocelyn said: “This will help raise the profile of women in science, which is a really good thing. I am passionate about encouraging more women to pursue scientific careers and I think it’s something that is very important for Northern Ireland. There is a burgeoning scientific sector here. More women pursuing careers in science will support that ongoing growth.”

Sandra Wright, Senior HR Manager at Ulster Bank said: “The note designs are a celebration of the people and places of Northern Ireland, building on the designs of our £5, £10 and £20 notes. But this new note has a particular focus on women and women’s role in life and science here, including amazing achievements such as Dame Jocelyn’s discovery of pulsars. We are really honoured to have Dame Jocelyn in Belfast to help mark the new notes coming into circulation next week.”

Mrs Nicola Connery, Principal of Strathearn School, said: “At Strathearn, we see many of our girls demonstrating a passion for the STEM subjects from an early age and, in recent years, have seen a notable increase in the number of pupils choosing to pursue careers in this space after school. They were hugely inspired by Dame Jocelyn Bell Burnell’s incredible knowledge and wisdom on her visit to the school today, and benefited greatly from her insight and advice around careers in science in particular.

“We are extremely grateful to Dame Jocelyn and to Ulster Bank for this tremendous opportunity, which will no doubt prove to be a standout highlight of their time at Strathearn for our girls.”

Terry Robb, Head of Personal Banking in Northern Ireland, added: “The new polymer notes last two-and-a-half-times longer than traditional cotton notes, making them more sustainable and environmentally friendly. Their advanced security features also make it easier for customers to protect themselves from being a victim of fraud.”

Dame Jocelyn, who was born in Northern Ireland, is considered one of the world’s foremost astrophysicists. Her pulsar discovery was a sensational find, recognised with the Nobel prize for physics in 1974. She has since been a trailblazing promoter for women and the marginalised in science and was the first woman to be president of the Institute of Physics.

The date for withdrawal of the paper £50 notes is yet to be announced and customers can continue to use them until this time. However, Ulster Bank is encouraging customers to begin exchanging them now for the new polymer notes in any of the bank’s branches across Northern Ireland. 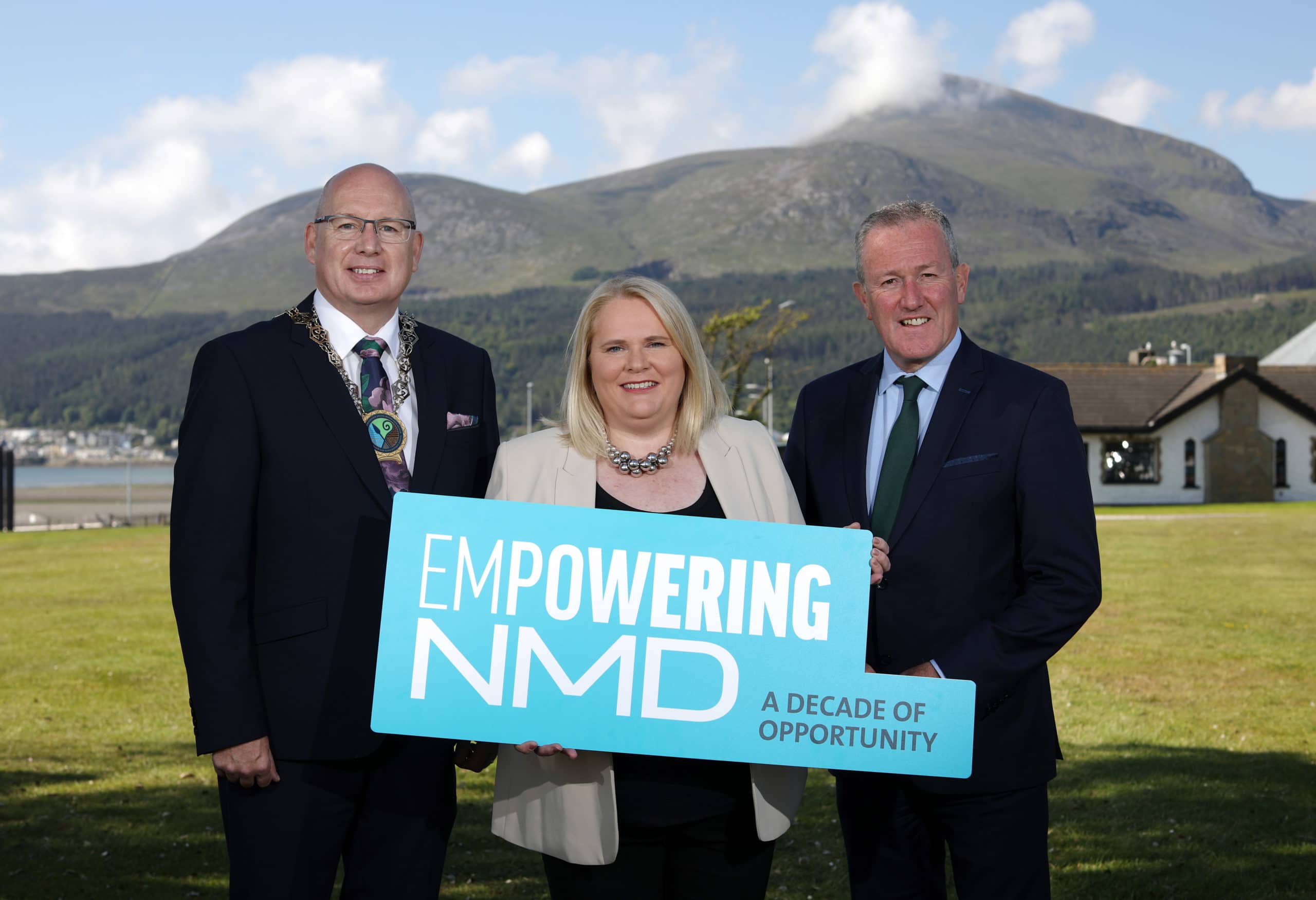 Decades of success on the cards for Newry, Mourne and Down as District plans to make most of City Deal and unique location