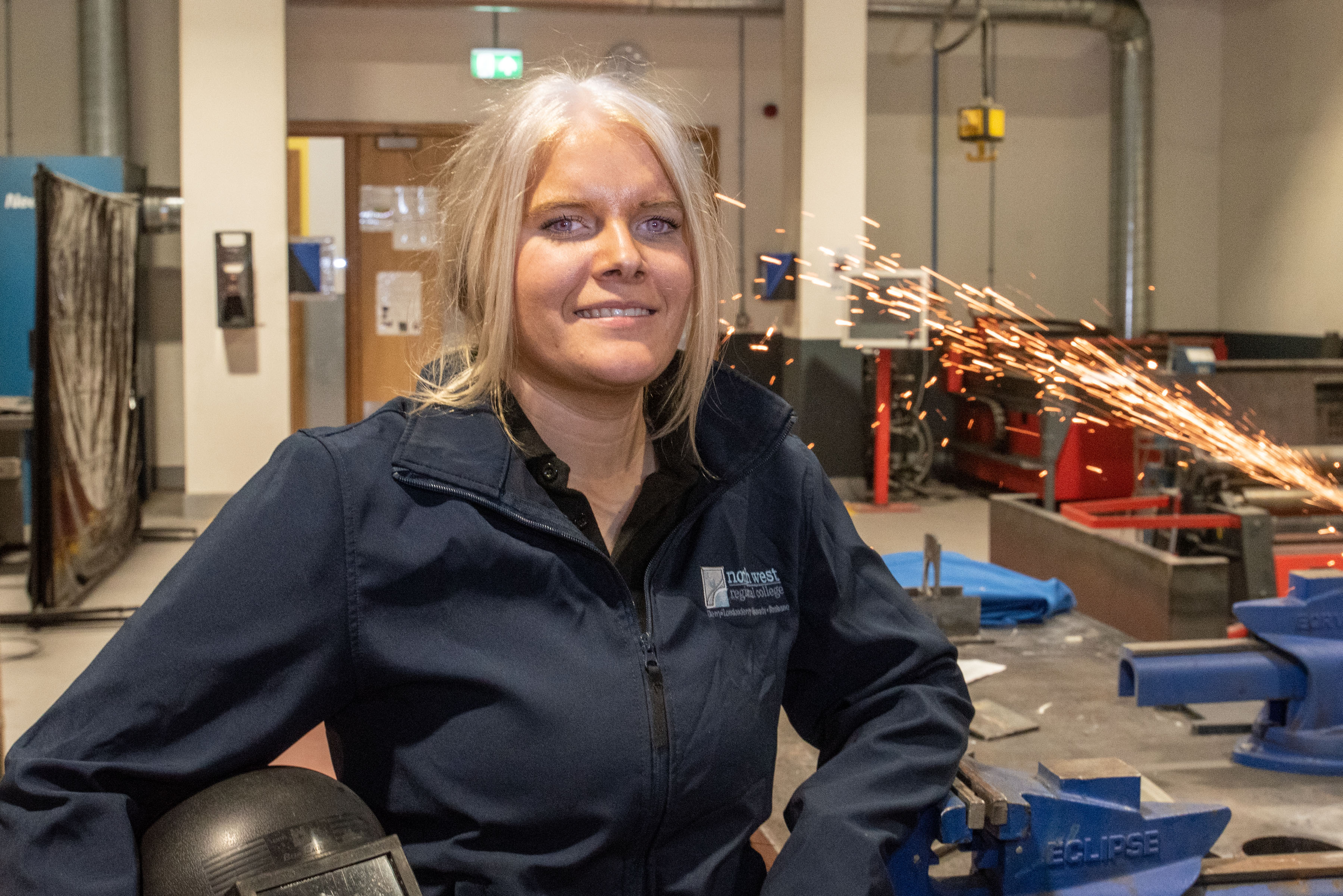 Shannon Cartin, 25, is now working as a full-time lecturer at NWRC Springtown, the campus she joined when she was 16 for a four-year apprenticeship in fabrication and welding. She’s since gone on to work for some of the North West’s top engineering companies.

Ahead of Apprentice Week (February 7 -11) Shannon from Claudy, says she hopes her story will inspire other young people into careers in Crafts and Trades.

“People ask me all the time why I chose to become a welder,” said Shannon, “but the truth is it just happened. I was finishing my GCSEs at St Patrick’s and St Brigid’s and my father asked me what I wanted to do next?” To his surprise I replied: “I’m going to be an engineer.’ A neighbour down the road who owned his own welding business at the time found out and came knocking on the door and told me I was coming to work for him. And that was that. I was 15, studying for my GCSEs and doing welding as a pastime. I got a real feel for it. The more I worked at it, the more I liked it. I loved the hands-on nature of it and being able to construct something from a couple of pieces of metal.

“I attended NWRC’s Open Day with my twin sister Tylor who was interested in mechanics. I asked if they did any courses in Welding and the next thing I knew I was in the Welding Workshop talking to lecturer Gerry Burke who would go on to become my teacher and mentor.

“It was a bit daunting at first, I walked into my first class at NWRC, and I was the only female student in the whole campus, but within a couple of days I made friends and was classed as ‘one of the boys.’

“My father asked me at 16 years of age was I sure this was what I wanted to do. I have a condition called Albinism and I am partially sighted, so I think my parents were scared I would get hurt, so were a lot of other people. I had to go through a number of health checks, but Gerry Burke helped me through it. By that stage I was set on doing it. I’m thran like that and if anyone tells me I can’t do something you can bet I’ll give it my all to do it better than anyone ever expects.

“I was a quiet and shy person when I was younger and one of those people that hated people making a fuss over my eyesight. Gerry and Brendan (lecturers) made minor adjustments to support me throughout the course, such as allowing me to feel the pattern of the torch while they were welding, making sure I saw what was happening in a demonstration, letting me ask far too many questions and If I needed something explained a second time, it was never an issue. “

Shannon secured employment with MCM Shed & Trailers where she fabricated various parts for car trailers, then moved on to Brian Scott’s Engineering where she welded and fabricated excavation digger attachments and completed her apprenticeship. She later went to work for Limavady company A C Engineering, fabricating gates and railings.

When Gerry Burke retired last year and his job became vacant, Shannon decided to give teaching a go and was appointed as a lecturer at the Springtown Campus. She is already having an impact on the industry as she currently has two female students on the welding course.

Shannon continued: “I never thought I’d see the day that I would become a lecturer, but here I am sitting at the desk that once belonged to Gerry Burke, the man who knows everything about welding and took me through my apprenticeship.

“Springtown Campus has been completely redeveloped since I was here. The students have an amazing workshop with state-of-the-art technology to train on. Gerry was once the only welding lecturer at NWRC, but as the college responds to the growing demand from local employers who need skilled welders in the local area, we now have four amazing Lecturers each bringing their own industry experience and knowledge to the next generation of welders.

“Of course, people are sometimes surprised when they come into the workshop and see a woman with blonde hair teaching the class, I’m used to that. When I was working in industry I often got mistaken for the secretary or the boss’s daughter, it then became a running joke.

“It’s a fantastic career to be in and I hope other young people who are making decisions about what to do in the next step of their lives consider learning trades like welding, plumbing and electrics.”

Shannon says that welding might not always be pretty or glamorous, but she couldn’t imagine doing anything else. 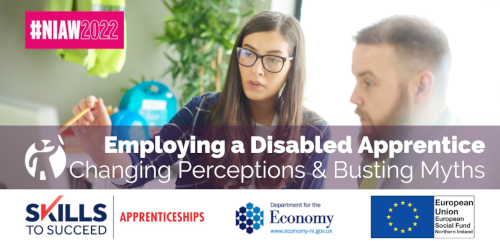