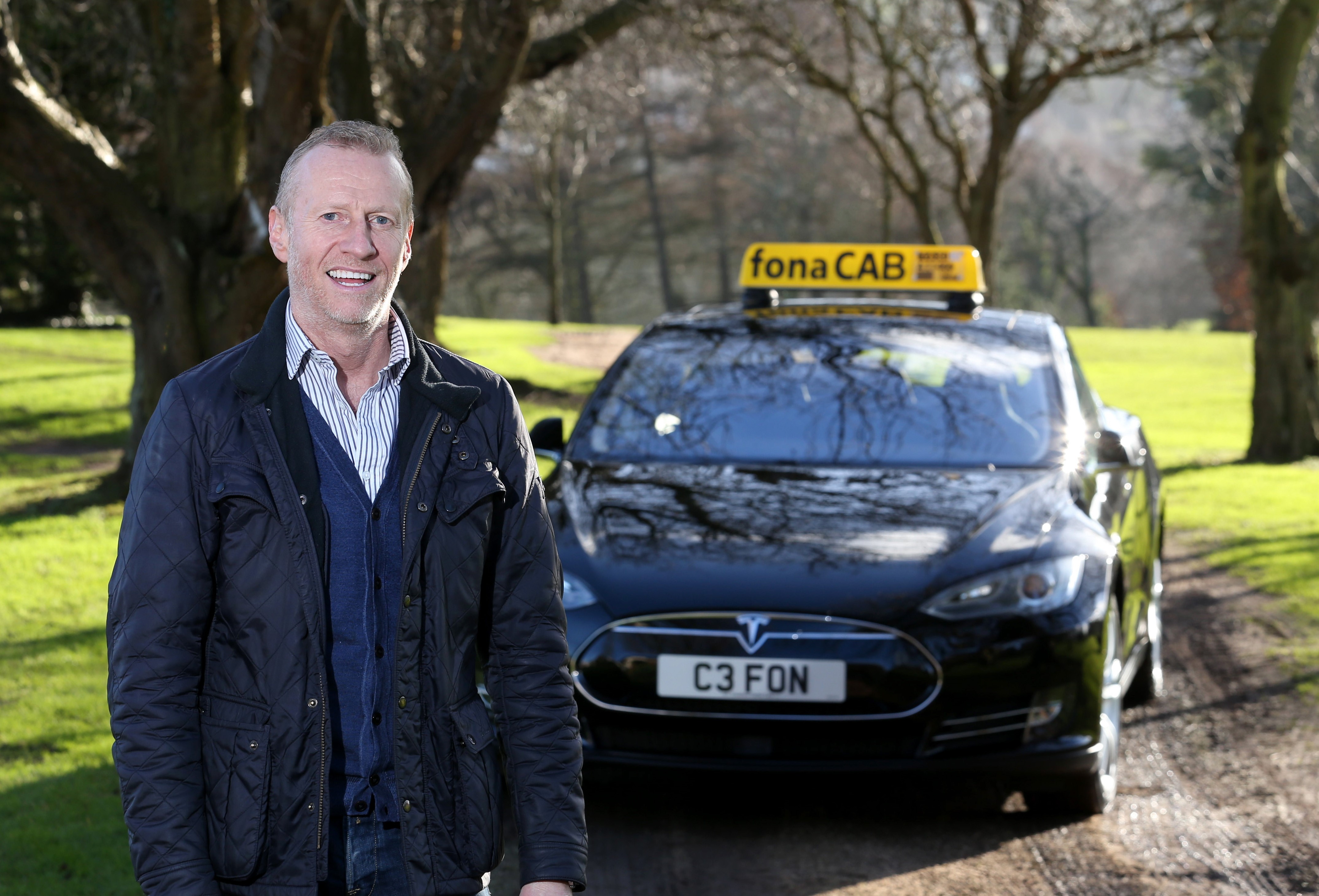 CEO of fonaCAB, William McCausland, says the taxi industry is facing a crisis. He is calling on Stormont to recognise the role it plays in the economy and engage with the taxi sector to resolve issues for operators, drivers and the businesses and passengers whose freedom and livelihood depend on its ongoing sustainability.

William has stressed that economic recovery and growth will rely on a sustainable transport system, within which the taxi industry plays a major role. A diminished taxi sector has consequences for the recovery of the hospitality sector and tourism in particular but will also have negative effects on the viability of town and city centres. Customers who have become accustomed to shopping, eating, and socialising at home during lockdown are now having difficulty getting to and from restaurants, bars, shops, and businesses. If this is not addressed, it will only contribute to them staying away.

Prior to the pandemic Ireland’s largest taxi firm, fonaCAB, was celebrating its biggest year to date. Driver numbers and turnover were up, around 30%, thanks to new acquisitions that took the firm further out of Belfast and along the M1 corridor.

The sector always had its challenges though, William McCausland says, but they’ve been compounded by Covid-19 and have now reached crisis point he adds, which could have lasting damage on what he calls “the fourth emergency service”.

“Before the pandemic we were completing around 120,000 jobs a week, which equates to around 14 million passengers a year,” the businessman begins.

“We also established a real foothold in areas like Lurgan, Craigavon and Portadown, with the guts of 200 cars in the area. In total we had 1400 drivers but fast track to today and we are sitting with around 900 and that’s a problem,” he says.

Now the economy is slowly reopening, William and his peers are unable to meet demand such was the haemorrhage of drivers out of the industry during the pandemic.  He says an ageing driver population contributed to that loss of drivers, many of whom were already considering retirement pre-pandemic.

But the flow of incoming drivers is far from accommodating that exodus. It’s an issue which is having consequences across the province, in both rural and urban areas. He explains some of the many reasons why.

“We need new drivers to come into the industry but the problem is there were very few new drivers coming in over the last five years even before Covid-19 happened.

“The theory and practical tests put drivers off, but now you have that and a lot of other issues deterring them.

“The pass rate for that test is low – last year there were only 22 passes from 111 tests. We’ve even had a qualified teacher fail that test on the first go. It’s not easy.”

Anyone applying to become a taxi driver must pass a two-part theory test before they can apply for the practical test. The process before becoming a taxi driver can also be costly, William says, sometimes reaching £400, which is another obstacle for incoming drivers.

“We are asking that the Department for Infrastructure temporarily rolls back taxi assessments to a pre-2016 position before the current tests were introduced and when you just had to do a medical and a background check with your standard driving license. The important thing is that you are healthy and a safe driver. You don’t need to be Einstein to drive, you need to be a safe driver, have a good mental attitude and a good way about you,” he adds.

“The test needs to be suspended or, at least, made easier and we feel in this post pandemic time we need drastic action, we need decisions made quickly to get the driver numbers up”

“We are all losing staff to delivery firms because why would you choose to drive a cab when you can drive for Yodel or Amazon without having to sit a test?” He asks.

If his, and other depot owners’ requests to simplify the test, albeit temporarily, are not met, William anticipates many challenges ahead that will be felt by not just the paying public but businesses, the night-time economy, emergency services and more.

“At the weekend at times we are refusing around 80% of our calls because we don’t have the drivers to meet demand. That can spell carnage on the street. Think about it, would you want to go out if you knew you would have great difficulty getting a taxi?

“If we continue with this shortage then we are looking at needing extra policing on the street to cope with anti-social behaviour, or we could see the rise of illegal taxis that aren’t regulated and put out ridiculous charges.

“We would also like to see the cap on maximum taxi tariffs lifted to encourage drivers to work at the weekends too. For the majority, they can make enough during the week that they don’t need to work weekends. The difference between weekday and weekend rates isn’t substantial enough to make it attractive for drivers.”

The taxi boss also hits out at loopholes in the system that have seen other firms operate using Class C categorised licences, meaning they do not have to abide by many of the rules and regulations his company must adhere to.

This includes names like Uber whose drivers are defined as chauffeurs under a class c licence. They also don’t have to display a traditional taxi sign.

“That’s unfair competition and it drives people towards unregulated fairs,” he adds.

Beyond the shortages of drivers, William is still gearing up for a bright and sustainable future, with a green agenda on the cards.

“We are embracing electric and hybrid vehicles and we’re working with the EV sector and other associations but there is a real problem with the charging infrastructure out there.

“We need bigger, faster chargers and more of them to support our needs,” he says.

FonaCAB has come a long way since its launch in 1962 when William’s father, Sidney, set up the firm. Today it is the largest service provider of its kind on the island of Ireland. Even comparing the business to a decade ago, William says: “10 years ago we were seeking customers and now drivers are the most valuable resource. And we recognise that and offer a system that allows drivers to work as seamlessly as possible. There are no shifts, drivers come and go when they like.

“Even in spite of the pandemic we’re still here and in operation but the industry is in crisis and it needs the Minister for our sector to be responsible and act to help.

“We believe that the taxi sector is a barometer of the economy and community at large and it’s vital if the Executive is to realise its aspirations for the recovery of the hospitality and tourism sectors.  Regardless, our bread and butter work is in transporting elderly people to a hospital appointment, a family home from the supermarket, kids to school and parents to work – We are needed by the public but we need support to entice more drivers into the job if we are to deliver the high standard of service that we and our customers have come to expect.”