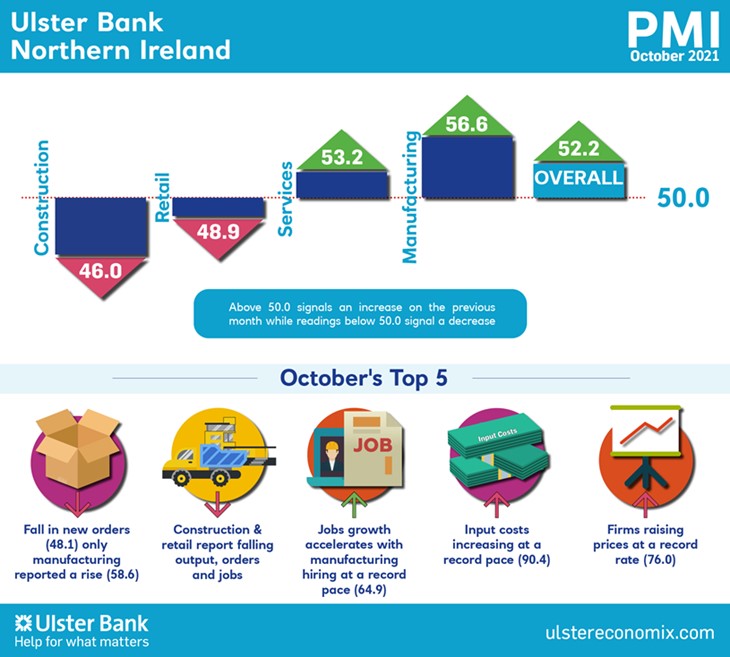 Today sees the release of October data from the Ulster Bank Northern Ireland PMI®. The latest report – produced for Ulster Bank by IHS Markit – signalled that surging price rises acted as a brake on the Northern Ireland private sector, restricting growth of business activity and contributing to a decrease in new orders. Both input costs and output prices rose at new record rates. On a more positive note, companies expanded their staffing levels at a sharp and accelerated pace.

“The sustained period of inflation and supply chain pressure are starting to bite on business performance. The rate of growth in business activity slowed during October while input cost inflation rose at a record rate. This isn’t surprising given the incoming news flow regarding energy costs and firms are passing these costs onto their customers by raising the prices of their goods and services at a record rate. Perhaps the most telling indicator is new orders which shows that incoming business fell for the second month running with all sectors bar manufacturing posting a fall in new orders. Construction saw the steepest decline, with firms citing price increases as a factor putting off customers. The one indicator that did improve in October was employment. Firms reported one of the fastest increases in headcount in the survey’s history. Manufacturing led the way in this, with firms in the sector posting the fastest rate of job creation on record. They are recruiting at pace to increase their capacity to deal with a buoyant order book and mounting backlogs.

“The inflationary pressures and supply chain disruption aren’t just impacting on the here and now, they are also impacting on the outlook. Survey respondents’ expectations for activity in 12 months’ time slipped to a nine-month low. Whilst manufacturing, retail and services firms still expect growth, construction businesses expect activity to fall. The latest survey’s theme of slower growth, higher inflation and supply chain disruption are expected to continue in the run-up to Christmas.”

The main findings of the October survey were as follows:

The headline seasonally adjusted Business Activity Index dipped to 52.2 in October from 54.0 in September, signalling a modest and slower expansion in private sector output as material shortages and price rises restricted growth. Inflationary pressures had an even greater impact on new orders, which decreased for the second month running. Construction firms in particular noted that price rises had impacted their ability to secure new projects. New business also decreased in services and retail, but rose sharply at manufacturers.

Both input costs and output prices increased at the sharpest rates on record in October as a range of factors led to inflationary pressure. In particular, firms reported higher charges for energy, freight and fuel, ongoing material price rises and increasing wage expenses. Higher costs were often passed on to customers. A further sharp lengthening of suppliers’ delivery times was signalled, with difficulties securing materials contributing to a build-up of backlogs of work. Companies made efforts to expand their capacity, however, raising staffing levels at a marked pace that was the fastest since May. Inflationary pressures and supply-chain disruption led to a more cautious outlook, with sentiment at a nine-month low. 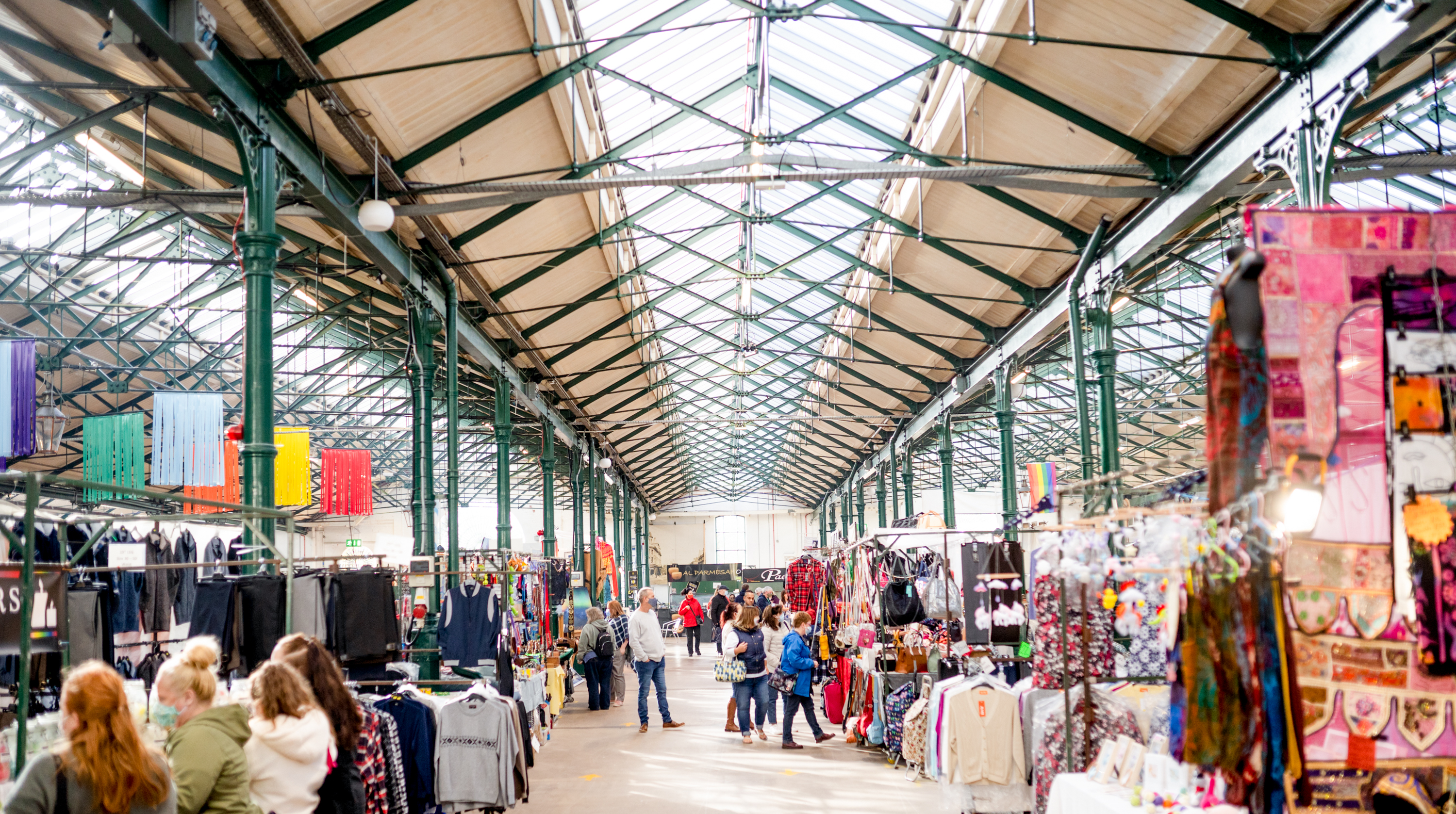 Belfast’s entrepreneurs get help to set out their stall