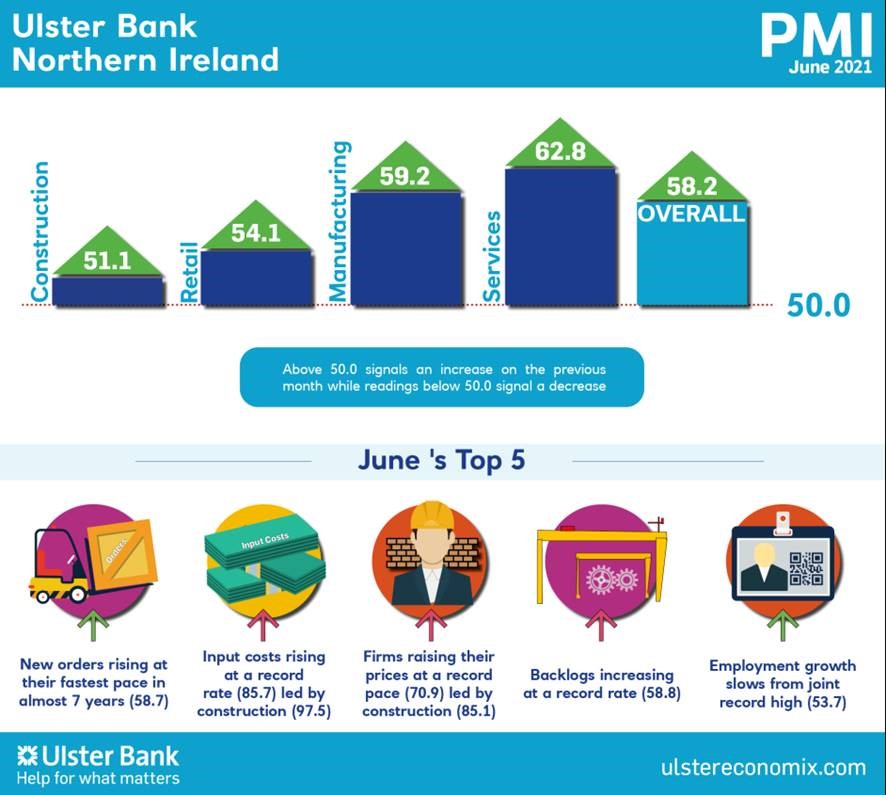 Today sees the release of June data from the Ulster Bank Northern Ireland PMI®. The latest report – produced for Ulster Bank by IHS Markit – signalled further strong increases in output and new orders as the loosening of COVID-19 restrictions continued. Inflationary pressures intensified further, however, with input costs and output prices both rising at the fastest rates on record.

“Northern Ireland has witnessed its best quarter for private sector growth – both in terms of output and orders – since Q3 2014 and the fastest rate of employment growth since Q2 2014. However, it was also the worst quarter for inflationary pressures in the PMI survey’s history.

“Looking specifically at June’s survey, firms once again recorded strong rates of growth in output and employment in the month, albeit the pace of expansion eased relative to May. All sectors saw their rates of job creation ease, with construction’s staffing levels falling. But services was the only sector to report a pick-up in business activity in June. Services firms reported their fastest rate of growth in business activity (62.8) in over seven years. This was not unexpected given that June was the first full month that the hospitality sector has been open since lockdown restrictions were eased. The robust rates of growth look set to continue in the short-term with order books filling up fast. New orders (58.7) increased at their fastest pace in almost 7 years, led by the services sector (62.1). Construction also posted its first rise in orders in seven months.

“Rising demand coupled with ongoing supply chain disruption led firms to increase their backlogs of work at the fastest pace in the survey’s 19-year history. Suppliers’ delivery times lengthened significantly in June with Brexit invariably cited for these delays. Meanwhile inflationary pressures continued to intensify with firms’ input costs – raw materials, wages, shipping costs etc – rising at a record rate. This has been an all too familiar story during 2021. Firms in the construction industry posted the steepest rates of input cost inflation with the index hitting 97.5! Businesses are passing these increased costs onto their customers at record rates. Once again, construction firms, followed by retailers, are posting the steepest price hikes. It is expected that supply chain disruption and significant inflationary pressures will be a feature of the business environment for the rest of the year and well into 2022.”

The main findings of the June survey were as follows:

The headline seasonally adjusted Business Activity Index posted 58.2 in June, down marginally from 58.7 in May but still signalling a sharp monthly expansion in output in the Northern Ireland private sector. Respondents indicated that the lifting of COVID-19 restrictions and higher new orders were behind the expansion in activity. The service sector registered the fastest increase in activity, closely followed by manufacturing. Looser COVID-19 restrictions also led to a rise in new orders, and one that was the strongest since July 2014. Substantial increases in new work, coupled with supply issues led to a record accumulation of outstanding business. Employment increased for the fourth month running. The rate of job creation was solid, albeit softer than the joint-record posted in May.

Both input costs and output prices increased at the sharpest rates on record in June. Higher prices for raw materials, increased shipping charges due to Brexit and global supply issues, and rising wages all added to input costs during the month. Companies in Northern Ireland raised their selling prices accordingly. Expectations of a further loosening of COVID-19 restrictions supported confidence in the 12-month outlook, although sentiment dipped to the lowest since March. 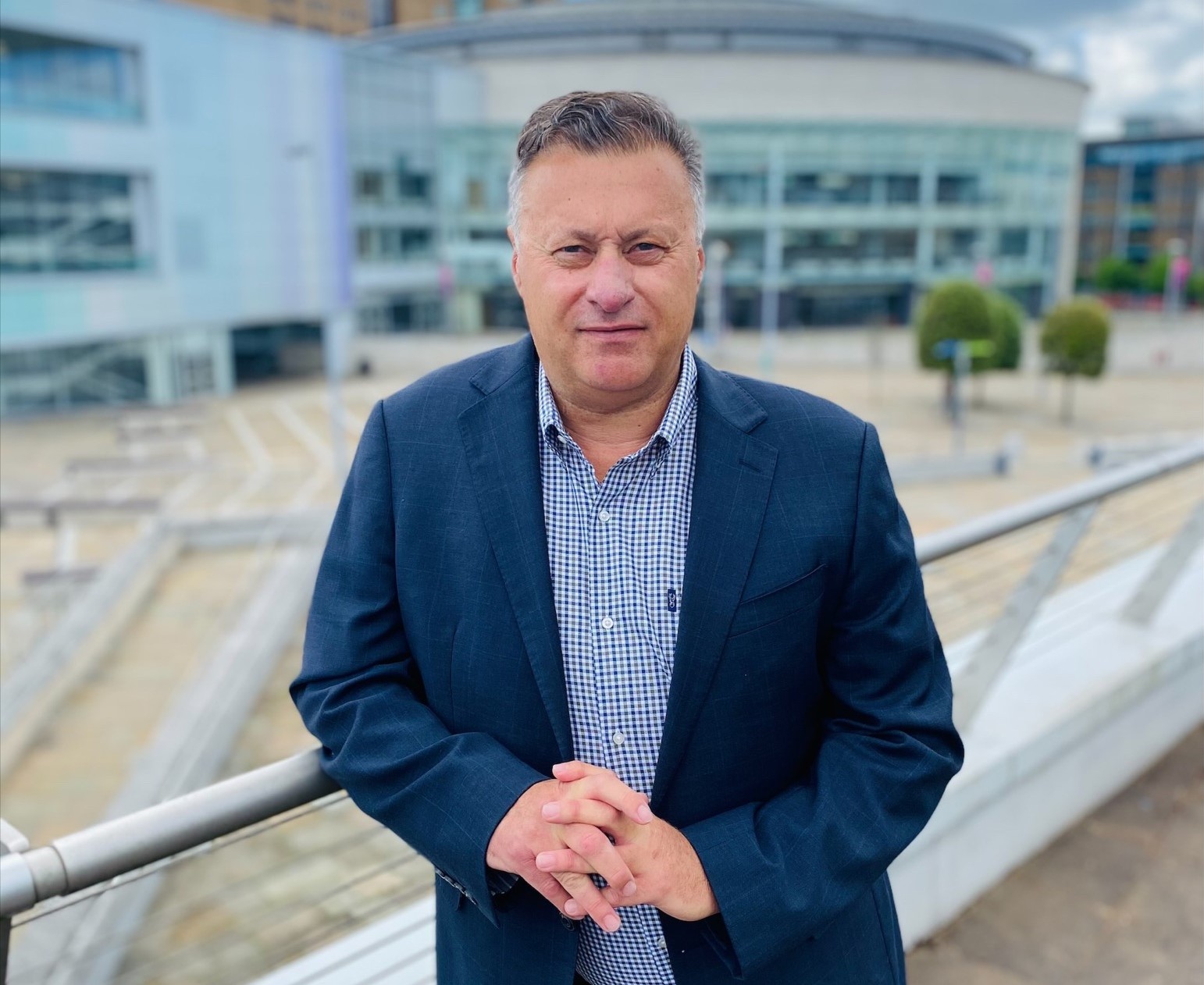