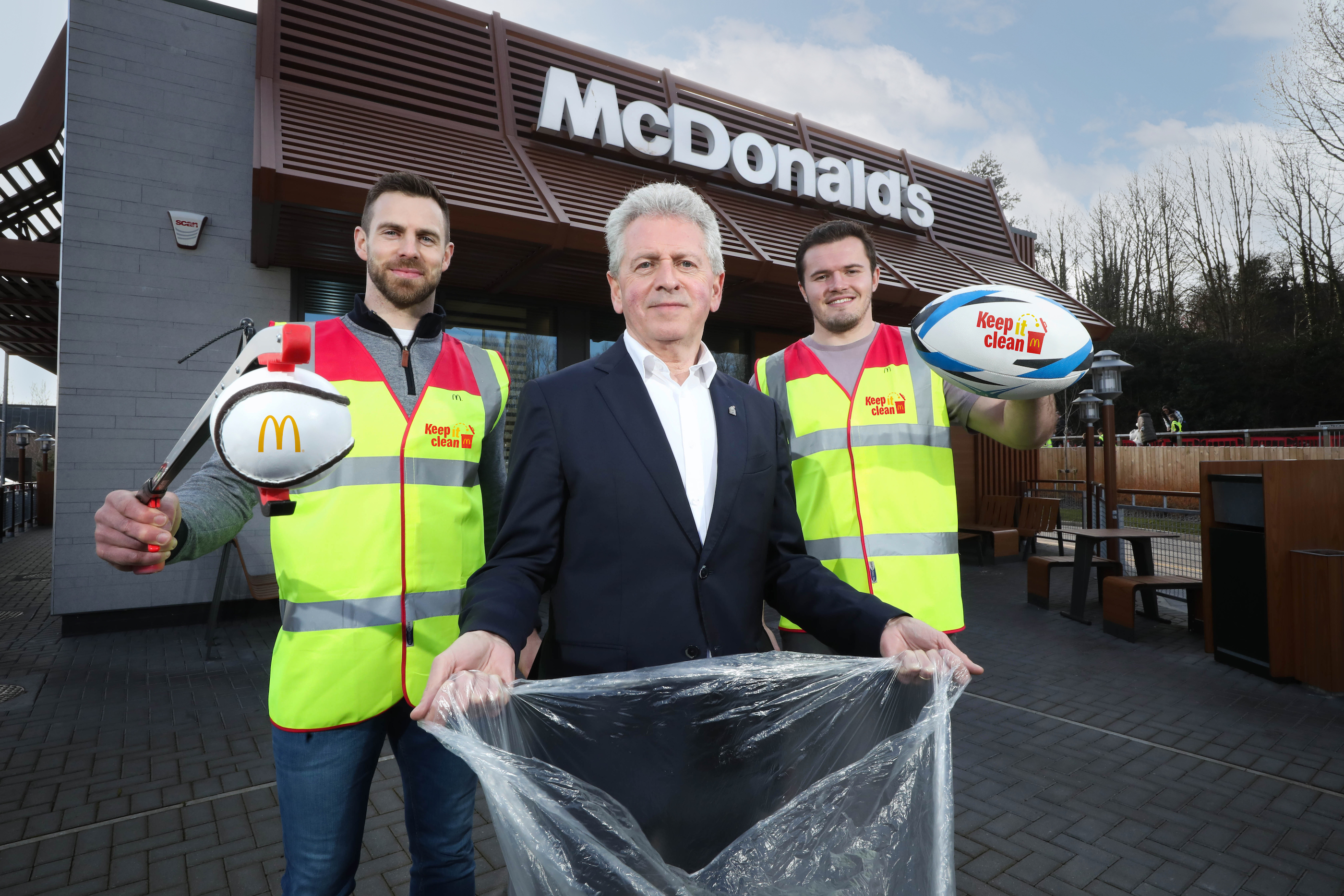 Sports stars join with McDonald’s to ‘Keep it Clean’

International rugby star Jacob Stockdale and Antrim GAA hurler Neil McManus have joined with McDonald’s to launch its new ‘Keep it Clean’ campaign, aimed at tackling litter in parks, on paths and along roadsides.

Kicking off with a special week of litter activity across its restaurants, the UK-wide campaign marks 40 years of daily litter patrols from McDonald’s restaurants across the nation.  During the week of 21st March, McDonald’s franchisees and crew members will be joined by suppliers, elected representatives and volunteers for hundreds of litter clean-up events in local communities across the UK.

As part of its ‘Keep it Clean’ campaign, McDonald’s will also be encouraging people to download LitterLotto. McDonald’s are exclusive partners with LitterLotto, incentivising people to bin their litter responsibly and rewarding them with cash prizes for doing so. Customers will have the chance to win instant prizes through the LitterLotto app just for binning their litter and will automatically be entered into a monthly jackpot draw which is a bumper £25,000 to celebrate the launch of ‘Keep it Clean’.

The campaign adds further to a wide range of litter initiatives rolled out by McDonald’s daily across the UK and Ireland. Litter patrols take place around every McDonald’s restaurant three times each day, with employees covering a total of 5,000 miles each week to pick up all waste, including packaging of other restaurants and retailers.

The first ‘Keep it Clean’ litter clean-up in Northern Ireland took place this week at the McKinstry Road restaurant in Belfast, where Franchisee John McCollum described the campaign as “reinforcing McDonald’s strong commitment to tackling the scourge of litter in Northern Ireland.”

“We take our environmental responsibilities extremely seriously,” John said. “We very much share our customers’ and stakeholders’ disappointment and frustration at seeing out outdoor spaces blighted by litter.

“Alongside our daily practical and operational initiatives, we are committed to investing in proactive campaigns like ‘Keep it Clean’ that help bring about behavioural change in relation to important societal and environmental issues such as littering.

“But we understand that litter picking is only half the battle. We want to go further to tackle the issue and will be launching series of new initiatives and campaigns over the coming months to encourage people to join us in our mission to ‘Keep it Clean’.’”

International rugby star Jacob Stockdale commented: “Littering is a very real and very serious problem in our local communities in Northern Ireland, so it’s fantastic to see major brands like McDonald’s playing such a proactive role in tacking the issue every day.

“But it’s a shared problem and something that we all must take responsibility for, so it’s inspiring to see so many people volunteer to get involved in these ‘Keep it Clean’ litter clean-up events.”

Antrim GAA hurler Neil McManus added:       “It’s so important that, collectively, we do everything we can to reduce littering and protect the environment around us.

“In addition to litter clean-up events like today, initiatives like McDonald’s partnership with LitterLotto are a great way of incentivising behavioural change around litter and I would really encourage people to get involved.”

LitterLotto is completely free to enter. To take part in the LitterLotto, customers need to capture a photo of themselves binning their litter and upload it via the LitterLotto app. As well as having the chance to win instant cash prizes, customers will be entered into the £25,000 jackpot prize draw. Find out more about LitterLotto and to download the App here: www.litterlotto.com 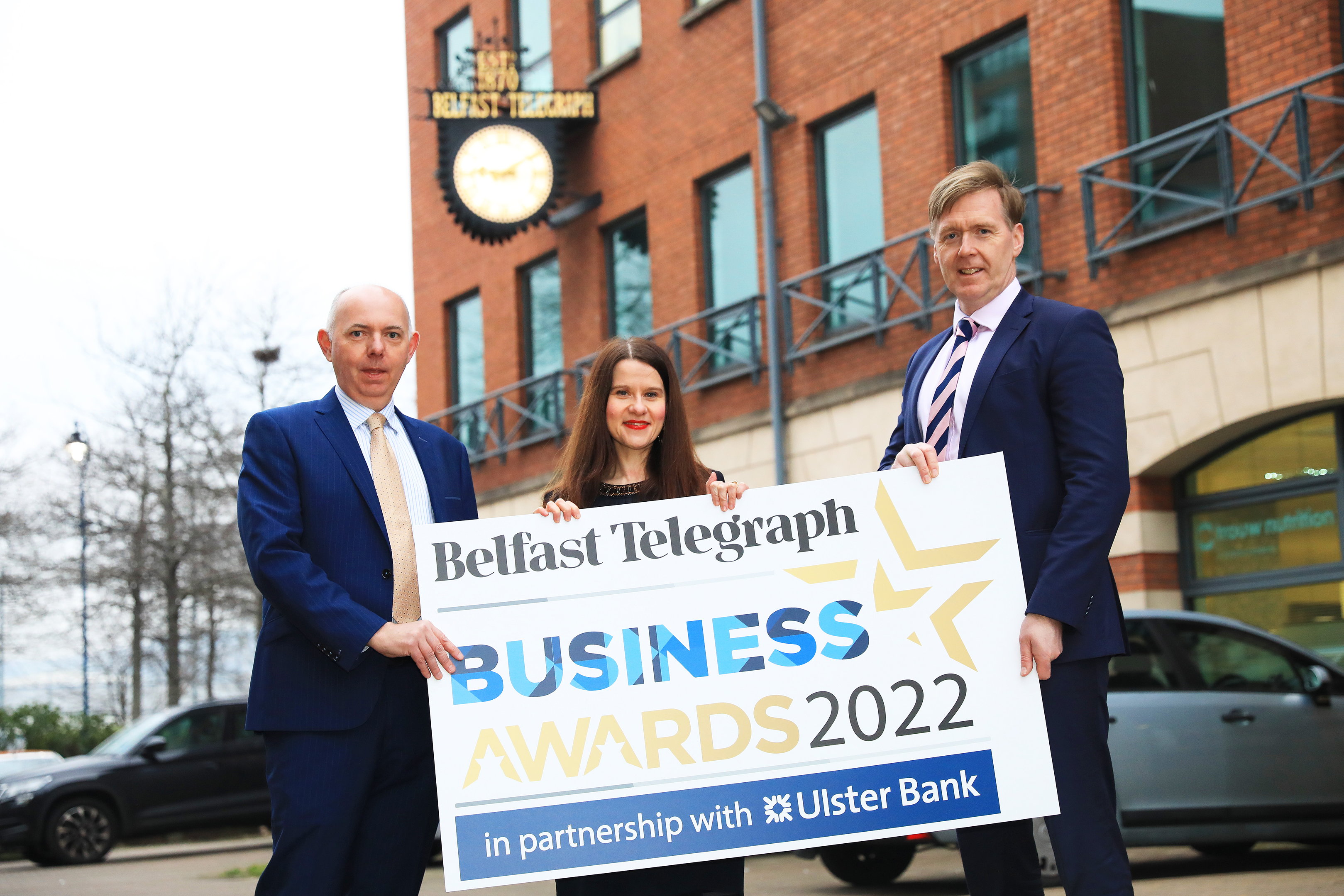