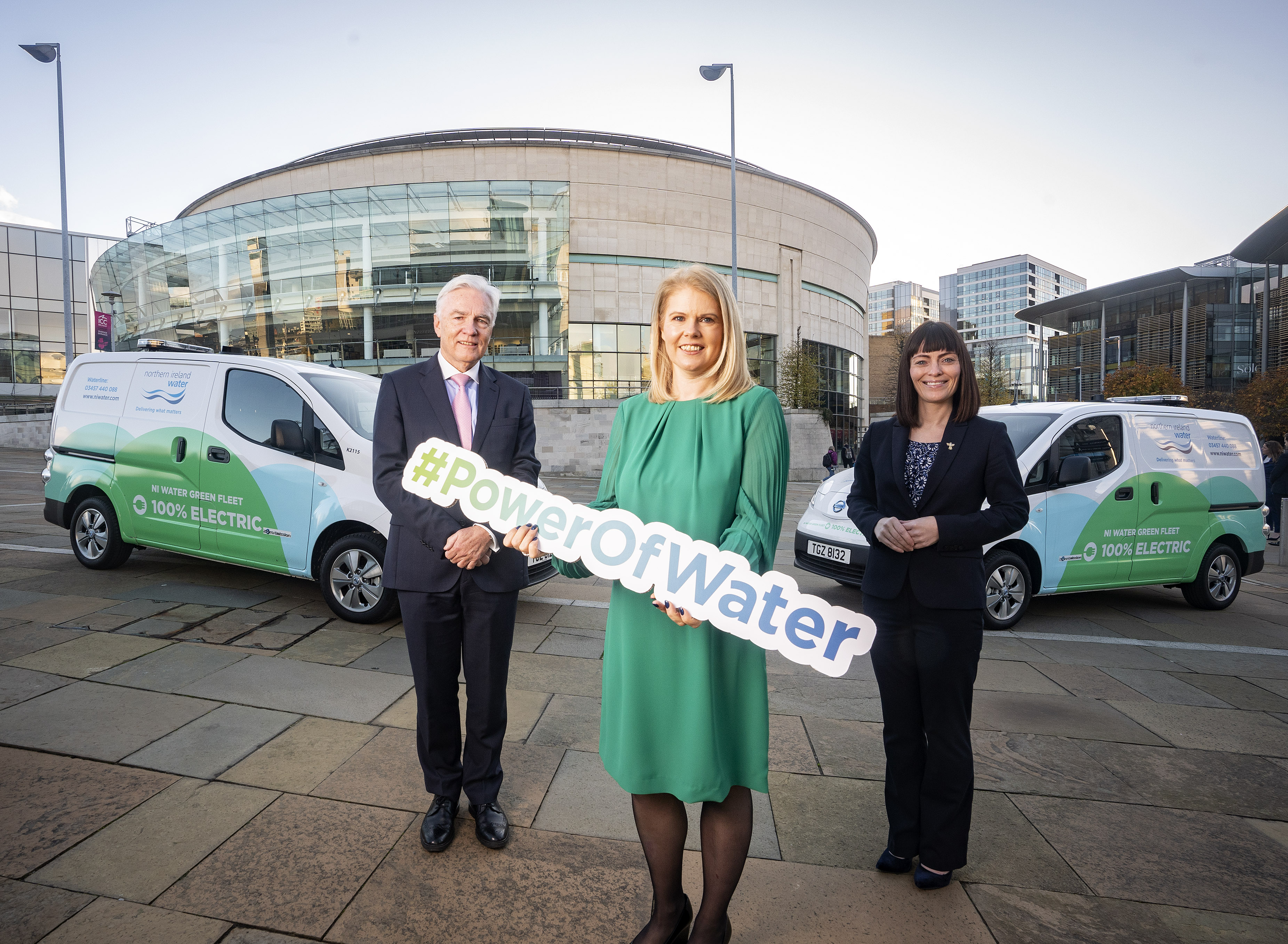 A different type of ICU was the subject at the launch of the NI Water Power of Water Report.  Innovate, Collaborate, Urgency – these were the three key messages if we are to decarbonize our energy system.  Northern Ireland could be a world leader but we need to act.

The Power of Water Report sets out a number of practical examples of how NI Water might be part of a wider decarbonisation agenda.  By moving electricity more off-peak, investing in batteries to store power, using its reservoirs as a potential source of hydro power and developing its use of electrolysers, NI Water believes it could act as a catalyst in:

Speaking at the event the Minister for Infrastructure, Nichola Mallon MLA, said:

“Whilst the COP26 conference is shining a global spotlight on the climate emergency, locally we can see the stark reminders that the climate crisis is threatening our environment and our way of life. Just this year we saw record high temperatures and prolonged dry spells that resulted in corresponding pressure on our water system. The message is clear – just as security of our water cannot be taken for granted neither can our planet. We need to act together and we need to act now to address the greatest global challenge of our generation.

“The Power of Water report and the event today has offered a really important opportunity for us to come together to share our experience and demonstrate cohesiveness in addressing the climate emergency facing us here. It has provided the chance to take stock of what we have done already to meet the challenge of climate change; and, secondly, the steps we could take to go further to make the economy right across this island sustainable, low carbon, low energy cost and therefore affordable.

“No one organisation or government department has the whole answer, just as there is no one lever or technology which can meet the Net Zero target.  It is the combination of different technology and policy drivers.  And it is as a prompt to that process of trial and error that I welcome the Power of Water report.  It is not, as it says, the final word, but an important staging post in drawing our attention to the right answers.”

“I have no doubt that Northern Ireland recognises the urgent need to respond to the Climate Emergency.   The question is, as Greta Thunberg has eloquently put it, can we turn “blah, blah, blah” into real action?   Can we summon the collective will and action to do what is necessary to turn “What might a net zero NI might look like?” into “What will a net Zero NI look like on, or before, 2050?

“And that really is the underlying question behind the Power of Water report and the purpose of our event.”

“Climate change is already affecting all of us, creating pressures our utilities historically weren’t designed to cope with, as the combination of the volatile weather and soaring energy prices this summer and autumn have illustrated.

“Addressing the effects of climate change, therefore, is not a discretionary activity for NI Water.  It is business critical if we are to continue to be able to supply people in Northern Ireland with good quality water services at a cost, they, and the taxpayer, can afford.

“However, change will only happen if we all work together.  The “Power of Water” report is a prompt, but it is only a prompt.  What happens next is what really matters.  Let the conversation lead to tangible action.”

NI Water’s conclusions are based on work it has carried out in the last few years.

This included the development of an Intelligent Operations Centre which uses data analytics to control when NI Water, Northern Ireland’s biggest consumer of electricity, turns its pumps and other equipment off and on.  Flexing its use in this way could help balance supply and demand within the electricity system – a flexibility which will become increasingly important as we become more dependent on renewable sources of energy such as wind and solar.

NI Water also has 3,000 sites which could be used, planning policy permitting, as the location for industrial sized batteries which could feed power into the network when needed and its legacy of reservoirs could be used as energy reserves to produce hydro power at times of the year when there are more prolonged periods when the wind blows less, and the sun doesn’t shine.

The Power of Water report also sets out the results of NI Water’s early investment in Electrolysis. In a first of its kind in the UK, NI Water has just completed a pilot electrolyser project based at its water treatment works at Kinnegar near Belfast.  The results show the potential to produce both green hydrogen which could be used to power buses and other heavy transport, and oxygen which could increase the capacity of our wastewater treatment plants.

The pilot showed that increase could be as much as 25% in some plants and, while much more work needs to be done, that could prove significant in addressing what has been a persistent constraint on growth for far too many of our towns and cities.

A larger scale demonstrator model will arrive in Belfast later this month and, dependent on its results, further electrolysers could be installed across NI Water’s sites.

But the report also stresses that NI Water recognises it cannot deliver a sustainable future for Northern Ireland on its own and that doing so will only be possible if it continues to work with its partners across government, the other utilities, the regulator, business and civic society. 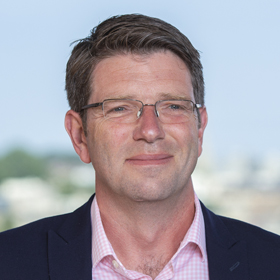