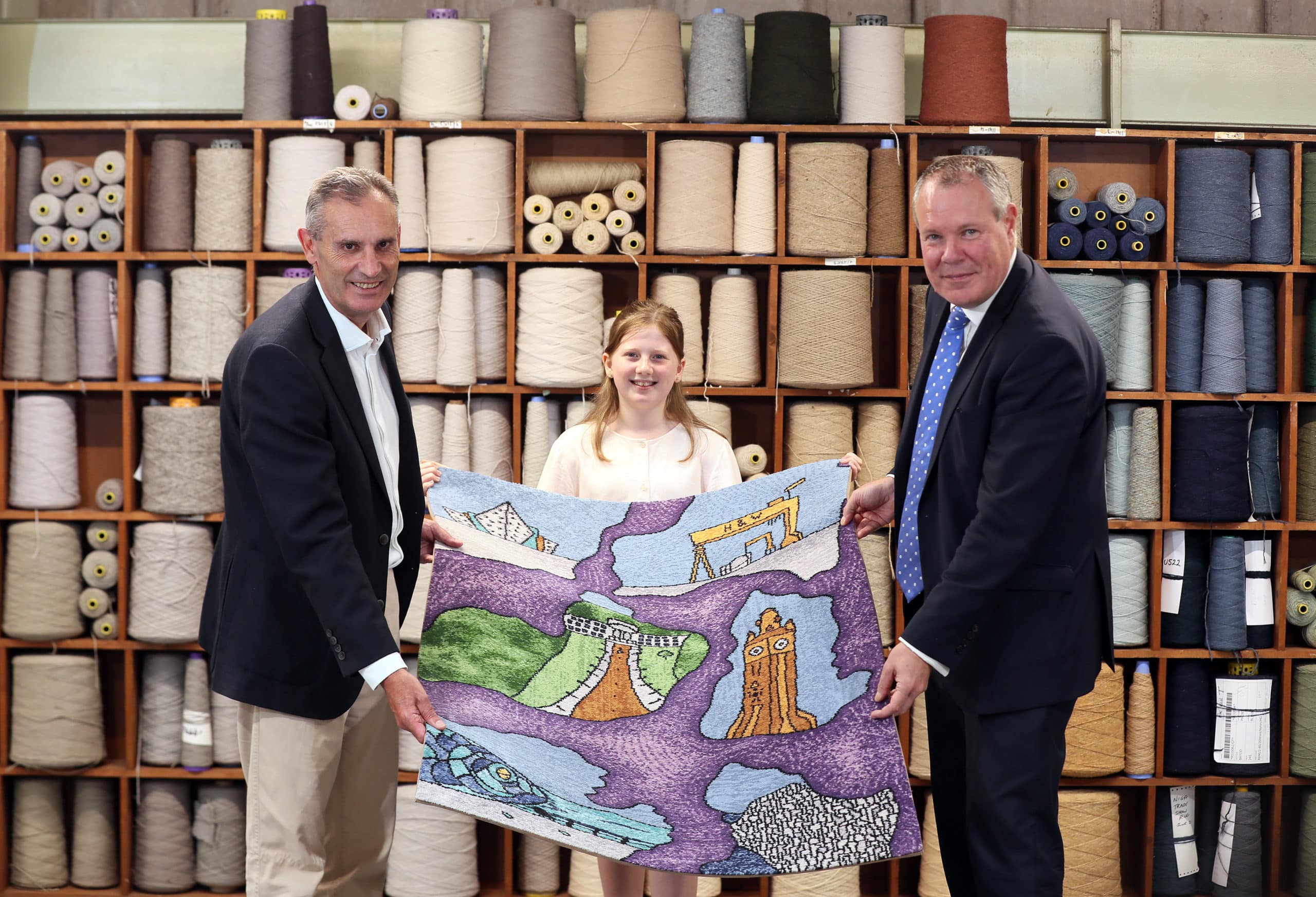 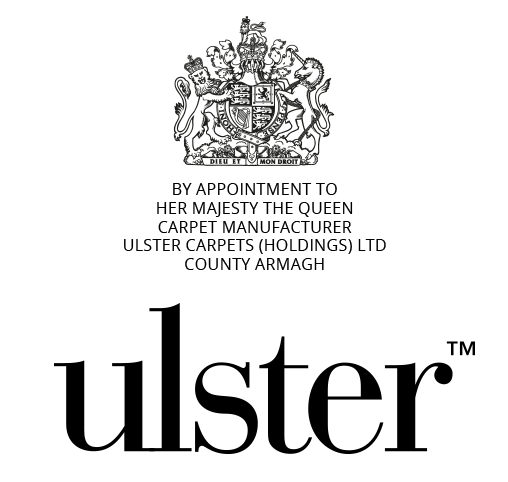 Dundonald Primary School pupil Emily McMullan (11), was announced as the winner of the competition by Minister of State Conor Burns in June, and met with Ulster Carpets designers to learn how her design was being turned into a special gift for Her Majesty the Queen.

Emily’s design, featuring some of Northern Ireland’s most iconic landmarks such as Samson and Goliath in Belfast and the North Coast’s Giant’s Causeway, was woven into a rug by Ulster Carpets’ expert team, and unveiled by Emily and Minister of State Conor Burns at the manufacturing company’s Portadown headquarters on Tuesday 23 August.

Emily’s postcard to the Queen was chosen from over 2000 colourful and creative entries, with primary schools across Northern Ireland offered the opportunity to take part in a unique design competition as part of this year’s Platinum Jubilee celebrations.

The specially designed Jubilee rug will be delivered to Her Majesty the Queen as a gift from the children of Northern Ireland in her Jubilee year and Emily will also receive her own copy of the rug as a lasting memory of the important role that she has played in helping Her Majesty celebrate her Platinum Jubilee.

“It’s amazing to see all of the places that remind me of home being made into a gift for Her Majesty the Queen. I still can’t believe that something I designed in art class is now being delivered to the Queen!

“It has been great learning from the designers at Ulster Carpets about how they turn art into rugs and carpets. It is something that I will never forget and I think I would like to be a designer in the future.”

Speaking after the visit, Minister of State Conor Burns said:

“It seems like only a few weeks ago when I was on the phone to Nick from a primary school in Bournemouth. I told him I’d had an idea and asked him to tell me honestly if it was crazy. Thankfully Nick and his team at Ulster Carpets are as open minded as they are creative. Nick said let’s do it. So the Platinum Jubilee Rug Competition was conceived.

“Little did I imagine then that it would be embraced so wholeheartedly by Northern Ireland’s young people. Yet the entries flooded in – over 2000 from schools of every kind in every county. Emily, her fellow finalists and indeed every child who entered can be incredibly proud of their designs.

“They have captured the natural and built wonder of this amazing place. Today I have seen the finished product and it is beyond my wildest dreams. We asked the young people to design a rug on the theme ‘a postcard from Northern Ireland’. What they did and Ulster carpets have produced is literally a gift fit for the Queen.

“I am bursting with pride in what these wonderful young people – the future of Northern Ireland – have done and I thank them sincerely.”

“It has been a great privilege to be involved in the NIO’s Platinum Jubilee design competition and to have the honour of manufacturing a rug for Her Majesty the Queen, particularly in the same year as we received the Royal Warrant.

“The designs created by schoolchildren from across Northern Ireland demonstrate the immense artistic talent that we have in our country. As we look to the future, it is reassuring to know that Ulster Carpets can transform this potential into the carpet designers of the future.”