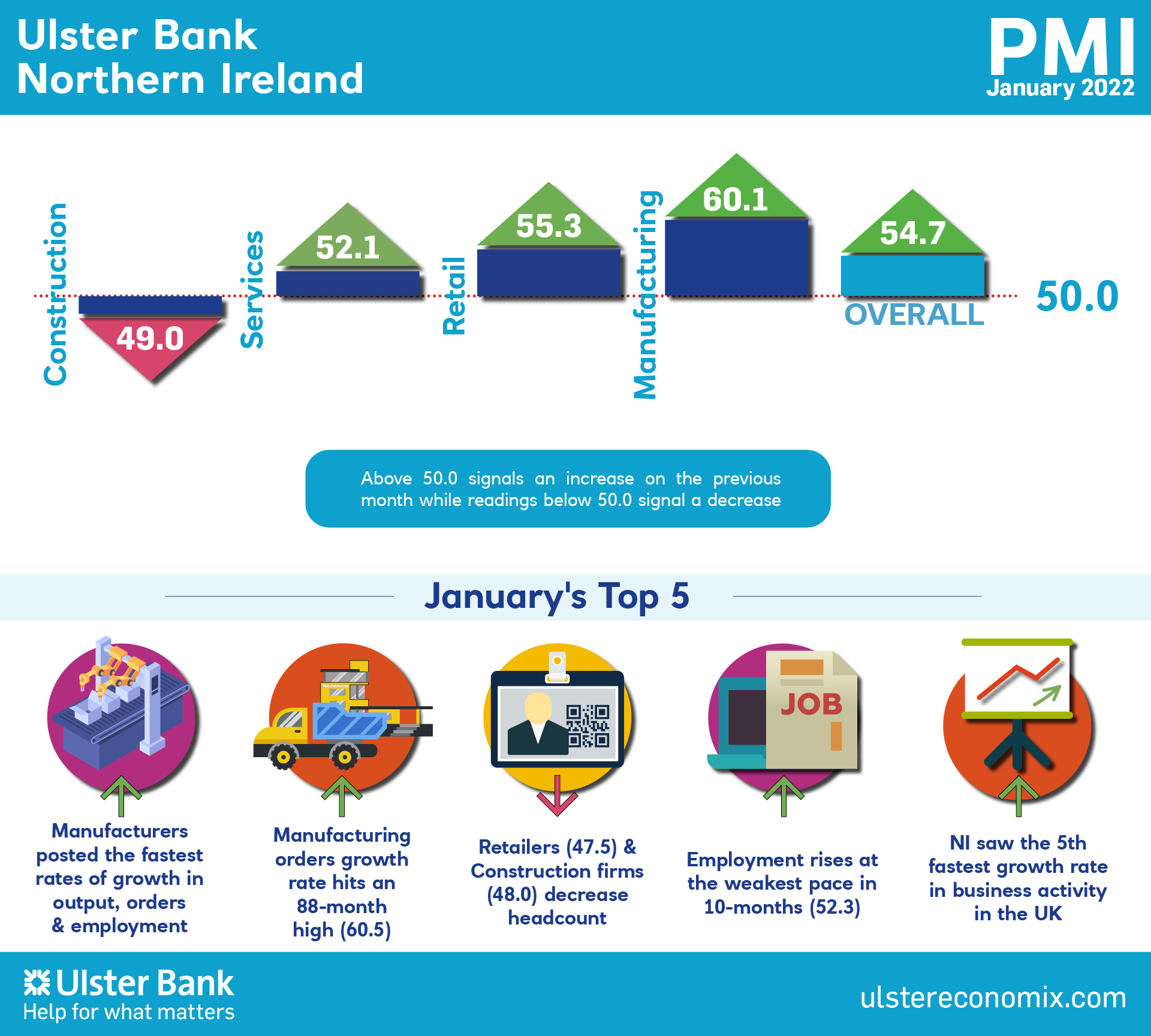 Today sees the release of January data from the Ulster Bank Northern Ireland PMI®. The latest report – produced for Ulster Bank by IHS Markit – signalled a positive start to 2022, with new orders returning to growth and output rising at an accelerated rate. That said, there were some signs of job creation easing and inflationary pressures remained pronounced.

“Northern Ireland’s private sector has shaken off the Omicron induced slowdown seen in December and has started 2022 on a positive note. In January, growth in business activity accelerated to a seven-month high, while new orders rose for the first time in five months. Employment also increased for the eleventh month running, but with firms finding it increasingly difficult to get the staff they want, the pace of hiring did slow to its weakest rate since March. Indeed, retail and construction actually cut their headcount. Whilst inflationary pressures have moderated from their record highs, they remain a significant challenge. Mounting wage and energy costs are leading to ongoing increases in input costs and companies are also continuing to pass this on by increasing the prices they charge.

“The upturn in private sector growth was in part driven by a rebound in service sector activity, not least hospitality, as the Omicron wave faded. Services, along with retail and manufacturing reported growth while construction posted its seventh successive month of falling output. Manufacturing regained its momentum after a slight slowdown at the end of last year by posting the fastest rate of growth in output, new orders and employment of all of the sectors in January. Indeed, the sector’s incoming business rose at its fastest pace since September 2014.

“Overall, the January PMI is a positive report but whilst Omicron and indeed Covid as a whole are fading, skills shortages, the cost-of-living crisis, and Northern Ireland’s latest round of political instability will bring plenty of headwinds to challenge firms in 2022.”

The main findings of the January survey were as follows:

The headline seasonally adjusted Business Activity Index rose to 54.7 in January, up from 50.2 in December and signalling a marked increase in output that was the fastest since June last year. Growth was led by the manufacturing sector, while construction bucked the wider trend by posting a further fall in activity at the start of the year. Rising activity was largely a reflection of increasing new orders, which expanded for the first time in five months. With new business rising and companies reporting a limited supply of staff and materials, backlogs of work rose at the fastest pace since July last year.

Firms did take on additional staff again in January, but the rate of job creation eased to a ten-month low amid reports that finding new staff had been difficult. Employment rose in the manufacturing and services sectors, but fell in construction and retail. Inflationary pressures remained elevated in January, with both input costs and output prices rising substantially. Higher cost burdens reflected increased prices for energy, freight, fuel, materials and wages. Meanwhile, suppliers’ delivery times continued to lengthen, but to a lesser extent. Business confidence strengthened amid hopes of improvements in the pandemic and supply-chain situations and confidence in the outlook for new orders. 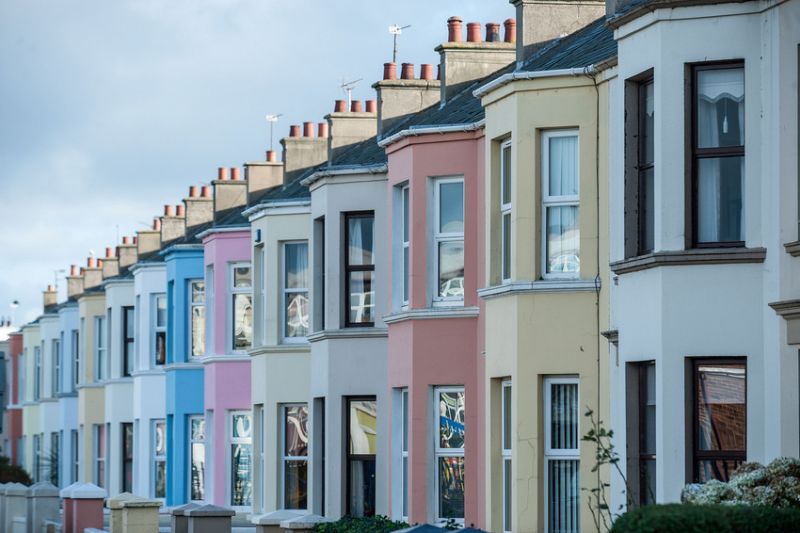