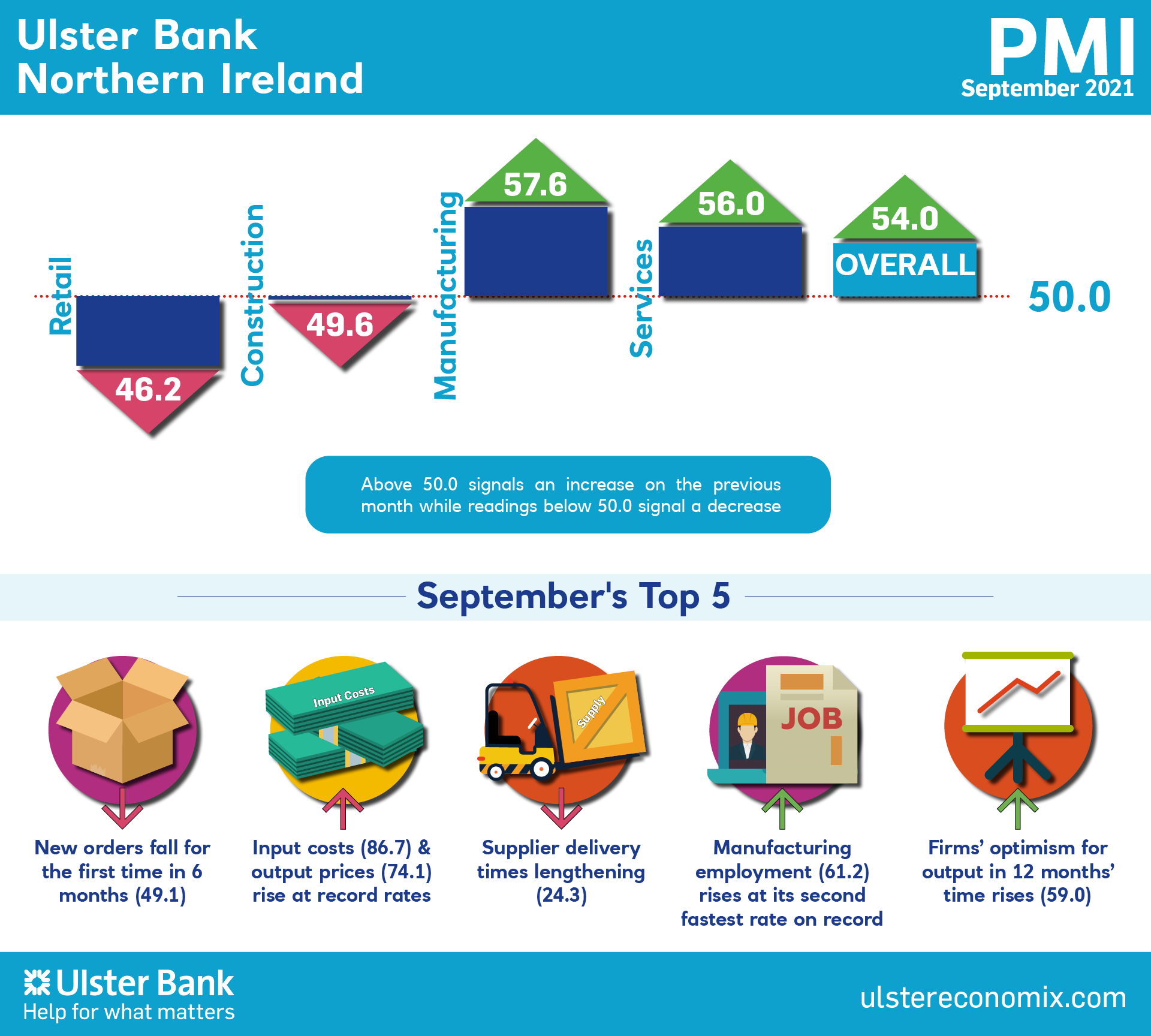 Today sees the release of September data from the Ulster Bank Northern Ireland PMI®. The latest report – produced for Ulster Bank by IHS Markit – indicated that companies in Northern Ireland continued to expand their business activity, despite a first reduction in new orders for six months. Meanwhile, both input costs and selling prices increased at the sharpest rates on record.

“The latest PMI survey presents a rather mixed picture about evolving business conditions in Northern Ireland. The rate of growth in both business activity and employment accelerated in September relative to August. Sentiment also improved, with firms now anticipating faster rates of growth in output in 12 months’ time. Once again, improvements in business conditions were sector specific, with manufacturing and services firms posting strong rates of growth in output and employment. Indeed, manufacturing employment rose at its second-fastest rate on record. Conversely, construction and retail saw activity and employment fall and both sectors remain pessimistic about output a year ahead. The outlook remains challenging on three fronts. Firstly, new orders fell for the first time in six months. Secondly, inflationary pressures are intensifying; local firms reported record rises in input costs and are also raising the prices of their goods and services at the fastest pace in the survey’s history. And this reflects the experience of businesses last month, before the more recent surge in energy prices took place. Thirdly, supply chains remain under stress, with supplier delivery times lengthening significantly in September relative to August. This is most acute within retail, and this will present challenges for consumers and business, particularly as we approach Christmas.” 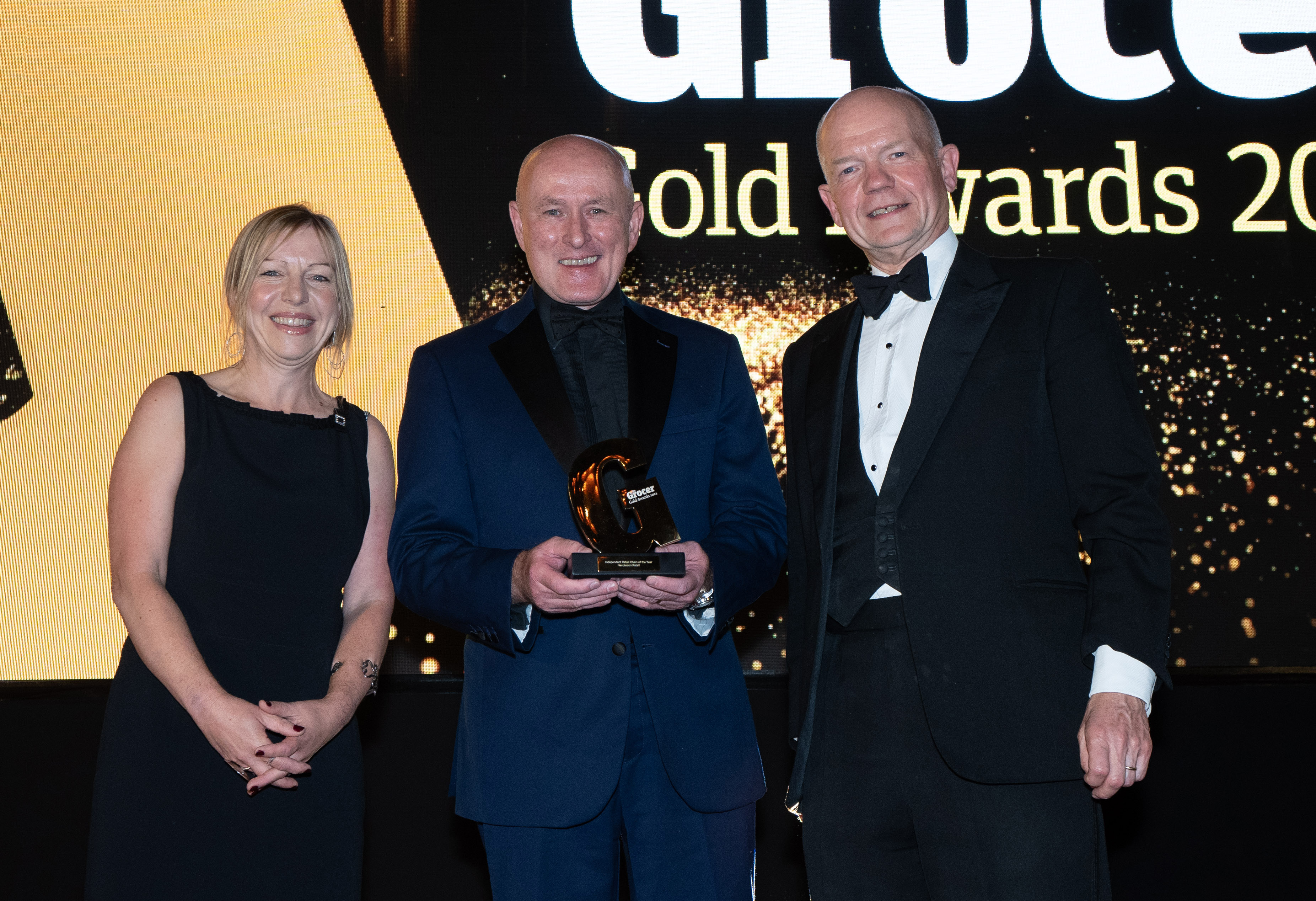