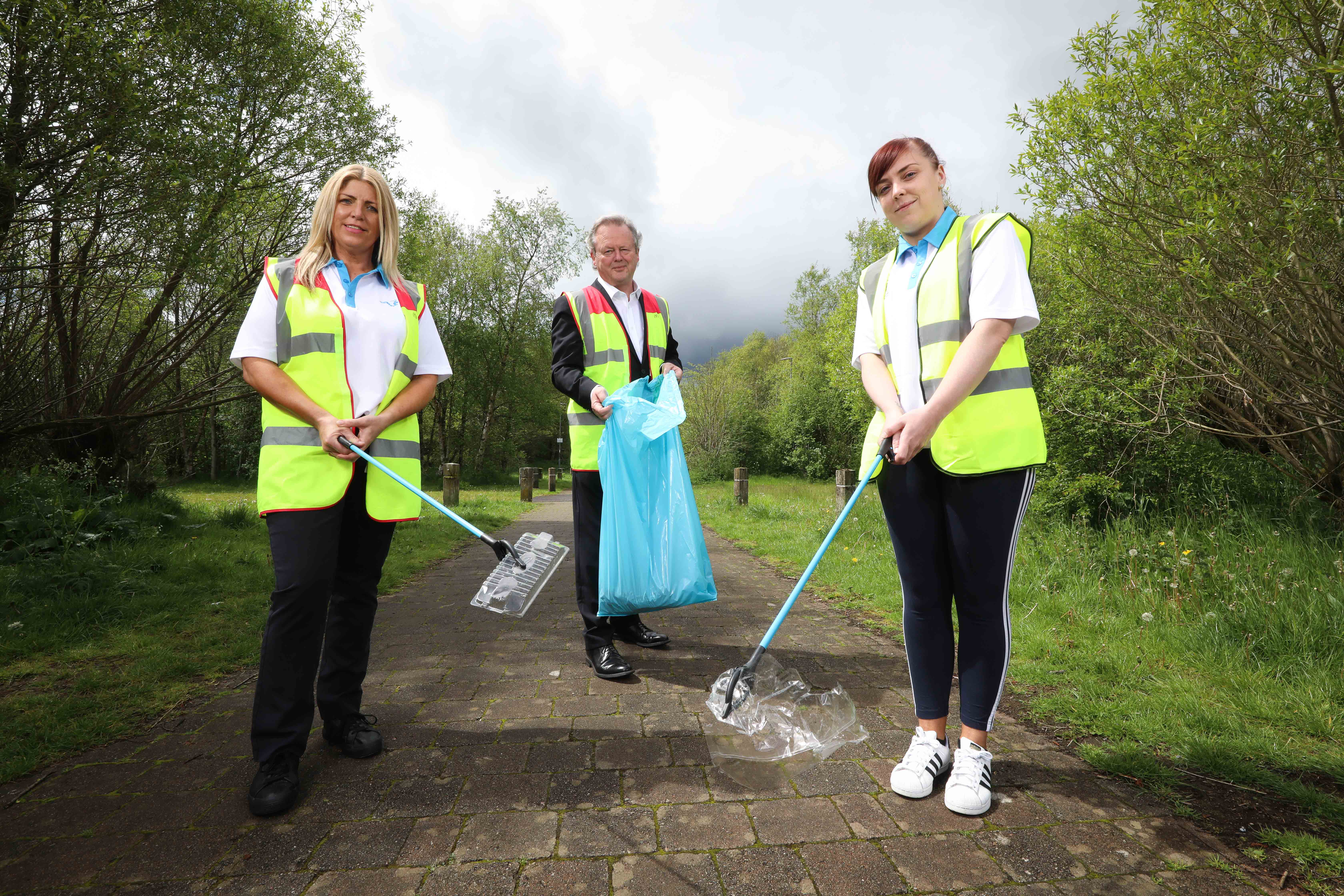 McDonald’s in Northern Ireland has launched a new campaign aimed at tackling litter in parks, on paths and along roadsides in towns across the province.

The ’30 Parks in 30 Days’ campaign will see McDonald’s employees undertake 30 litter clean-ups in parks and nature areas across Northern Ireland throughout the 30 days of June. Led by the seven local franchisees across McDonald’s estate of 33 restaurants in NI, the clean-up events will be supported by local councils, elected representatives, schools and volunteer groups.

Franchisee Des Lamph commented: “At McDonald’s, we take our environmental responsibilities extremely seriously. We very much share our customers’ and stakeholders’ disappointment and frustration at seeing litter discarded carelessly in parks, on paths and by the sides of roads.

“Whilst our employees regularly undertake voluntary litter clean-ups in these areas, this collaborative ’30 Parks in 30 Days’ campaign between our restaurants and local communities reinforces our strong commitment to tackling litter in Northern Ireland.”

Mr Lamph said the campaign adds further to “a wide range of litter initiatives” rolled out by McDonald’s on a daily basis. Across the UK and Ireland, McDonald’s staff collect 27 tonnes of litter every year, on litter patrols that take place around every restaurant three times a day. Employees cover a total of 5,000 miles each week picking up all waste, be it our own packaging or that of other restaurants and retailers.

The launch of the ’30 Parks in 30 Days’ initiative comes as McDonald’s in Northern Ireland also rolls out its ‘Talking Rubbish’ campaign with popular social media and entertainment social publisher LADbible Ireland.

Building on the success of McDonald’s #GetInTheBin campaign, the digital campaign features videos of items of ‘talking rubbish’ discarded at iconic locations across Northern Ireland. Whilst intended to be light-hearted and engaging, the campaign carries a serious message about the detrimental impact litter is having on the world around us.

Mr Lamph continued: “Alongside our practical and operational initiatives, we are committed to investing in proactive campaigns that help bring about behavioural change in relation to important societal and environmental issues such as littering.

“We have been hugely encouraged by the levels of engagement with our ‘Talking Rubbish’ campaign, which is targeted at the 18-34-year-old LADbible audience. With our first video in the series attracting over 25,000 interactions within a matter of hours on Facebook and Instagram, it is clear that a strong desire to make a positive change around littering is shared right across our society.”

Environment Minister Edwin Poots MLA commented: “In Northern Ireland, we have some of the most stunning natural landscape in the world, and the scourge of litter is harming our precious environment for current and future generations.

“It is encouraging to see how McDonald’s is helping to tackle the problem with this new campaign. We all have our part to play and each of us has a responsibility to care for and protect the places and spaces we call home.

“My Department will be consulting on Northern Ireland’s first overarching Environment Strategy later this year, which will consider future options for tackling litter.” 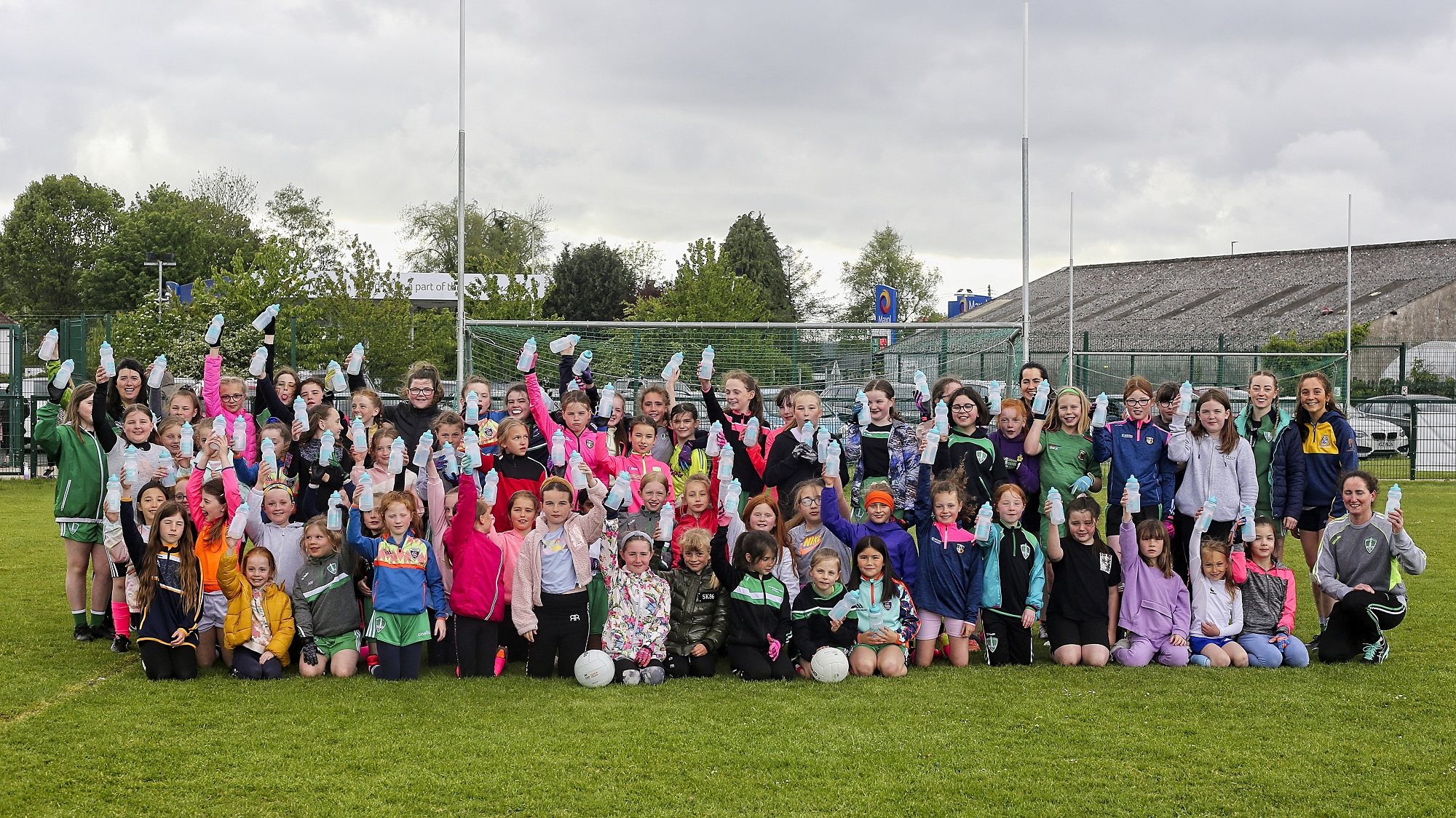 St Comgall’s Gaelic Team Give Single Use Plastic the ‘Boot’