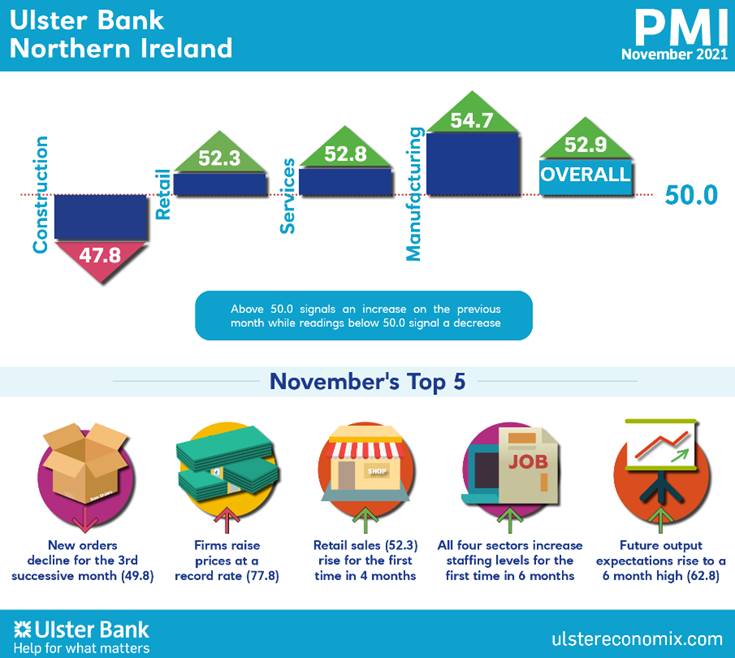 Today sees the release of November data from the Ulster Bank Northern Ireland PMI® . The latest report – produced for Ulster Bank by IHS Markit – pointed to a pick-up in business activity amid signs of stabilisation in new orders and ongoing employment growth. That said, supply-chain problems continued to impact operations and inflationary pressures remained acute. In fact, output prices increased at the fastest pace on record.

“Northern Ireland saw the pace of business activity accelerate in November, but this uptick was solely down to a rebound in one sector – retail. Local retail sales rose in November for the first time in four months with the High Street Voucher Scheme undoubtedly contributing to the pick-up in demand. Overall, though, despite experiencing slower rates of growth relative to October, manufacturing remained the strongest performer of the four sectors monitored, with output, orders and employment all expanding at a healthy pace. Services firms on the other hand reported their slowest rate of expansion in business activity in eight months, and incoming orders were broadly flat, while construction firms notched up their fifth successive month of contraction in both output and orders.

Manufacturing aside, the near-term outlook for the private sector remains challenging. Indeed, retail’s pick-up in sales in November coincides with a slump in new orders, pointing to a slowdown over the months ahead.

“The most encouraging aspect of the latest survey is the continued robust rates of growth in employment. While this is primarily a manufacturing and services story, all four sectors increased their staffing levels last month.

“At a regional level, Northern Ireland’s private sector recovery continues to lag behind its peers in the UK. After the North East of England, Northern Ireland recorded the slowest rate of growth in business activity. Furthermore, Northern Ireland was the only one of the 12 UK regions to record a fall in new orders in November. While some firms are benefiting from an increase in North-South trade, export orders overall continued to fall at a significant rate. November’s decline extended the run of falling orders to 34 months. Manufacturing is the only sector in Northern Ireland that appears to be outperforming the UK.

“Rising inflation and lengthening supplier delivery times remain two key headwinds facing businesses worldwide. But once again Northern Ireland firms are experiencing the highest rates of input cost inflation within the UK. As a result, local businesses are raising their prices at a record pace and at a faster rate than elsewhere.

“For the first time since the pandemic, though, Northern Ireland’s private sector was not the most pessimistic about output looking 12 months ahead within the UK. Local firms’ optimism for output jumped to a six-month high with sentiment improving across all sectors. Only the North East of England was less optimistic. That said, since the survey was undertaken, the emergence of the Omicron variant has reintroduced more uncertainty and darkened the outlook for firms operating in the hospitality sector. Covid confidence clearly trumps consumer confidence and in turn this will affect economic growth.” 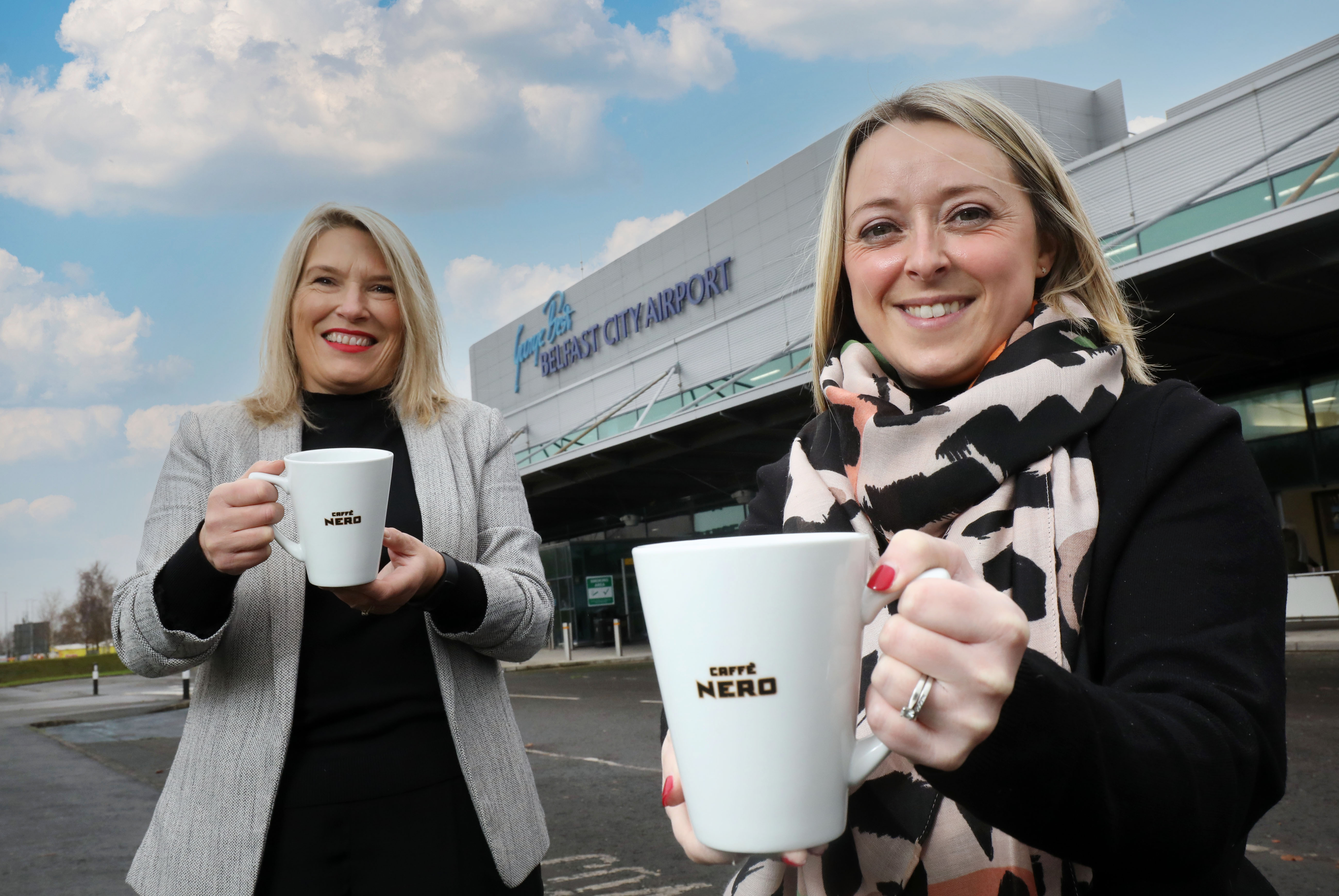