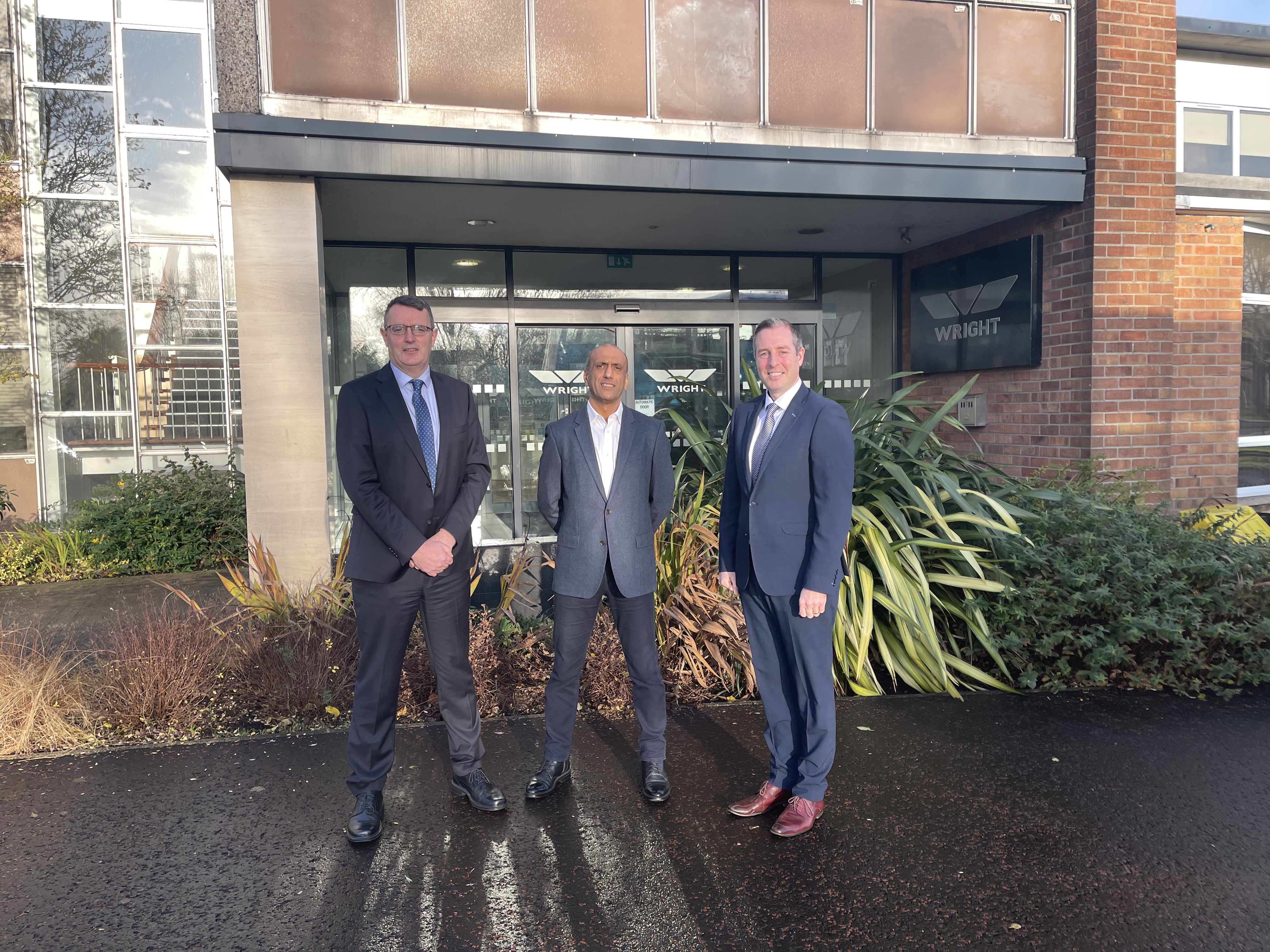 Northern Ireland First Minister Paul Givan has visited Wrightbus to see the groundbreaking technology that is powering zero emission buses across the UK and Ireland – as the company revealed it will double its output in 2022.

And as well as producing twice as many buses, the Ballymena-based firm said it will also increase production of zero emissions to around 70 per cent.

During his visit, Mr Givan met with representatives of Wrightbus to talk about their plans for the future.

Buta Atwal, Chief Executive of Wrightbus, said: “We were delighted to be able to share with the First Minister our vision and plans for Wrightbus to support the decarbonisation of public transport across the UK and Ireland on our journey towards net zero emissions.

“Next year, we will be producing around 600 buses – almost double the number we have produced in 2021 – which will go into service across the UK and the island of Ireland.

“We will also see a significant switch in our output from 70 per cent diesel buses in 2021 to around 70 per cent zero-emission buses in 2022. This is a fantastic endorsement of the UK Government’s, and our customers’ commitment to sustainable, environmentally friendly transport.”

Wrightbus’s zero-emissions options include the world’s first hydrogen double decker bus, the revolutionary Streetdeck Hydroliner, along with the fastest-charging EV double decker on the market, the Electroliner.

“The Government has been clear that hydrogen plays a key role in the country’s net zero ambitions,” said Mr Atwal.

“Working at scale, Wrightbus has a clear plan in place to reduce the costs of the buses to be comparable to diesel for the total cost of ownership. Wrightbus believes that hydrogen fuel cell buses, manufactured in Ballymena, can and should be used and powered across the UK and Ireland.

“Not only will it secure and grow jobs at our factory in Ballymena, it will support the many other innovative businesses, supporting the growth of a hydrogen sector that will enable us to become a world leader in this low-carbon technology.”

Since the launch of the Streetdeck Hydroliner, Wrightbus has prevented over one million kilograms (1,000 tonnes) of harmful carbon dioxide (CO2) emissions entering the atmosphere for the journeys made compared to the diesel powered version of the bus – the equivalent of taking more than 230 cars off the roads for a whole year.

First Minister Paul Givan said: “I have been hugely impressed by the vision of Wrightbus in working towards decarbonising the transport sector and it has been of great benefit to meet with the company at their plant and learn more about their ambitious and innovative plans.

“I was particularly pleased to hear how Wrightbus plan to increase production of zero emissions buses to around 70 per cent, bringing real and lasting change to the public transport sector.

“But we all must take responsibility for creating a cleaner environment and it is particularly heartening to have a company on our doorstep leading the charge in helping Northern Ireland become a leader in hydrogen technology.

“Wrightbus is hugely important to the local economy and an example of how Northern Ireland can produce world-leading technology.

“The buses and technology being developed in Ballymena are helping to lead the way globally and I want to commend Wrightbus for their ongoing drive to grow Northern Ireland’s hydrogen economy which will in turn secure and create green jobs at their factory in Ballymena.” 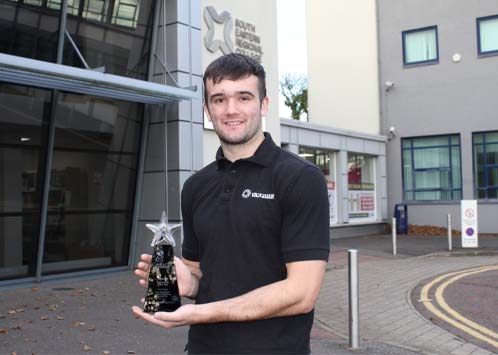