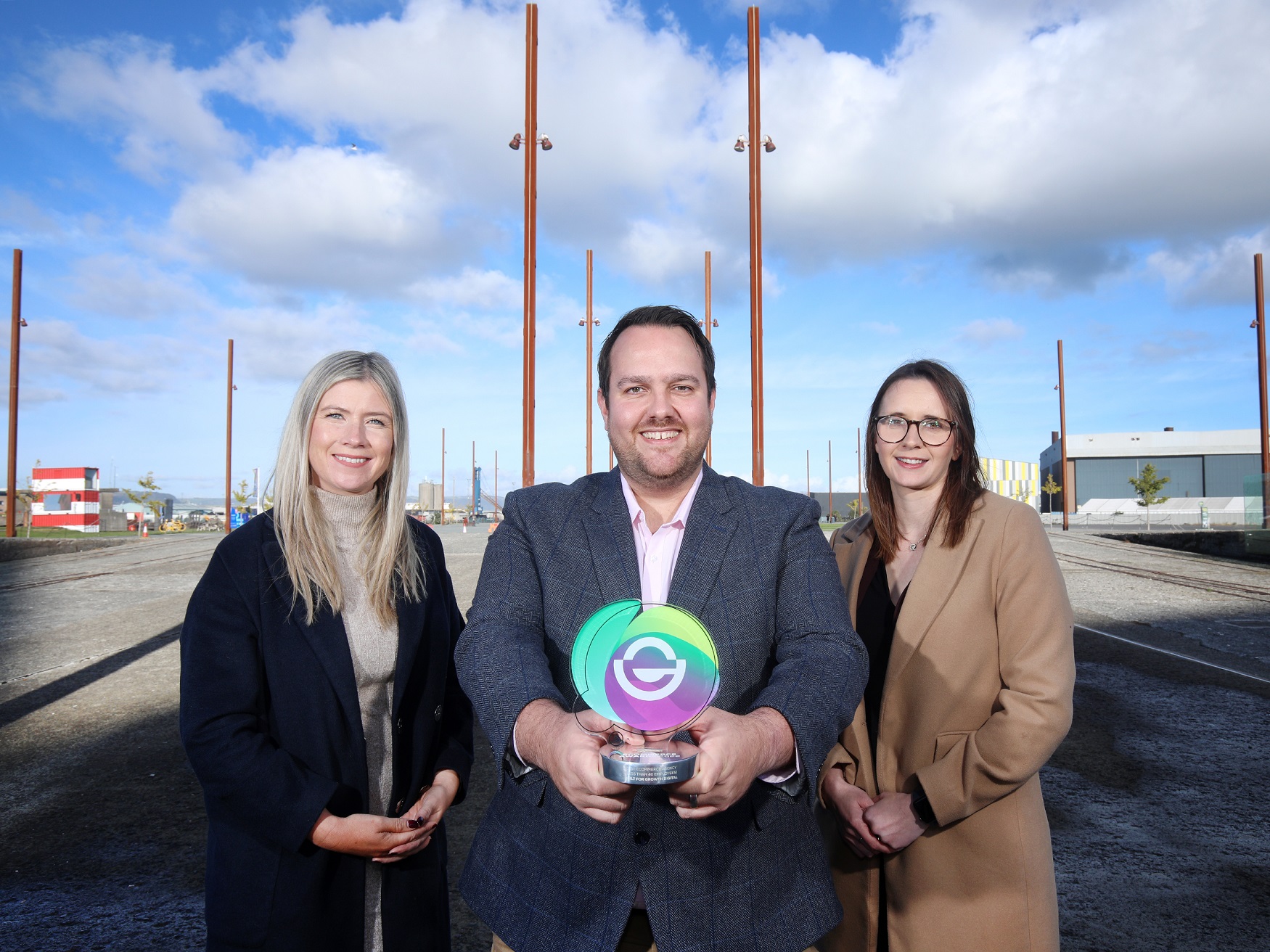 A Belfast-based digital marketing agency has been named the Best eCommerce Agency in the UK by the eCommerce Association.

Built for Growth (BFG) Digital, which has headquarters in the Catalyst Inc Innovation Centre, seized the national recognition award at the UK eCommerce Awards 2022 after beating seven other big-name finalists with a team of less than 40 employees for the sought-after title.

Acquired by creative advertising and marketing leader Ardmore earlier this year, BFG has been making big waves in eCommerce circles since its inception in 2019 but has an award-winning legacy that stretches back over 20 years.

Choosing BFG Digital as this year’s UK winner, judges noted its business model, consistent growth and impressive client roster across the UK and Ireland – including Newbridge Silverware, Belleek and DV8 Fashion – for its overall success.

A Deloitte Fast 50 tech firm and Digital DNA award winner, and recognised as a ‘Business Elite’ award winner by SME News, BFG Digital also made the final of this year’s Irish eCommerce Awards.

Supported by Ardmore, BFG Digital is run by co-heads of consultancy and services Leanne Blair and Andrew McComb.

“We’re proud to have achieved a significant level of growth in the last year, increasing our client base by 112 percent during a transformative, pivotal phase for the company, and in a volatile, ever-changing economy,” Andrew McComb said.

“Our comprehensive mix of eCommerce services, including Google Pay Per Click Marketing, Social Media Marketing, Affiliate Marketing, Design and eCommerce Consultancy, has helped a wide range of clients of all sizes, including retailers, manufacturers and distributors realise their online potential and generate more than £1.5 billion in sales.

“During the pandemic, in particular, we also helped many of our clients not just survive, but thrive and in many cases beyond their wildest expectations with all-time record-breaking revenues.”

The strong workplace and team culture at BFG Digital have also been credited for its success.

“The development and growth of our colleagues is pivotal,” Leanne said. “We encourage all our staff to continuously learn and innovate in all areas and we provide financial support and dedicated time to ensure they pursue their personal and professional ambitions.

“Our people and culture really are what set us apart and by investing in their future, together we deliver excellence, commitment and incredible results for our clients.”

BFG’s award from The UK eCommerce Association is the latest in a series of award wins from within the Ardmore Group. Only this month, its sister company LK Communications was named PR Consultancy of the Year at the Pride Awards from the Chartered Institute of Public Relations (CIPR), the world’s only Royal Chartered professional body for public relations practitioners, with nearly 10,000 members. 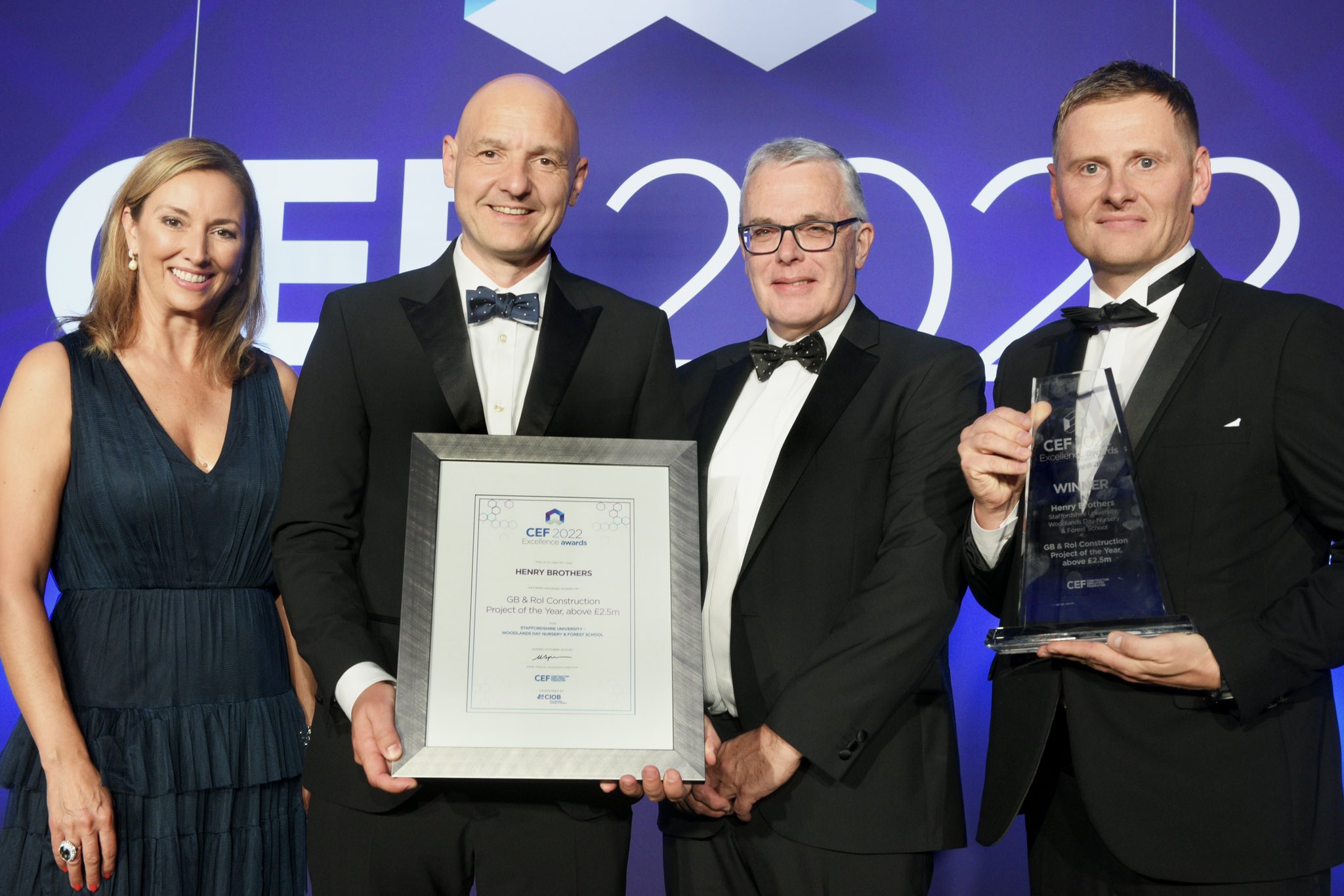 HENRY BROTHERS CROWNED WINNER OF CONSTRUCTION PROJECT OF THE YEAR