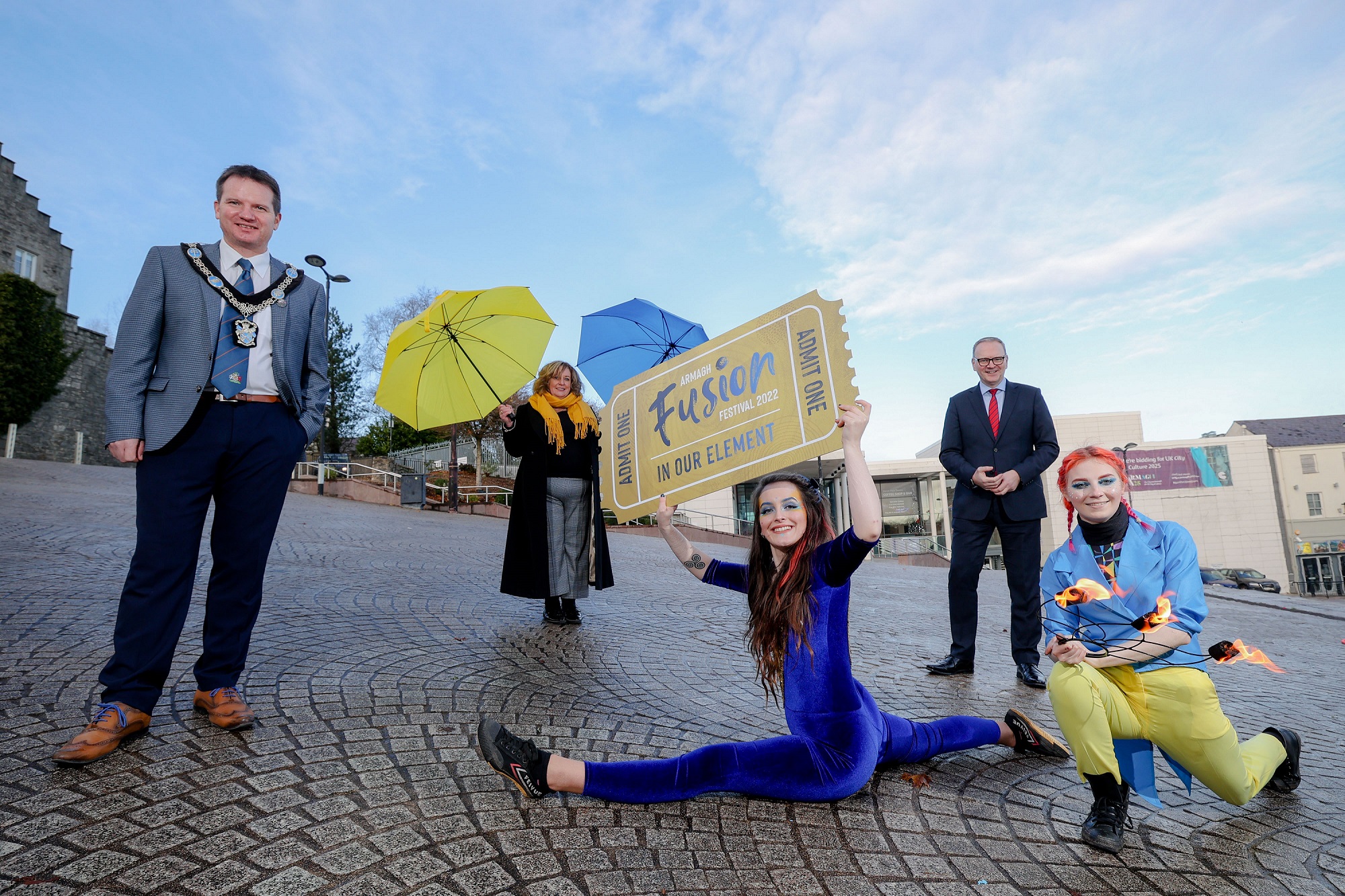 Armagh City will stage a brand new two-weekend mega-festival this March and April as part of a striking ‘fire and light’ celebration of its rich history, heritage and culture.

Arguably the oldest city in Ireland, for more than 6,000 millennia, this apple-laden home of St Patrick is famed for its Georgian façades, vibrant hospitality, quality food and drink and its artistic and cultural might.

Now, this UK City of Culture contender for 2025 is preparing to unleash its power with a unique festival spectacular that sets a new standard in events and entertainment.

Tuning up to take part is world acclaimed singer Ryan McMullan who with contemporary trad band Beoga and supported by local folk singer-songwriting sensation Dani Larkin will ‘reawaken’ your spring senses in a breath-taking performance at the Navan Centre against the stunning backdrop of the mystical Navan Fort.

The Greatest Show – Cirque du Cider – will land in the heart of Armagh’s uniquely beautiful apple orchards to deliver a series of captivating circus shows featuring aerial performances and jaw-dropping circus skills – the perfect accompaniment to the crisp taste of locally-produced cider, apple juice and award-winning local street food all available on site.

A special Ceilidh Fusion of music – and the chance to join in – will set your heart racing at the city’s famous Shambles Yard after you witness the extraordinary ‘Fire and Light’ show fused with art and music at the Astro Park at Armagh’s iconic Observatory and Planetarium.

Envelop yourself in ‘Art after Dark’ which showcases the city’s unique creativity at a variety of legendary venues or hear the infamous tales of Mhacha in Armagh’s Abbey Lane theatre.

In a festival event that’s full of surprises, you can always get on your feet this spring and get in on the all-new walking tours which combine Armagh’s fabled tales and local tunes, faces and places.

Few stones in this great city are left unturned in a festival which includes the stunning works of JB Vallely’s paintings – lit up on the historic Market Square and accompanied by the mesmerising sound of the Armagh Pipers Club and readings from acclaimed powers Kate Newmann and Noel Monahan.

Designed and developed in conjunction with award-winning creative event specialists MayWe to capture the attention and imagination of audiences at home and abroad, the Armagh Fusion Festival will be among the largest and most important celebratory events held in Northern Ireland this year.

Armagh City and borough is currently bidding to become UK City of Culture 2025 after making it through to the final eight of potential contenders.

For almost two decades, Armagh City has hosted a series of annual award-wining events, including the Armagh Food & Cider, Home of St Patrick and Georgian festivals, winning national and international acclaim for their uniqueness and real sense of place.

For more information or to purchase tickets, jump into www.visitarmagh.com/armaghfusionfestival 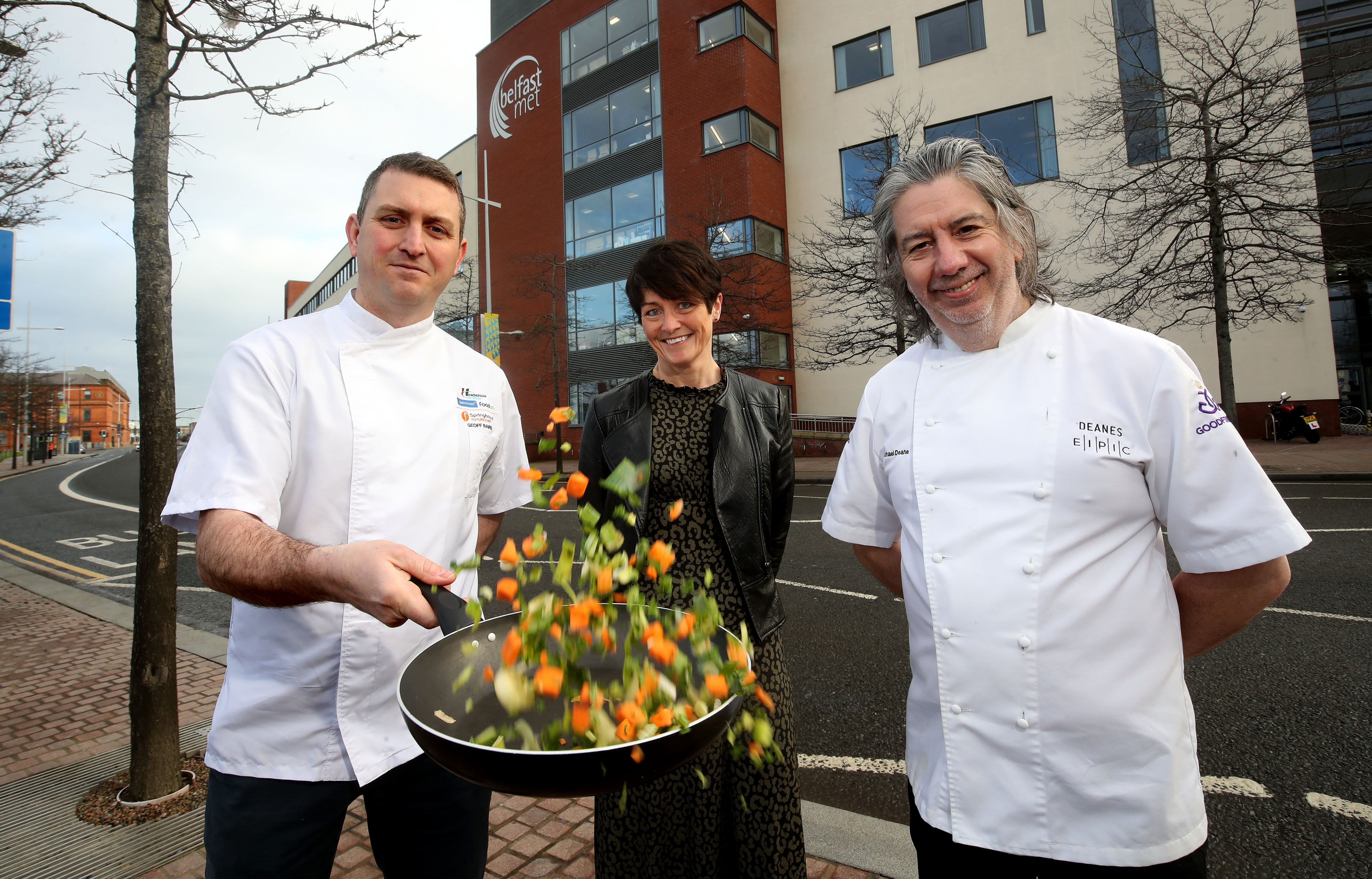