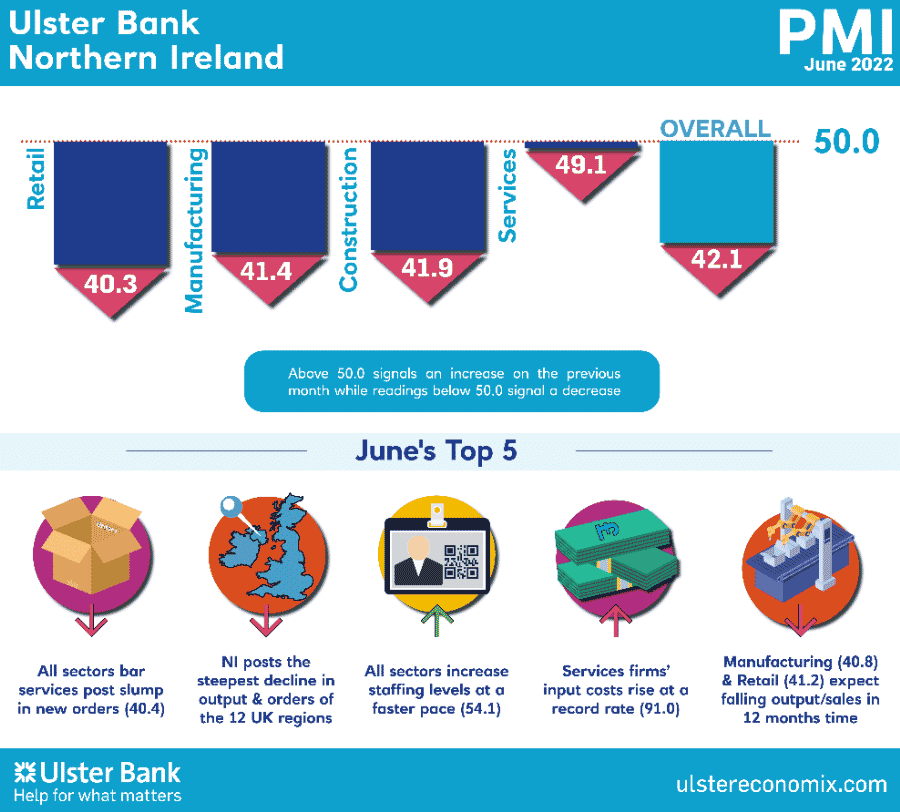 “Northern Ireland firms reported a significant loss of momentum at the end of the first-half of the year.  Last month’s survey saw May’s drop in demand broaden out to encompass all four sectors.  Meanwhile the slump in new orders deepened across three of the four sectors with services’ performance the best amongst a bad bunch.  Demand conditions in June deteriorated more significantly in Northern Ireland than elsewhere, with local firms reporting the steepest declines in output and orders of the 12 UK regions.

“The cost-of-living crisis had already become increasingly evident in May with a slump in retail demand with this trend continuing in June. But the sudden reversal in fortunes of the local manufacturing sector has been particularly stark. Outside of periods of lockdown, Northern Ireland manufacturers recorded their biggest month-on-month fall in the output index since the PMI series began almost 20 years ago.  The ‘U-turn’ in new orders has been significant too with a drop of over 20 points between April and June. Last month, local manufacturers saw orders slump at their fastest pace (outside of lockdowns) since April 2009.

“Despite a notable deterioration in demand conditions, all four sectors increased their staffing levels at a faster rate in June.  This highlights that skills shortages remain a capacity constraint for local firms. The cost-of-living crisis coupled with competition for staff has fuelled pay pressures and added to the cost-of-doing business crisis. Last month, input cost inflation remained close to its recent highs with services firms reporting a record rise in their cost base. Outside of employment, positive news remains in short supply in the latest survey though there are some signs that supply chain disruption could be easing. Supplier delivery times continued to lengthen in June but at the slowest pace since the question was first asked 16 months ago.  Clearly, an economic slowdown, by reducing demand, should help to ease supply chain disruption further in the year ahead.

“While many manufacturers have benefited from the NI Protocol, the current political impasse between the UK Government and the EU raises concerns over the durability of these benefits and therefore how the trade agreement will evolve. This, alongside a realisation that an economic slowdown is gathering pace, helps explain why Northern Ireland manufacturing has gone from the most optimistic sector to the most pessimistic in the space of one month. Manufacturing and retail both expect a sharp fall in output / sales in 12 months’ time, while their counterparts in services and construction expect activity to remain flat.” 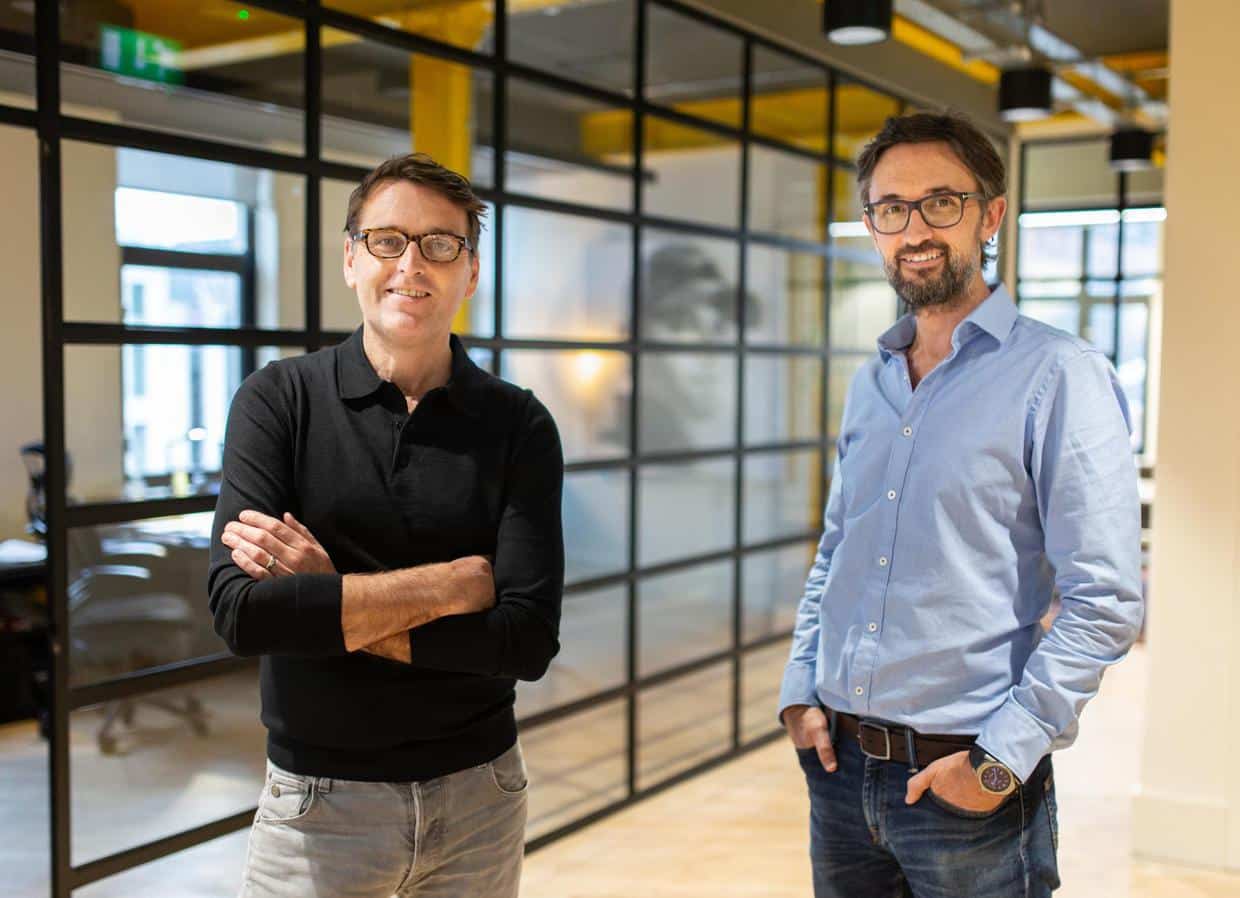