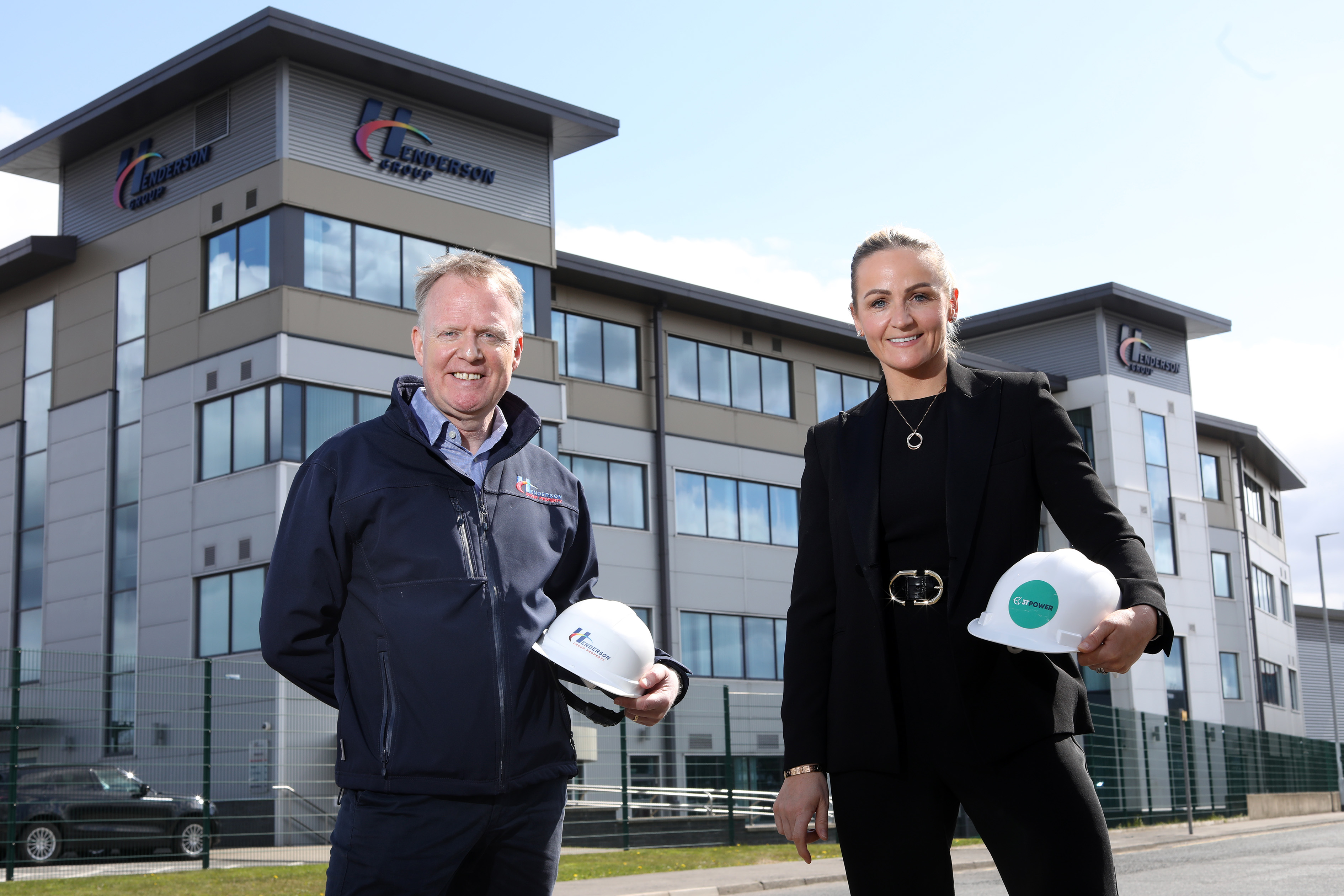 Northern Ireland’s only supplier of 100% locally-generated renewable electricity for businesses, 3T Power has announced its ongoing partnership with Henderson Group as the leading Northern Ireland retail group has renewed its partnership with the innovative energy supply company for a third year, confirming a contract valuing £5m per annum for the growing renewable energy supplier. Doubling down on their efforts to minimise the company’s impact on the environment by reducing their carbon footprint and focusing on sustainability in all aspects of their supply chain, Henderson Group’s Mallusk-based headquarters will continue to be powered by wind electricity generated exclusively via 3T Power’s network of independent wind turbines dotted across Northern Ireland.

Owners of the SPAR, EUROSPAR, ViVO, ViVOXTRA and ViVO Essentials franchises in Northern Ireland, Henderson Group has been distributing food and grocery-related products to the convenience retail sector for over 120 years. The Group consists of four companies, each of which operates under the Henderson Group banner. 3T Power has been supplying clean energy to the Group’s warehousing facilities and retail network since 2018, helping to meet Henderson Group’s CO2 reduction goals. In the period since switching to 3T Power, it is estimated that Henderson Group has achieved a 1,000 tonne per year carbon reduction, equal to the weight of three Boeing 747 jets. The partnership will also ensure long-term energy savings through the confirmation of a low-cost, secure tariff.

Commenting on the ongoing partnership between 3T Power and Henderson Group, Shauna Forbes, Director at 3T Power said, “Henderson Group is known across the Province for the integral role the brand plays within local economies as both a leading Northern Irish employer of over 4,000 staff and also because of the anchoring role its independent retailers play within their communities. Henderson Group’s continued dedication to setting an example of sustainable practice for large-scale businesses is not only admirable but one which we urge other local businesses to replicate in their own sectors as we drive toward a goal of net zero for Northern Ireland.”

“We were drawn to working with the 3T Power team because of the team’s strong ties to the local community, competitive pricing, and their commitment to helping Henderson Group meet our requirement to be carbon neutral on our electricity supply and compliance with our zero-carbon commitment,” commented Glen Crumley, Group Energy Manager, Henderson Group. “SPAR has signed up to the Retail Industry Climate Change Roadmap, which is being led by the British Retail Consortium and has a target of achieve net zero greenhouse gas emissions by 2040.”

As the post-Covid-19 economic recovery continues, green initiatives and principles are leading the way in ensuring sustainable business practices are implemented for the long-term health of organisations, their teams, and their customer bases. In addition to the main Henderson Group headquarters and warehouses in Mallusk, a large number of local independent retailers across Northern Ireland have also switched to green electricity supplied via 3T Power, reinforcing the important role that locally-generated electricity can play to help community hubs like local convenience shops to go green with the long-term benefits impacting the – often rural – communities and economies in which they operate.

Established in 2017 by Thomas Kelso, David McElrea and Shauna Forbes, the team behind 3T Power have developed long-standing partnerships with local energy producers and corporate energy users which go beyond the traditional customer-supplier relationship due to their over two decades’ experience in the energy and renewables sectors in Northern Ireland. The company aims to provide bespoke, affordable renewable energy solutions to local businesses through its network of locally owned and operated renewable generators which harness the power of wind, rain, sun and waste to help local businesses including Galgorm, Choice Housing, Smiley Monroe and The MAC meet their sustainability goals. For more information on how 3T Power is partnering with Northern Ireland businesses to help them meet their sustainability goals through locally-generated sustainable energy, visit www.3tpower.com 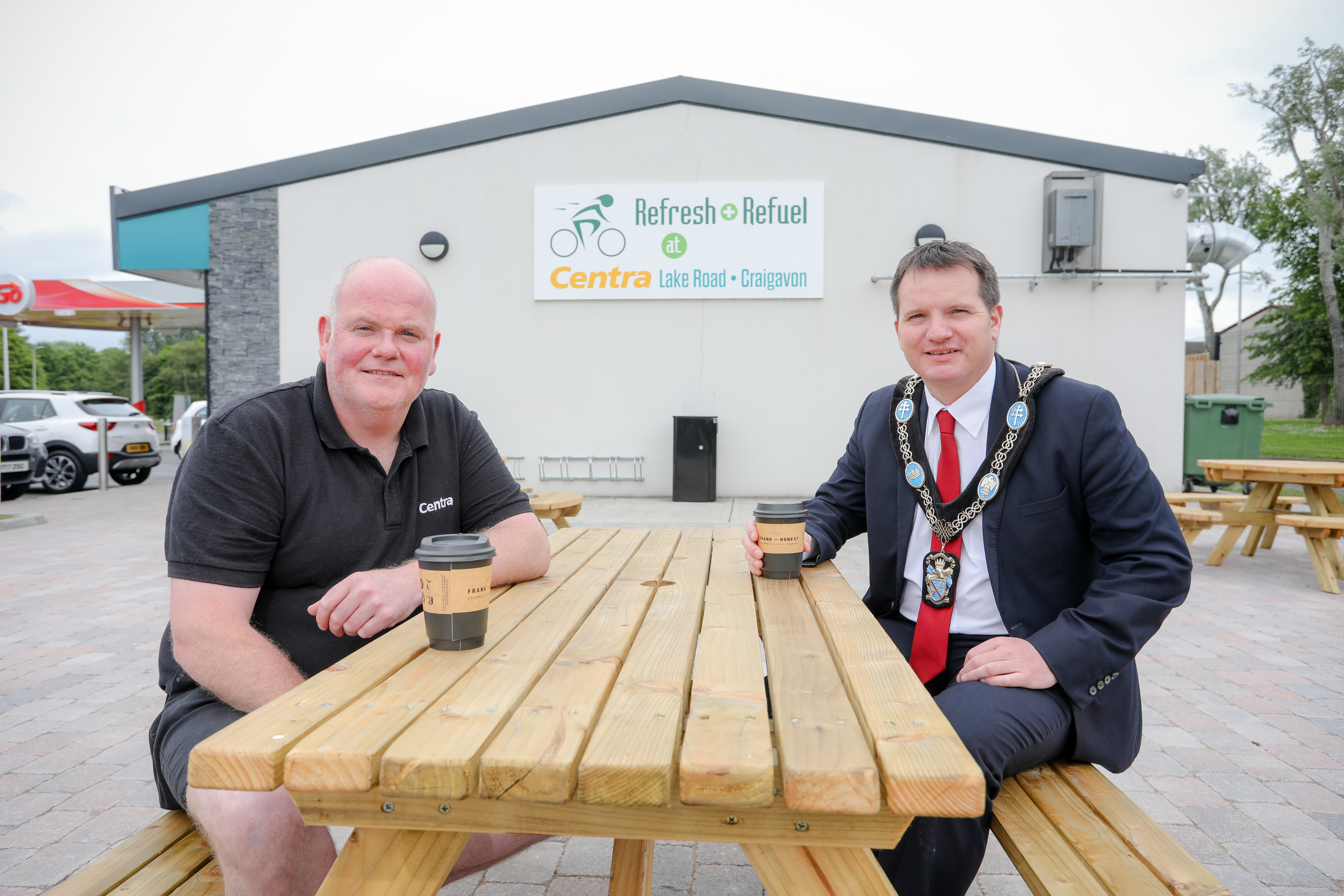