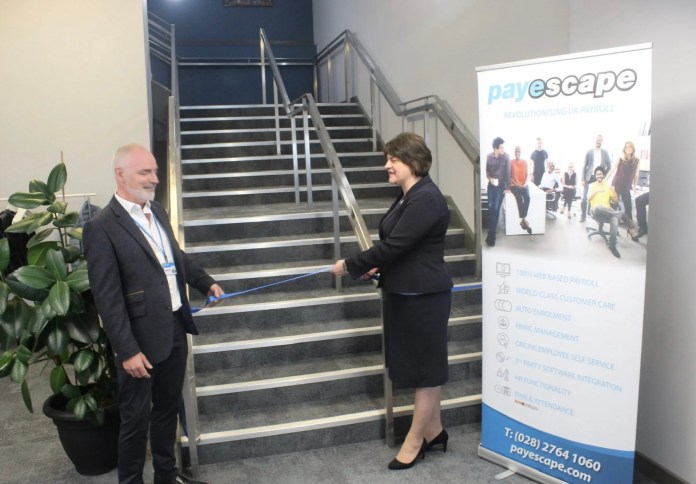 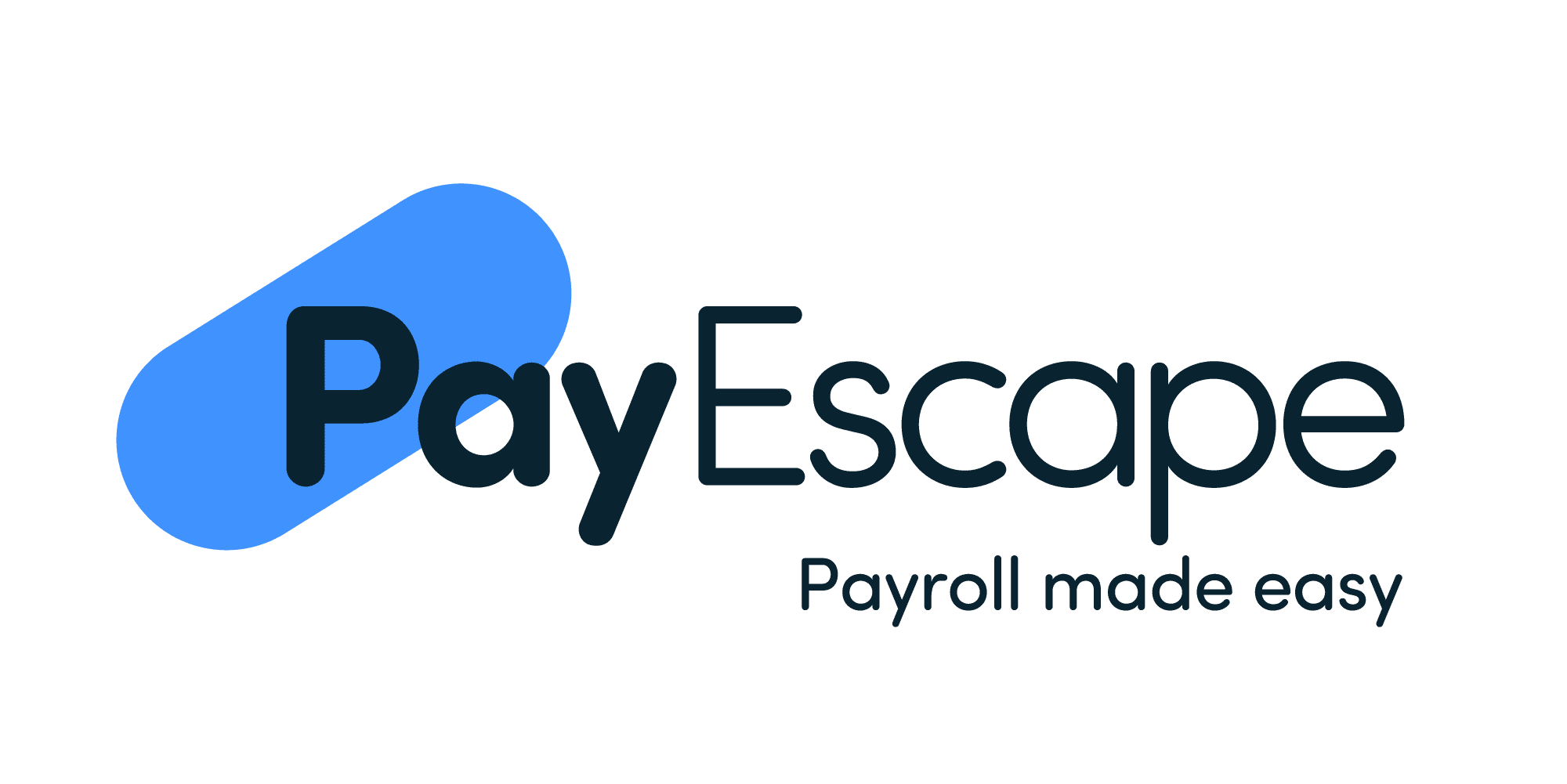 IN October 2020, local Ballymoney company PayEscape made the ambitious move to their newly refurbished premises on Church Street – PayEscape House. One year on, the company has continued its growth amidst the COVID-19 crisis.

Established by local businessman John Borland in 2006, PayEscape made a name for itself by providing cloud-based payroll software. This service is still the company’s main business today; however, 15 years later, they also offer additional services such as HR consultancy, HR and time management software solutions.

Acquiring the former Dunnes building in the town, which lay vacant for five years, Managing Director John set about a complete refurbishment of the premises to include office space on the top two floors with a ground floor reception area for the company and a separate ground-floor retail space, providing an additional rental opportunity for another business.

Due to the continuing COVID-19 situation, the company, like so many other businesses, has put in place several safety measures to protect their staff, including the choice to work from home and the provision of flexible working hours. However, Sales Director Adrian Geffert found that the new premises encouraged many staff to choose and continue working from the office whilst adhering to current restrictions and regulations.

“What we find is that a lot of the staff do want to come into the office to work,” Adrian explained.

“The staff were enjoying coming into the office more as they were getting the support that they needed. Working remotely is great, and we did that for a while, but I think people do prefer to come in to have that instant rapport and support of the other staff.”

Despite boasting several big clients like McDonald’s and the Ultimate Fighting Championship (UFC), PayeEscape has continued to retain its local roots, something fundamental to John’s vision and a driving factor in the investment into the company’s new offices at the heart of Ballymoney.

Speaking about John’s ethos behind the investment, Adrian said, “John is very much about supporting local businesses. He wanted to have an office in Ballymoney to support the town centre.”

With the business seeing an increase in staff numbers over the last 12 months—and currently recruiting for several new positions at present—Adrian went on to say: “We’ve 63 staff and the majority work in the office within the town centre where they can use all the local facilities like the restaurants and cafes.

“John wanted to help the revitalisation of Ballymoney, and it was huge on his agenda to do that.  We could’ve gone anywhere like Belfast or Antrim, but John being a Bushmills/Ballymoney businessman, wanted it here.”

The growth of the business in the last 12 months and increased staff numbers—with more expected—has now meant that plans to rent out the ground floor retail space have been scrapped; instead, it’s to be repurposed for PayEscapes own needs, as Adrian explains.

“We planned to rent the space out for retail use. But with everything that’s going on, the decision was made that PayEscape needs the space now.

Since March 2020, very few businesses can say, they haven’t been impacted by COVID-19, which is why the help and support that PayEscape has given their clients since March 2020 has been vital and, in many cases, fundamental to helping them survive.

Throughout this, PayEscape has seen growth in the need for its services. “We’ve been quite lucky as a business because we service different sectors of the economy”, says Adrian

“Some sectors have suffered, with some of our retail customers going down in employee numbers. In contrast, we’ve seen an increase in other business areas like the technology sector and other businesses positively impacted by COVID-19, for example, those involved in the production of PPE, home improvement services and the construction industry.

Speaking about the new rebrand, Marketing Manager Nadene Facey said: “After 15 years, the branding had remained static, so the idea behind the rebrand was really to support PayEscape in the next phase of growth.

“It was about refreshing and modernising the brand along with the website, to reflect the new services being provided and where we are as a business today.”

PayEscape is also currently developing its own payroll software and upgrading the existing software, which they hope to be rolled out before the end of this year.

“It’s a competitive space out there for payroll. From accountants to big companies, national and international,” Adrian said.

“Everyone who’s employed gets paid, so how do you get them paid?

“There are lots of different payroll solutions to choose from, older and newer, so PayEscape is investing in technology to become one of the best in the UK.”

The company also recently announced a significant new client, signing up Air France KLM in the UK, with Adrian calling it a “big win for PayEscape” going on to say: “We were up against some national players to get their business, and we’re very pleased to have won them.”

So, what’s next for PayEscape? Looking ahead to the future, Adrian said: “We plan to continue to grow, and I think that remote working will become important in the future.

“John and Steve will want to keep the business as local as possible, but as we grow, we are probably going to have to have more remote working as the skill requirement dictates.”

As well as increasing employee numbers from around 50 when the company opened their new offices back in October 2020 to 63 this year, PayEscape continues to develop its staff internally with four promotions in the previous 12 months.

“We’ve had a lot of internal promotions, so the staff have been encouraged to grow internally,” Nadene told us.

“So it’s that development and commitment to existing staff which has paid off during this time.”

Speaking of the company’s progression over the past 15 years and the development and growth within the last 12 months at PayEscape House, owner and Managing Director John had this to say: “The success of PayEscape is fundamentally down to two things, the ease of use and intuitive nature of our products and the first-class service provided by our team of amazing people.

“PayEscape’s customer retention figures are the envy of our industry, and I have our whole team to thank for that.”

find out more at https://www.payescape.com/ 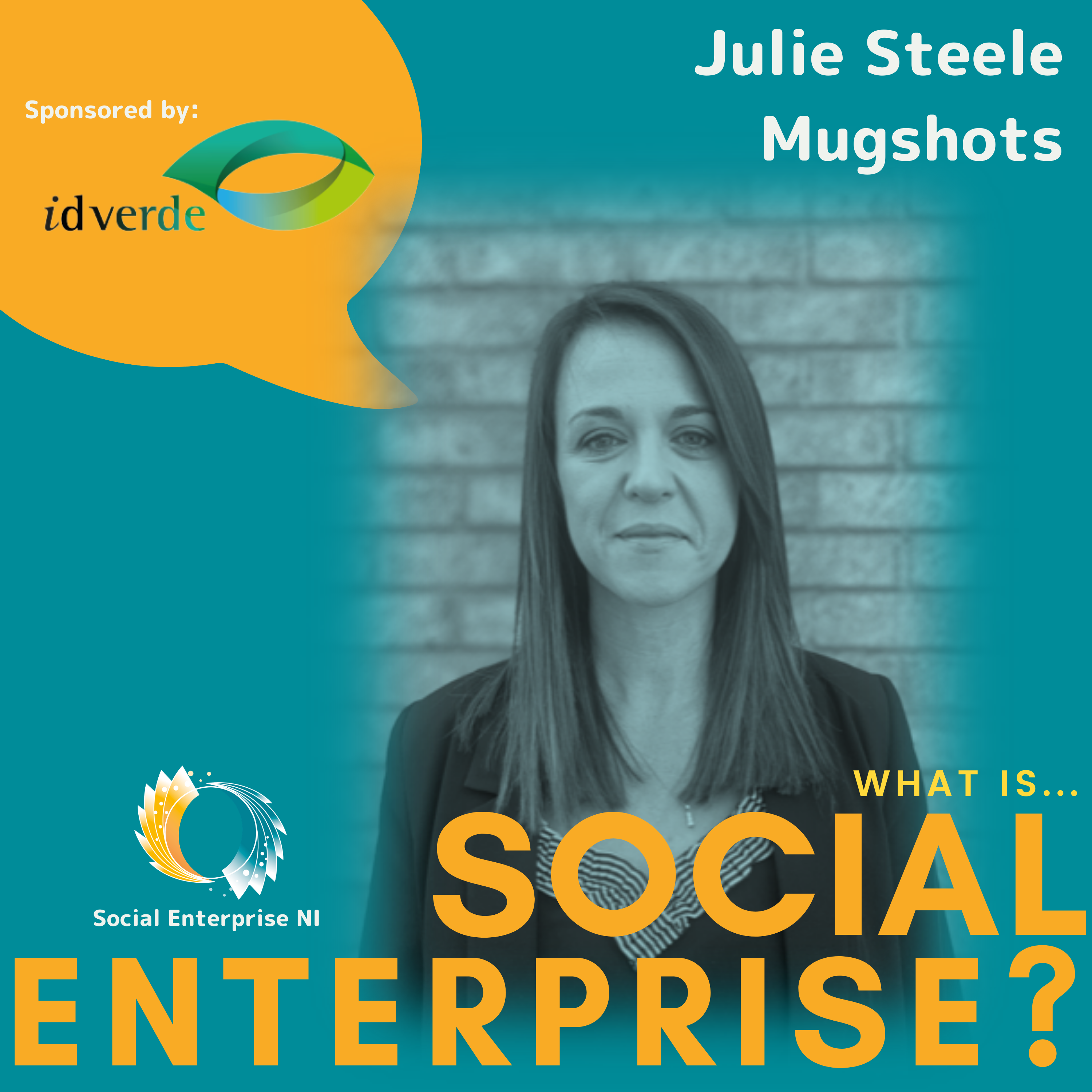