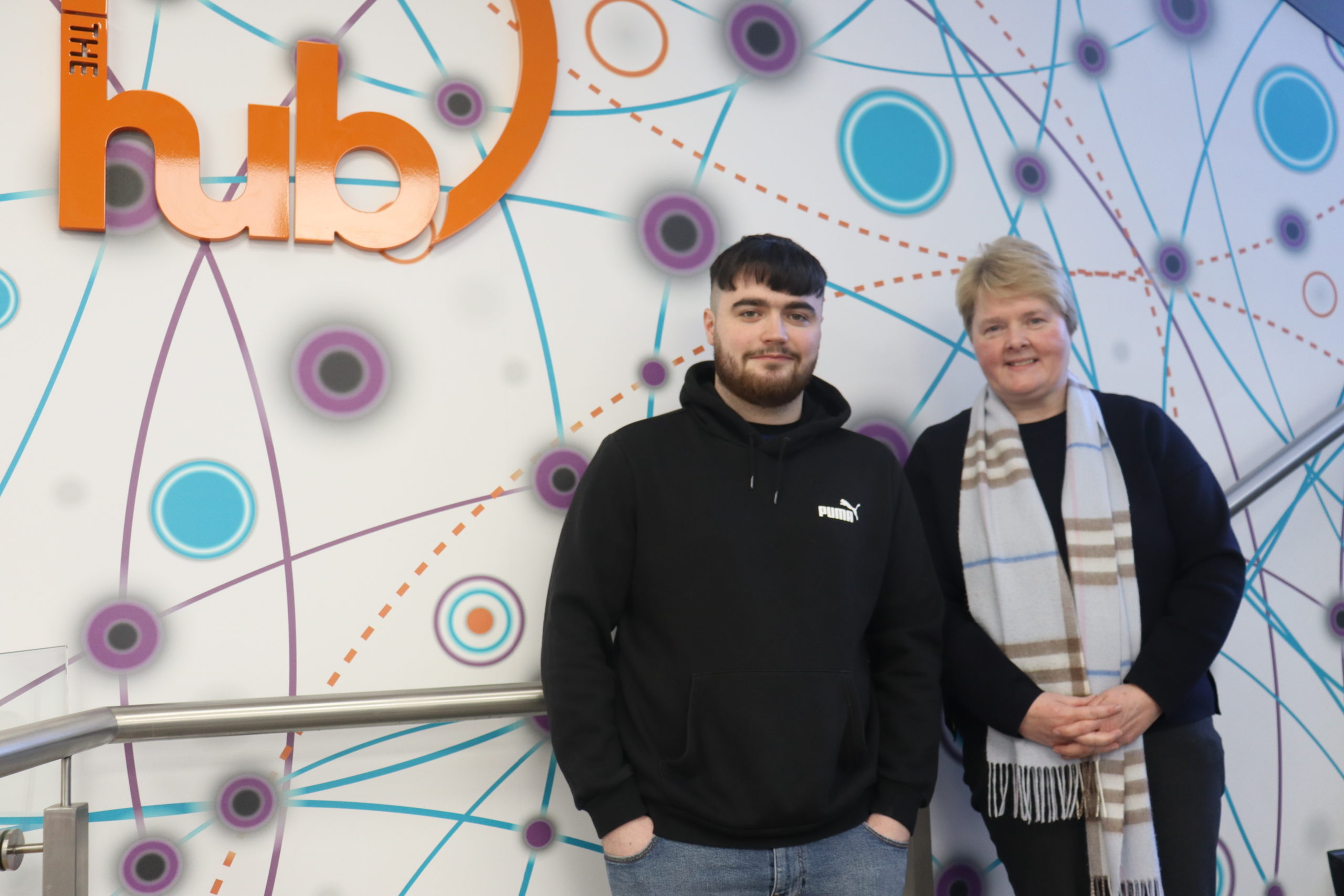 Words of advice – Student of the Year, Conor McRann on his time at Southern Regional College

Conor McRann snagged a job at First Derivatives in Newry following completion of his Higher National Diploma (HND) in Computing at Southern Regional College.  Currently working as a Service Analyst, Conor has set his sights on progressing his career and hopefully a bit of travel.

Conor initially went to University in Queens to study Archaeology but quickly realised it was not the right higher education option for him.  Instead of ploughing through and being unhappy, Conor took a year out to evaluate and instead considered his community-based College, Southern Regional College.  This proved to be a good move as Conor was awarded Higher Education Student of the Year during the September 2022 graduation!

Conor sought a course that would provide him with good job prospects and practical, up-to date content.  After carefully considering various computing options, Conor narrowed it down to two, one based in SRC’s Newry campus, the other in Armagh.

Conor originates from Kilkeel, so Newry would have been the closer option, however Conor got in touch with course lecturers who provided additional direction on course content.  This made the decision straightforward for Conor, who opted to study the Computing HND in Armagh.  A course designed to provide students with the skills and knowledge to work within the ever-growing computing sector.

At SRC, Conor got the opportunity to get hands on, relevant experience.  The best part to the HND was the design and development of servers, networking and working with Raspberry Pis.  This was the vital real life experience Conor sought to make himself work ready.  During the course, there was the opportunity to speak with and be inspired by professionals working in the computing sector.  This made the course ‘real’.

Conor undertook the HND course during the height of the Covid pandemic and was taught through blended learning – online and in person.  For Conor in person was definitely the better option, as you got to meet up with everybody and work on projects together. Staff at the College were fantastic at helping students transfer between online and in person learning, during what was a particularly nerve-racking period.

As for the future, what is Conor hopes and dreams?  At present, he is enjoying the start of his career with First Derivatives.  Conor obtained a job offer with the company prior to completing the course, following an email from course lecturers and faculty staff. This led to an interview in May 2022, quickly followed by a job offer.  This was a huge relief for Conor as he finished his HND, graduating in September 2022, with a job offer in place.

Once his current project ends, Conor hopes to obtain a project placement which will see him travel abroad and see other countries, which is exactly what First Derivative can offer.

So, how else did SRC help Conor, other than getting him real life experience and an introduction to his employer?  In Conor’s words, “It improved my problem-solving skills as modules overlapped whilst completing assignments, and if helped develop my people skills as I worked with people from different backgrounds.”

Lastly, Conor’s final words of wisdom for future students; “Really listen to lecturers and module co-ordinators as they have a great knowledge bank.  If you’re not sure about anything, just ask [SRC] staff as they are always willing to help.  I want to extend my gratitude to staff, as people can definitely make or break a course, but they definitely made it!”

“Throughout Conor’s two years at SRC studying HND Computing, it was obvious that Conor had set a high standard for himself.  Not only did he demonstrate an impeccable commitment to his studies but during the pandemic Conor was a key worker within his part-time employment.

Conor was able to balance his part-time job and studies in equal measure.  I was delighted that Conor was awarded HE Student of the Year at his Graduation and indeed he was a very worthy recipient.” 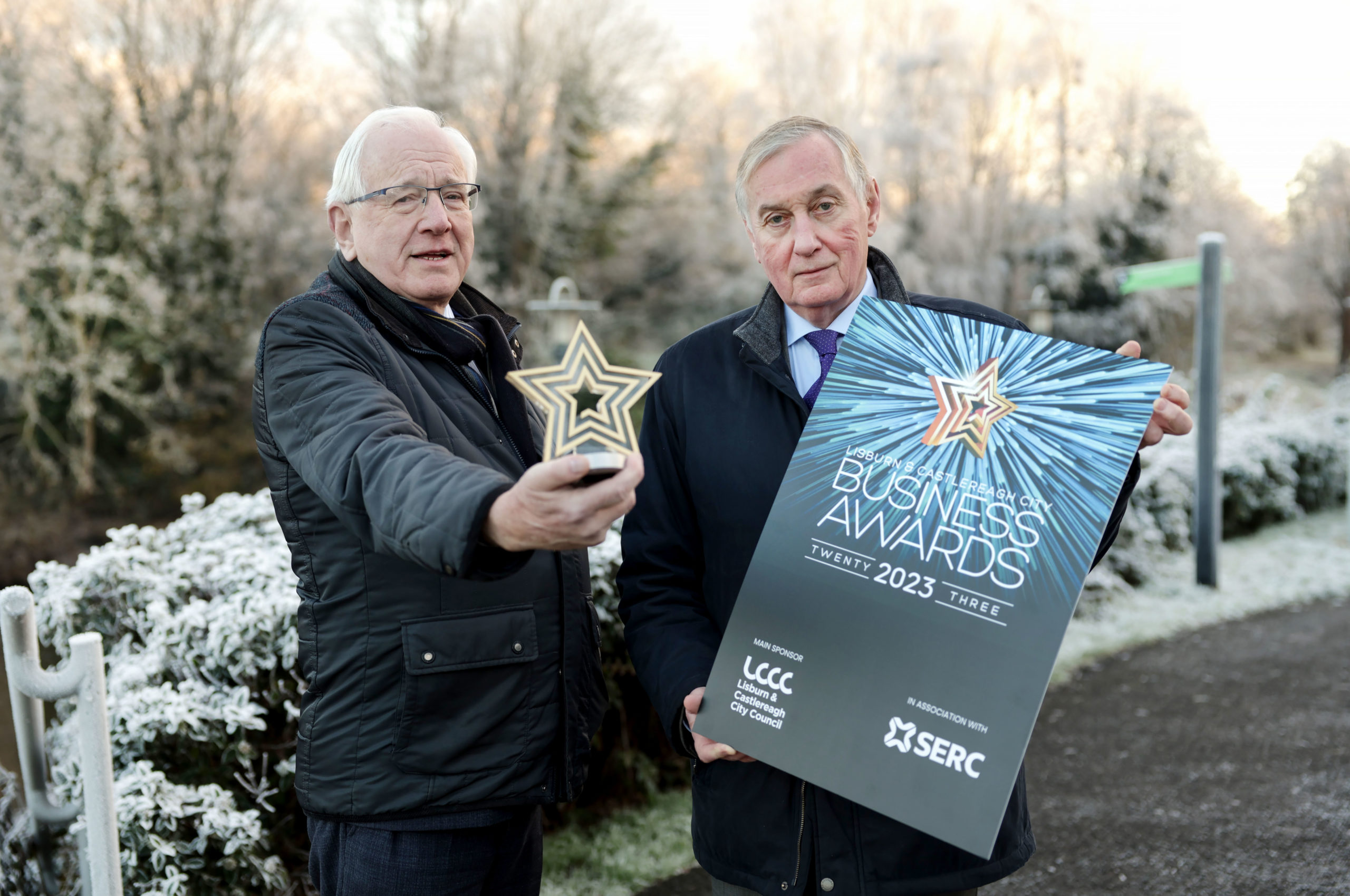