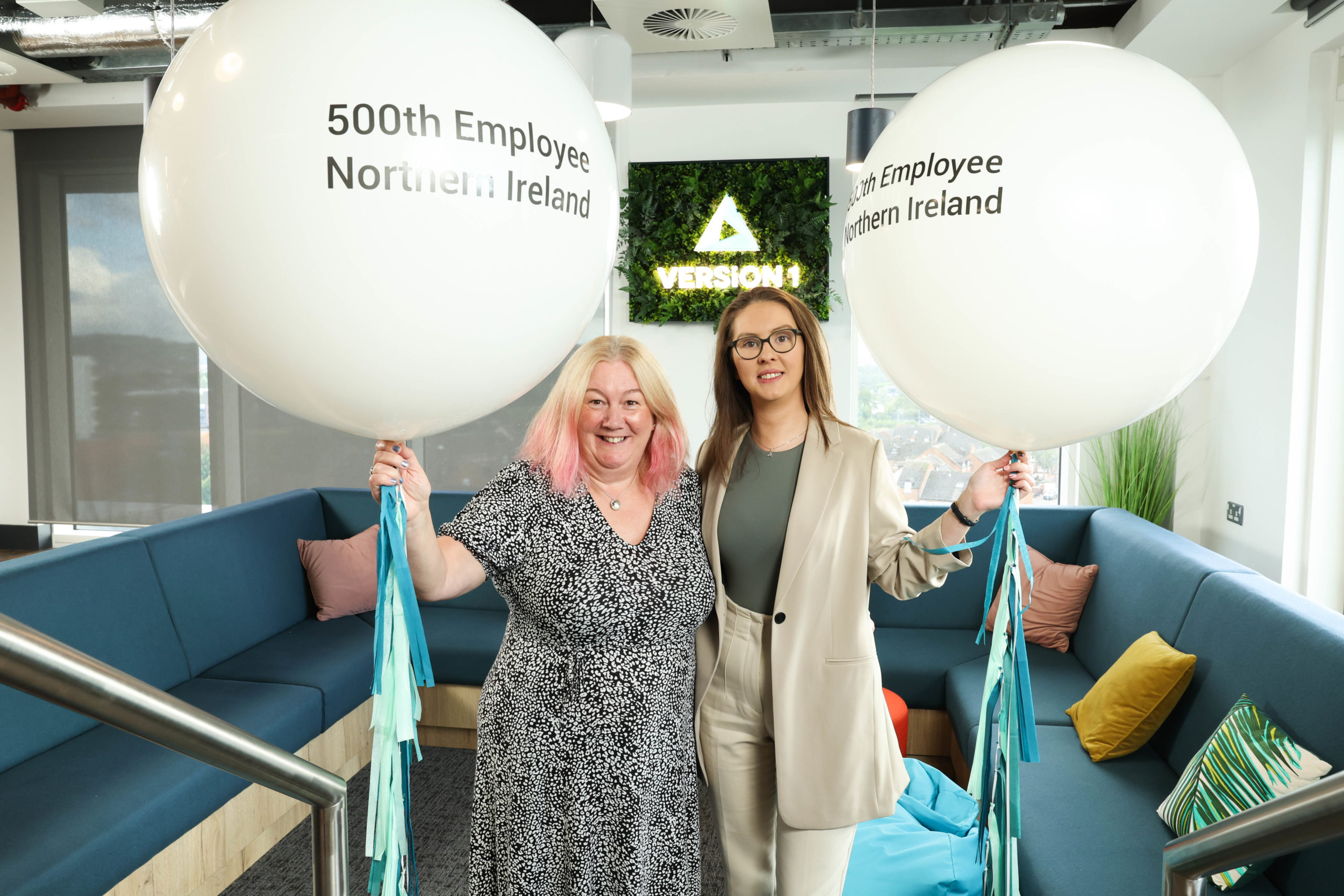 Version 1 has welcomed the 500th employee to its Belfast site as the company continues to grow its Northern Ireland base.

The milestone follows strong growth for the digital transformation business which has had a presence in the city for over 10 years. Last year, it announced the creation of around 180 new jobs in Belfast following its acquisition of locally owned firm Neueda.

Bronagh Sweeney joined Version 1 last week as the 500th employee as a Business Analyst and, in keeping with the company’s philosophy of hiring colleagues from a wide range of backgrounds, brings deep creative skills to the post.

Prior to joining Version 1, Bronagh graduated from Northumbria University with a BA (Hons) in Drama and later completed a Postgraduate Cert in Business Analysis and Consulting as well as a master’s degree at Ulster University, reflecting Version 1’s ambitions to build a highly skilled team and, offering roles to individuals who don’t necessarily come through an IT graduate route.

Bronagh Sweeney said: “I’ve worked hard to get to where I am today and can finally say that I have found a sector and company that I am really excited about.

“Version 1 didn’t pass judgement on my career journey, they wanted to know more, which was refreshing, and rather than feeling defined by my academic path and previous decisions I instead feel empowered and proud of what I achieved during the pandemic. I am more than delighted to be able to share with everyone now that I am a part of Version 1 and look forward to the new chapter of my career as a Business Analyst.”

Lorna McAdoo, Director of Operations and Business at Version 1 in Belfast, said: “We have worked tirelessly in Version 1 to not only create a great place to work for our employees but also, equally as important, to provide a place to work for anyone who has the drive and commitment in wanting a career in Tech. We are delighted that we have secured our 500th employee and very much look forward to celebrating our next 500. We would like to thank our entire team for their commitment and to all our customers for their support and partnership” she stated.

In total, the wider firm totals nearly 2,500 globally and plans are in place for further substantial expansion in the near future. Earlier this year, Swiss-based Partners Group acquired a majority stake in Version 1.