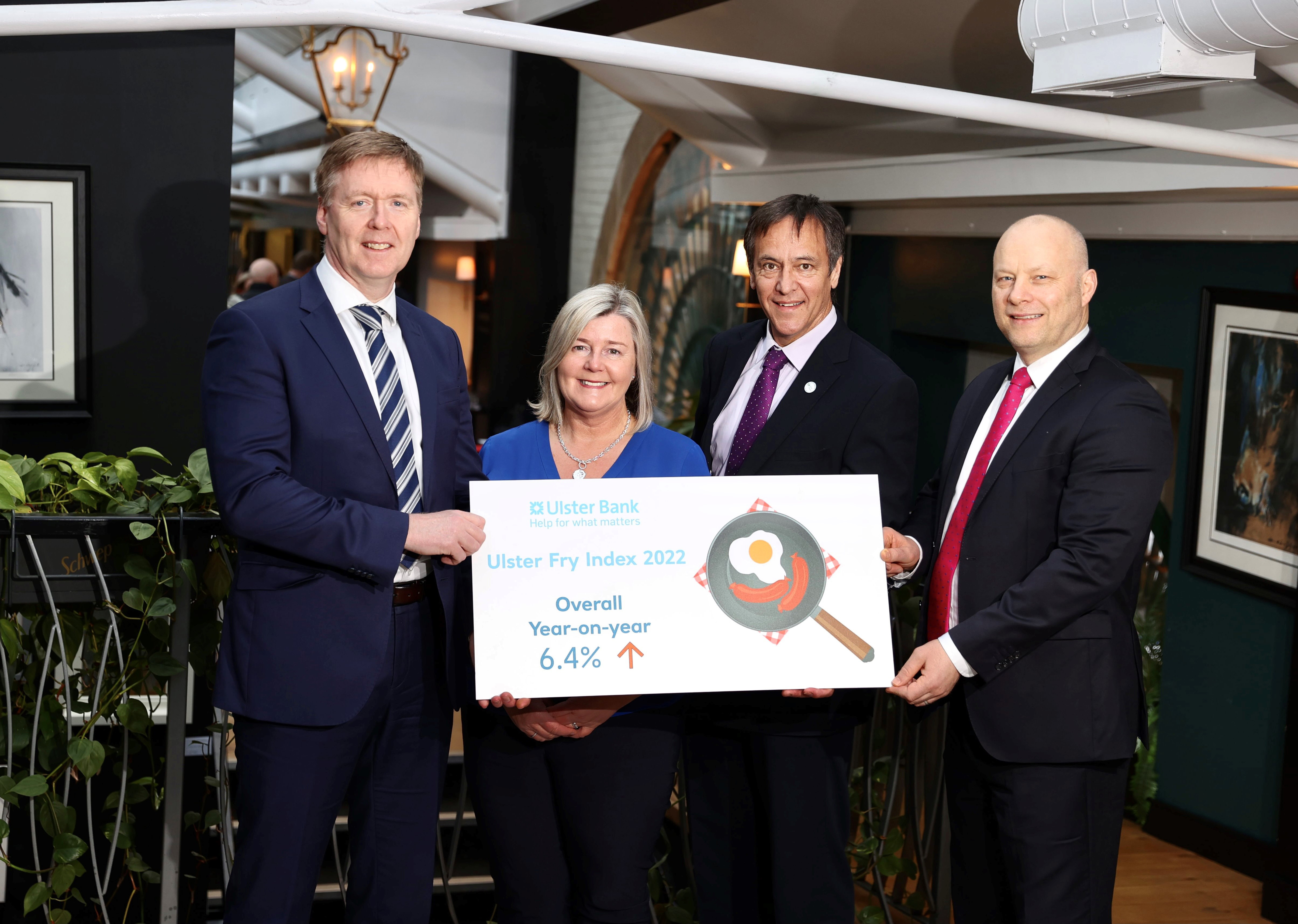 Farmers and consumers alike can expect food, fuel, and energy prices to increase as a new cost of living crisis continues to put pressure on Northern Ireland households.

The message came at an event hosted by Ulster Bank today ahead of its sponsorship of this year’s Balmoral Show where senior figures from within the bank outlined a number of key issues facing the local agri-food sector and reaffirmed Ulster Bank’s commitment to supporting the industry.

Ulster Bank Senior Agriculture Manager, Cormac McKervey, and the bank’s Chief Economist, Northern Ireland, Richard Ramsey, updated media, including members of the Guild of Agricultural Journalists, as well as other stakeholders, on the overall health of the local farming and food sectors and related economic issues.

They were joined by Ulster Bank Head of Northern Ireland, Mark Crimmins, who encouraged those in the audience to grasp the opportunities presented by a new, greener economy.

Speaking at the bank’s annual briefing held in Stock Kitchen, above St. George’s Market, Mr Crimmins said: “The agri-food sector is a key pillar of the Northern Ireland economy, and we remain strongly committed to supporting it through the many challenges it currently faces. In particular, we want to work in partnership with the sector to tackle climate change and provide the tools and expertise agri-businesses need to fulfil their green ambitions.

“As a leading financier of renewable energy projects, we have recently launched two new green propositions including green loans and green asset finance options for qualifying SMEs. All of our business managers now undergo specialist climate training and are now fully equipped to assist customers, including those in the agri-sector, on their sustainability journey.”

Cormac McKervey, Senior Agriculture Manager, Ulster Bank, said: “Undoubtedly, farmers in Northern Ireland are operating through very challenging times and the pace and scale at which input costs continue to rise is alarming. Farm gate prices for beef, lamb, grain, and milk are at an all-time high but margins remain static and, in some cases, are actually lower than this time last year.

“Many farmers are having to manage their cash flow extremely carefully, and while profitability has yet to dip, certain sub-sectors of the industry are being exposed to greater risks. Pig farmers are facing the most significant impact with input costs rocketing and the price for pork falling throughout the year.

“Land prices remain strong, and the demand is still high, yet we expect the majority of farmers to adopt a holding position rather than look to expand, given the other budgetary pressures currently facing the sector. Perhaps when Tier 2 approvals are received, then we will see an increase in overall capital investment.”

Ulster Bank Ulster Fry Index at its highest since 2014

At the event, Richard Ramsey presented his annual Ulster Bank Ulster Fry Index, which shows that the price of all items making up the cooked breakfast gauge rose in the year to the end of February, using the UK Retail Price Index (RPI).

Overall, the Ulster Bank Ulster Fry Index – the average inflation rate of the items included – rose by a robust 6.4% in the past year, meaning that the index is at its highest level since March 2014. This was the peak of the Ulster Fry Index and coincided with another cost-of-living crisis.

Looking back even further – since the last recession (2008), the Ulster Bank Ulster Fry Index has risen a whopping 29%.

The price change in the various items in the Ulster Bank Ulster Fry Index in the past year are contained within the accompanying infographic.

Richard Ramsey says that the Ulster Fry Index contains a more important message this year than ever.

“Food makes up a significant proportion of household spending. ‘Food and drink’ is also a key sector of the Northern Ireland economy. So, understanding how the price of food items is changing gives us some insight into both the current state of consumer finances, and also some of the challenges facing the agri-food industry,” Mr. Ramsey says.

“The fact that we are now in a new cost of living crisis means that creating understanding of price rises and cost pressures and where they are coming from is essential. What the Ulster Fry Index is telling us is that the prices of everyday items like milk and bread are rising really strongly at a time whenever households are also having to contend with big rises in their household energy bills.

He adds: “Exactly this time two years ago, we thought we were entering a food crisis. People were stockpiling food items in the expectation of supply shortages and empty shelves, despite repeated reassurances from the industry and politicians. The reality was that the food and retail sectors pulled out all the stops to keep the supply lines open and to keep us fed. Today, two years on, though, a new and worrying food crisis is on the cards for different reasons. Russia and Ukraine are two of the most important producers and exporters of agricultural commodities in the world. Overall, the two countries export one in eight of all calories traded worldwide. What Saudi Arabia is to oil, Ukraine and Russia are to cereal crops. And don’t forget that cereal crops aren’t just a direct source of food, they are also a major indirect source of food in that they are fed to the livestock that we then consume. Food supply problems will further fuel economic nationalism due to the scramble for food security, meaning the further unwinding of globalisation, or de-globalisation. Indeed, such is the concern about the supply of food that countries are now hoarding and stockpiling by banning exports.”

Further information about the Ulster Fry Index is available at www.ulstereconomix.com 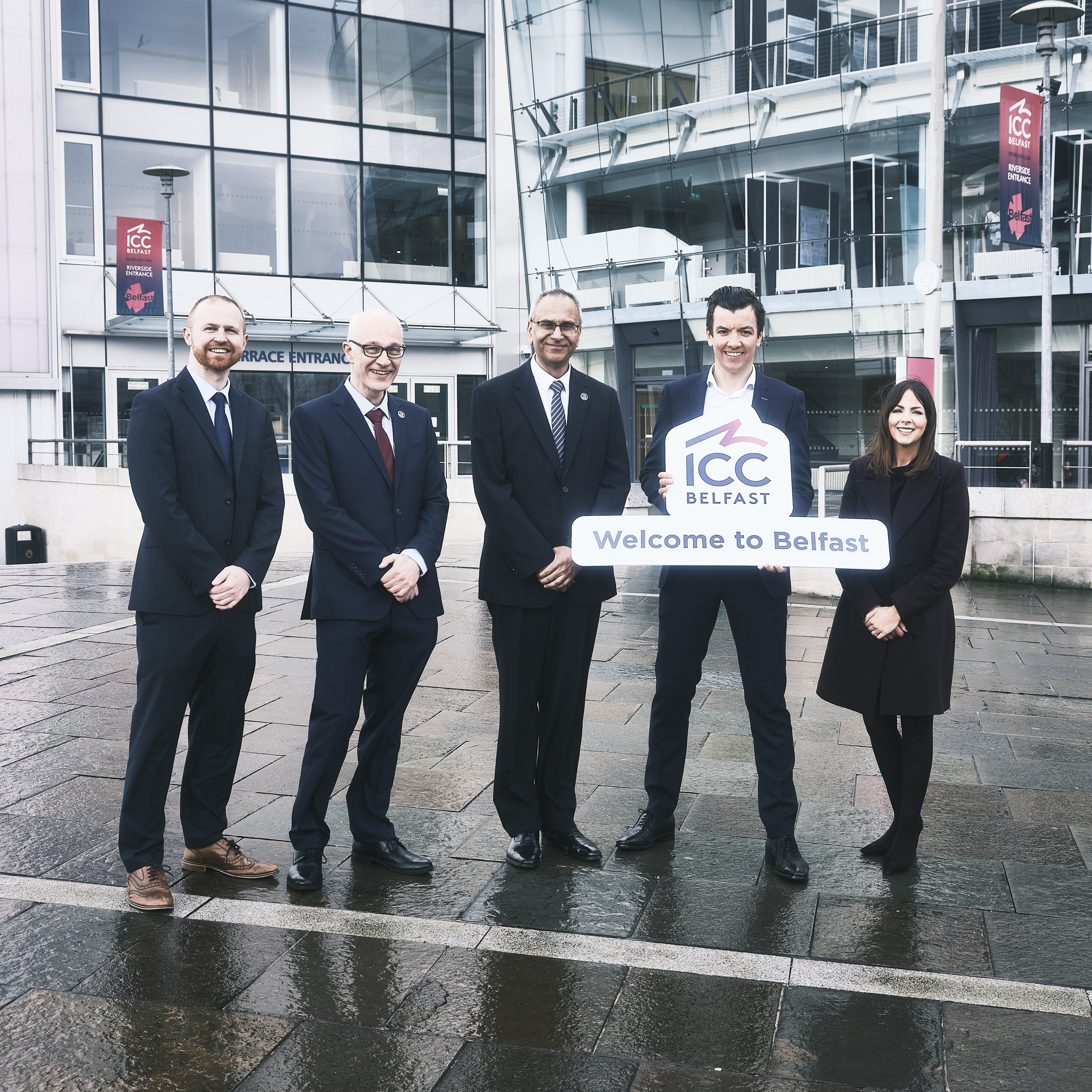