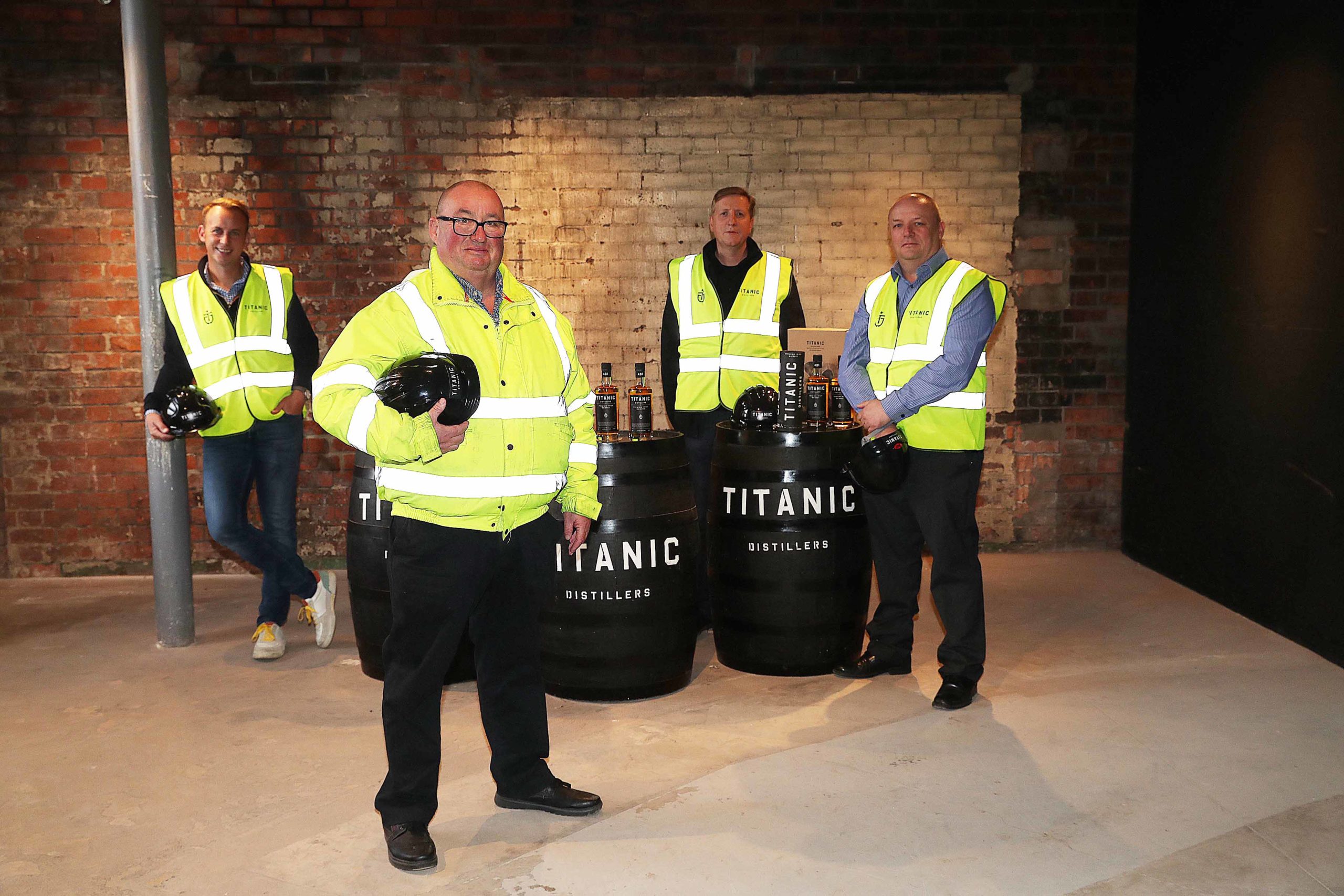 The investment, which will create 41 jobs, includes the conversion of the historic Titanic Pump-House into a working distillery and world class tourist attraction, both of which are due to open later this year.

A listed building in the heart of Belfast’s Titanic Quarter, the Pump-House, and neighbouring Thompson Dry Dock, first opened in 1911 to service and accommodate the massive White Star transatlantic liners Olympic and Titanic.

The redevelopment of the Pump-House by Titanic Distillers will include the installation of three large stills on a mezzanine floor overlooking the original pumping engines which are situated deep in the pump-well.

All of the original pump equipment and associated internal historic features of the building will be retained and available to view as part of the associated visitor tour. Aside from restoration requirements, the exterior of the pump house will also remain largely untouched.

Richard Irwin, Director of Titanic Distillers, said: “There is a significant global market opportunity for Irish Whiskey and we’re already seeing great success for our Titanic Distillers Premium Irish Whiskey in retailers throughout Great Britain. With significant investment in a dedicated distillery, we’ll soon be able to produce and bottle our own products on this historic site and build on our success to date to grow in global markets, with an initial focus on the US.

“We’re very excited to embrace the history of our distillery’s location to create a unique product and visitor experience in a World Heritage Site, immersed in the spirit of Belfast’s industrial and maritime past and inspired by the people who worked in Belfast’s shipyard more than a century ago.”

Once completed, visitors to the Pump-House will ‘clock in’, as workers did a century ago, to view the workings of the distillery and hear the story of Belfast’s whiskey tradition, why it disappeared and how it has returned with the city’s first working whiskey distillery since the 1930s.

“In the days before Prohibition, Belfast was once the largest producer of Irish Whiskey on the island of Ireland,” said Titanic Distillers Director Peter Lavery.  “Whiskey has played an important part in the history of our city but there hasn’t been a working distillery here for almost 90 years so we want to revive this great distilling tradition and bring Belfast back to the forefront of Irish Whiskey production, while at the same time telling the story of a glorious past when we led the way globally – not just in shipbuilding but across many areas of industry, manufacturing and innovation.”

Ten jobs are already in place and recruitment is underway with operations, distilling, hospitality and sales opportunities available.

Invest Northern Ireland has provided support towards the creation of the 41 jobs and property assistance towards the redevelopment of the Pump-House.

Mel Chittock, Invest NI interim CEO, said: “It’s great to see the ongoing growth of the Irish Whiskey sector in Northern Ireland, and for us to be able to support this.

“We’ve worked with Titanic Distillers since 2020, offering business advice, and our property team has offered support to help create this state-of-the-art distillery and visitor centre. We’re also helping it to create a strong local team to drive business development and exporting, helping it to find its place on the world whiskey map.”

“I’m pleased to see Titanic Distillers’ investment coming to life at this historic Pump-House. Once the redevelopment is complete, the distillery will produce quality single malt Irish whiskey, contributing to the growth of Northern Ireland’s whiskey cluster. By making such a significant investment, this local start-up has already been able to increase its global sales and is now set to provide an exciting new tourism offering for Belfast and Northern Ireland.”

The Titanic Pump-House is within walking distance of Titanic Belfast, the world’s biggest Titanic exhibition centre and Northern Ireland’s number one tourist attraction, clocking up more than 800,000 visitors per annum in the days before Covid-19.

Also resident in the Titanic Quarter is the SS Nomadic tender ship which ferried passengers to the ill-fated liner, and HMS Caroline, a decommissioned C-class light cruiser of the Royal Navy that saw combat service in the First World War and served as an administrative centre in the Second World War. 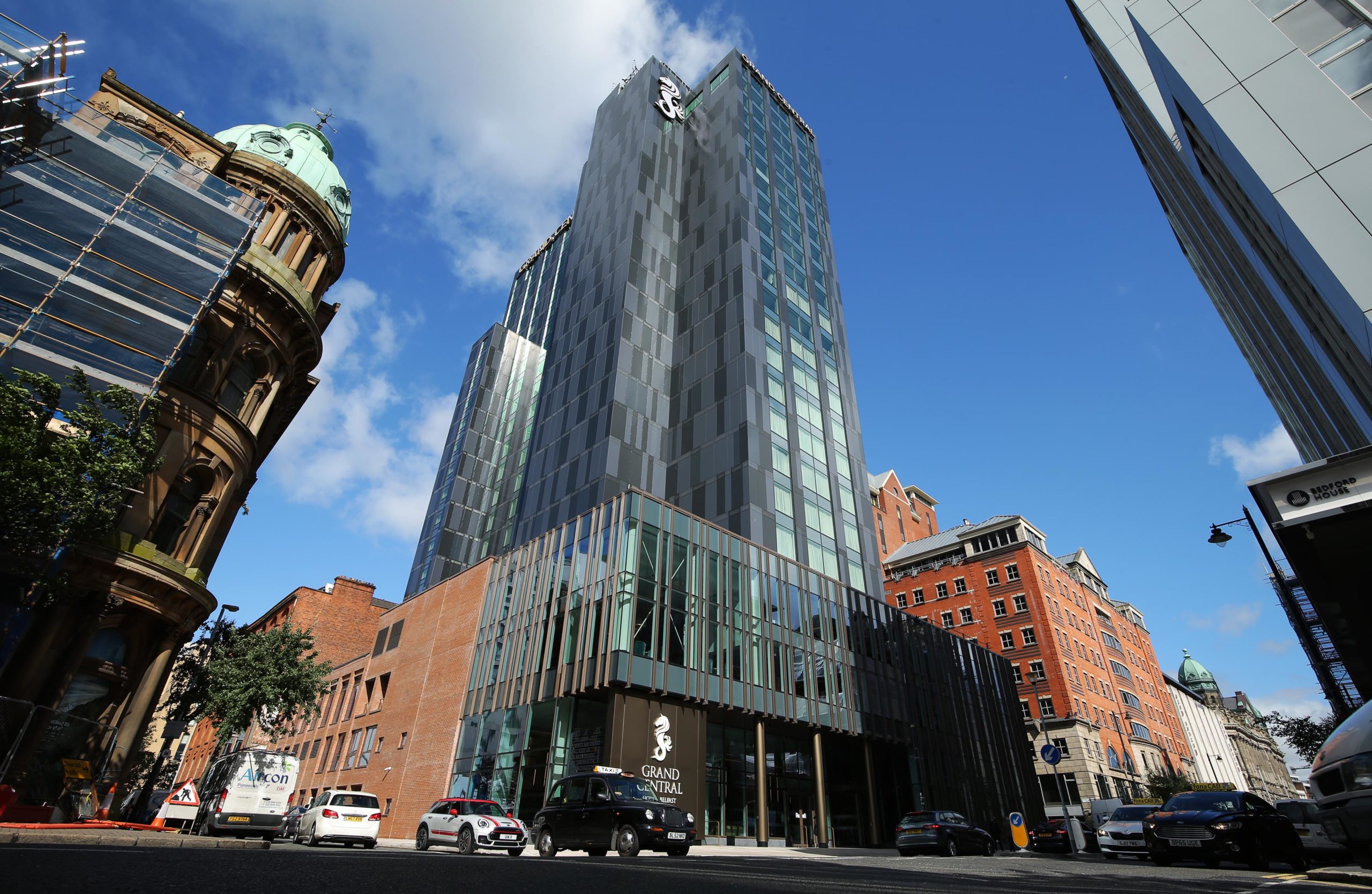