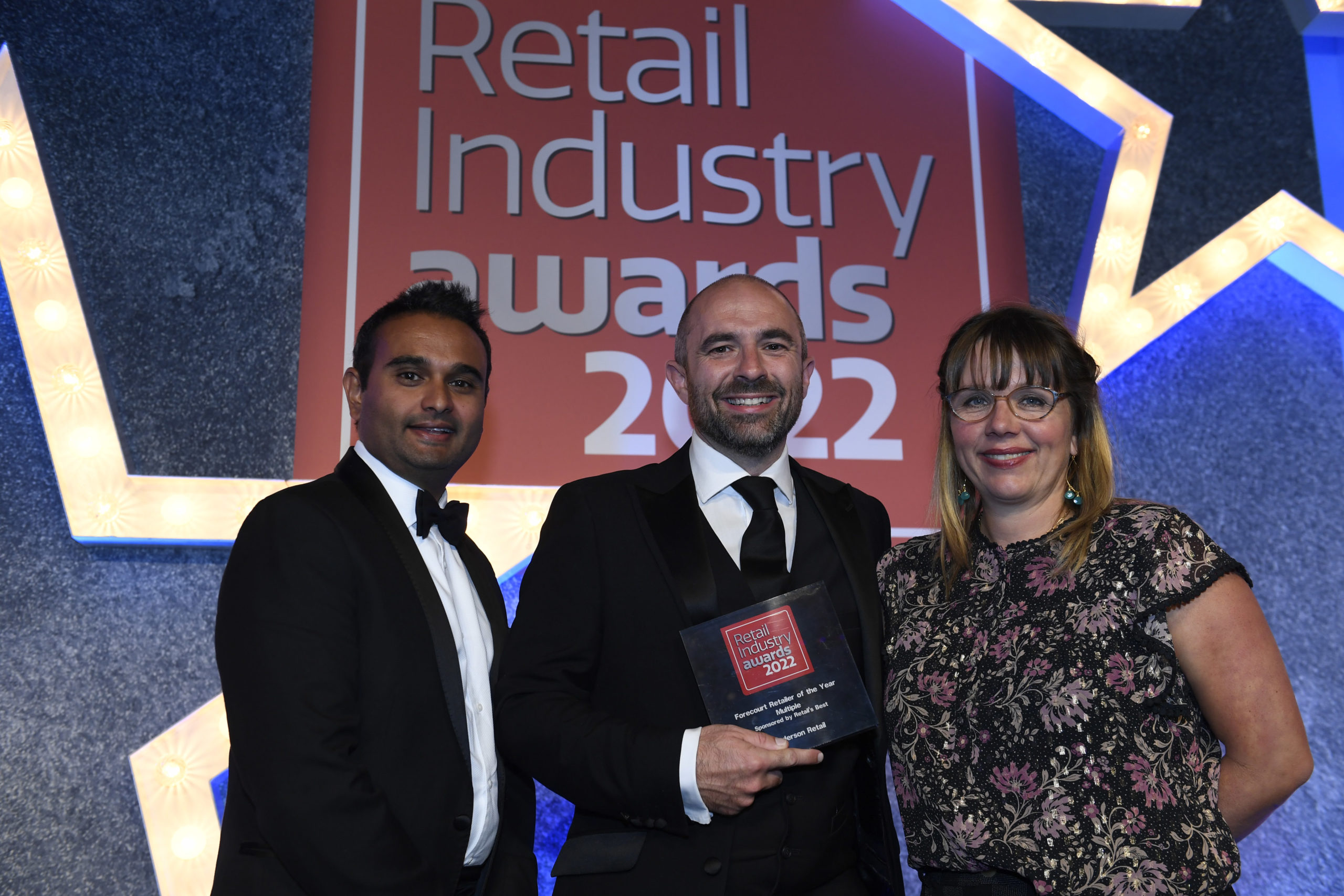 Record breaking night for SPAR and EUROSPAR retailers in London

Lynch’s Skeoge and Greysteel EUROSPAR supermarkets in Derry/Londonderry were the big independent winners on the night, picking up four wins and a highly commended.

Michelle Finch from SPAR A29 in Cookstown also won Trailblazer of the Year, while Mulkerns EUROSPAR in Newry won two plus a highly commended, and McCullagh’s SPAR, Omagh and JD Hunter & Co in Markethill rounded up the 16 top awards with a trophy each.

Paddy Doody, Sales and Marketing Director at Henderson Group says this is the biggest collective win for retailers at the Retail Industry Awards so far; “To be able to go to London and see our stores being recognised on a national platform for the excellence they bring to their communities, day in, day out, is fantastic.

“We are incredibly proud of our stores and their teams who are the ultimate competition, not only in their local markets but on a national and international retailing platform. They are consistent in their innovation and service and we send them huge congratulations for bringing home some of the top awards.”

Mark McCammond, Retail Director at Henderson Group added; “Henderson Retail has been continuing to invest across communities in Northern Ireland, bringing unrivalled additional services within new and renovated stores, designed with their local communities at the heart. We are incredibly proud to have picked up seven top awards for our company and our stores, alongside a further seven highly commended including Multiple Community Retailer of the Year.”

The Retail Industry Award winners were selected by a panel of esteemed and experienced names in the industry. The Awards are a celebration of all that is great about the UK grocery retail sector. The 2022 winners were revealed at a gala ball ceremony at The Brewery in London on 20 September 2022. A full list of winners can be found here.

An exciting opportunity to join the Council of Ulster University