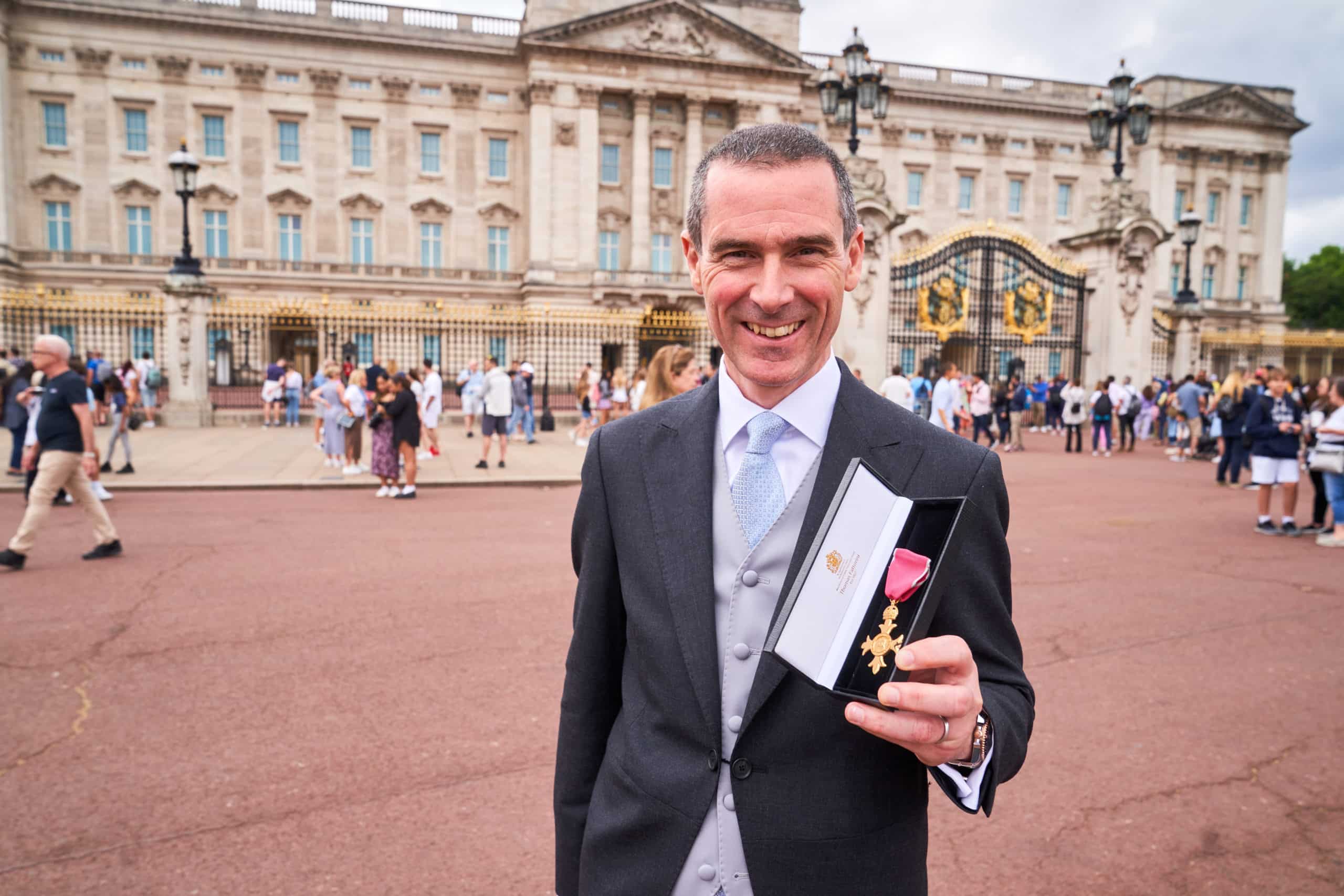 There was a double cause for celebration for Ray Hutchinson as he recently received the OBE from the Duke of Cambridge, and a short time later was named Construction Leader of the Year.

The Managing Director of construction, refurbishment and fit out company, Gilbert-Ash was named in the Queen’s New Year’s Honours for services to the industry and to diversity and inclusion.

Ray travelled to London, along with his family, for the ceremony which took place at Buckingham Palace on Friday June 24.

Just two weeks after the investiture, Ray was back in London again when he was named Construction Leader of the Year at the for prestigious Construction News Awards.

A delighted Ray paid tribute to his family for their support and to the staff at Gilbert-Ash.

He said: “I am deeply humbled to receive the OBE and I am accepting this honour on behalf of my family and my colleagues at Gilbert-Ash.

“To then be named as Construction Leader of the Year is another extremely proud moment.

“At Gilbert-Ash we have a wonderfully dedicated team who deliver truly outstanding projects for our clients. Leading this team is a privilege and I am constantly impressed by our ability to push the boundaries of innovation and excellence in the construction industry.”

Senior figures from Gilbert-Ash, the construction industry, organisations which promote diversity and inclusion and a charity have all paid tribute to Ray.

Mark said: “Ray brings a calmness to his role as Managing Director and sets the direction in terms of the projects we take on and how we want to do business as a company.

“This can be seen in our ‘As One’ approach to our customers, our staff and our supply chain. Ray brings that focus and team ethic as we seek to work together with great respect.

“He has also been a real champion of diversity and inclusion and largely responsible for Gilbert-Ash exceeding the industry average when it comes to female members of staff. This is an area where Ray brings a real focus.

“As well as supporting diversity and inclusion there are sound business reasons for having a diverse workforce and Ray has been at the forefront of Gilbert-Ash’s drive to have more female employees throughout the company.”

Mark Spence, Construction Employers Federation Managing Director, said Ray was a modernising force both for CEF and the construction industry during his time as President.

Mark said: “Ray took up the role of President during a difficult period for the industry in Northern Ireland. Stormont wasn’t sitting and the industry needed a strong voice as we met with senior civil servants and Permanent Secretaries to discuss budgets for public works.

“Ray was front and centre of a lot of detailed work around capacity and contracts and he was instrumental in keeping the lines of communication open during this time.

“Despite running his own successful business, he was always very generous in giving up his time to fight for others who really needed the work locally.

“Ray is also a great advocate for the skills which exist here in Northern Ireland, and he is always keen to promote the workmanship of local businesses. You can see this with Gilbert-Ash, a company which consistently uses local sub-contractors on their UK-wide projects.”

WOMEN’STEC Chief Executive, Lynn Carvill described Ray as someone who is incredibly supportive of diversity and inclusion and someone whose actions speak louder than words.

Lynn said: “I joined WOMEN’STEC about eight years ago and at that time the organisation underwent a great deal of restructuring. We worked to build new relationships, teams and programmes.

“It was at this time I first met Ray Hutchinson and I found him very supportive.

“Ray is someone who sees the big picture. When he champions diversity and inclusion it is not just because this aligns with his vision for Gilbert-Ash, instead he wants to see more women join the wider industry.”

CEO of Women in Business NI, Roseann Kelly MBE described Ray as a genuine advocate for diversity and inclusion across the construction industry.

Roseann said: “I have known Ray for many years and together we sat on the Board of Diversity Mark NI. Ray is always very supportive of Women in Business NI, and he is leading the way in championing the important issue of diversity and inclusion.

“During all the years I have known Ray he has consistently helped raise awareness of the important issue of diversity and inclusion.”

Anne McReynolds Chief Executive of The MAC in Belfast said: “Ray’s contribution as a voluntary Chair of the MAC Board and Gilbert Ash’s corporate sponsorship of the visual art programme have been inspiring.

“He has shared his time and expertise with unflagging commitment and good humour.  All of us in the MAC are in awe of his personal and professional generosity.”

Gavin Lonegran, Director of Belfast-based charity, the Adsum Foundation which supports communities in Madagascar through projects which deliver clean water, education health and sustainable livelihood projects, said he was delighted to hear about Ray’s OBE.

He said: “Gilbert-Ash is one of our oldest partners and together we have been able to change the lives of countless thousands of people in Madagascar.

“One of the reasons we have had such an enduring relationship with Gilbert-Ash is simply because of the people there. Ray has been at the centre of this, showing real enthusiasm for the work we do, being generous with his time and always keen to get staff enthused about supporting our work.

“I know Ray is a very busy man but when we meet he is genuinely interested to hear about our projects. He takes a personal interest in everything we are doing and he is a key reason why I hope the relationship between the Adsum Foundation and Gilbert-Ash continues for many years to come.” 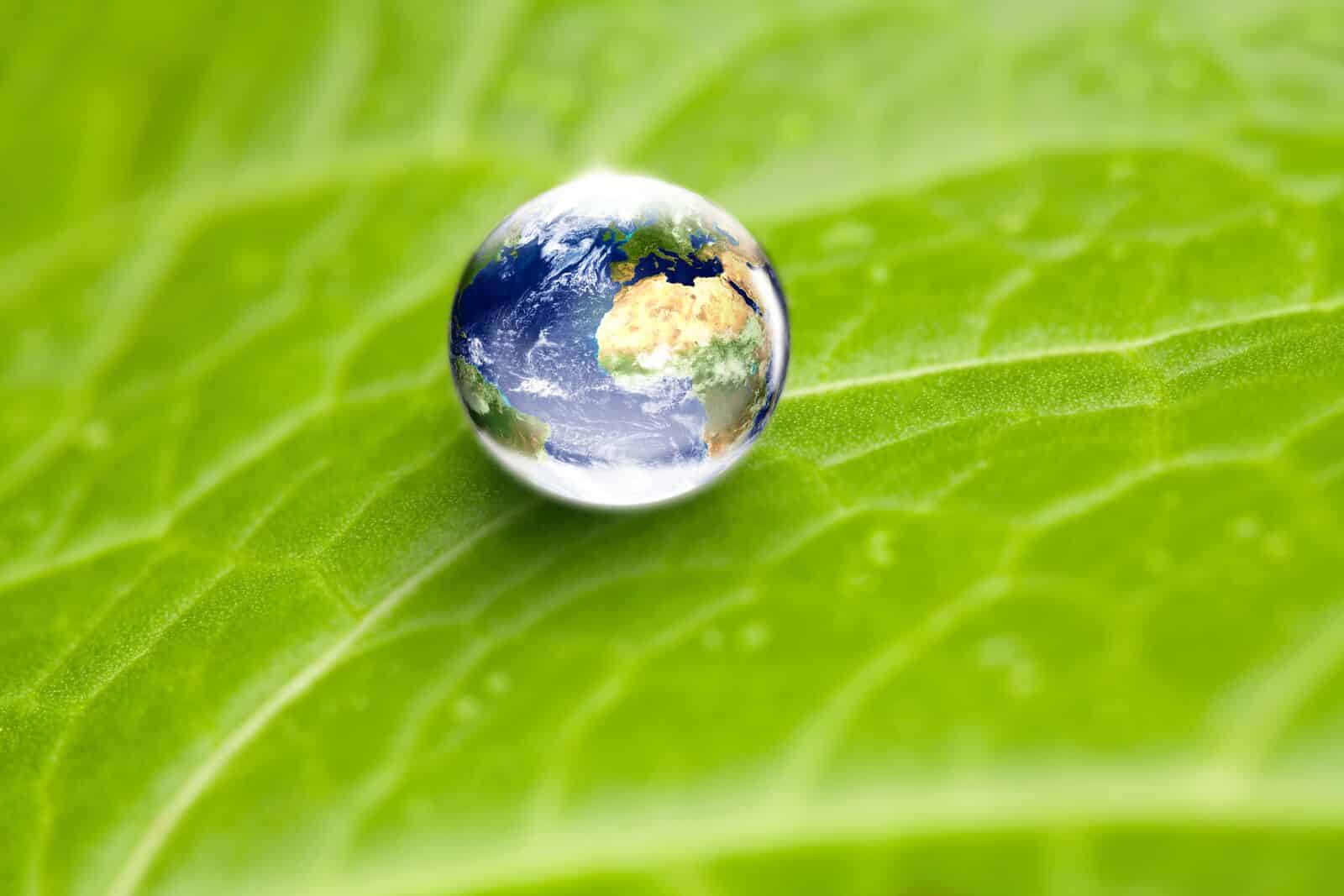 Sustainability: the buzz word but have you done anything about it yet?