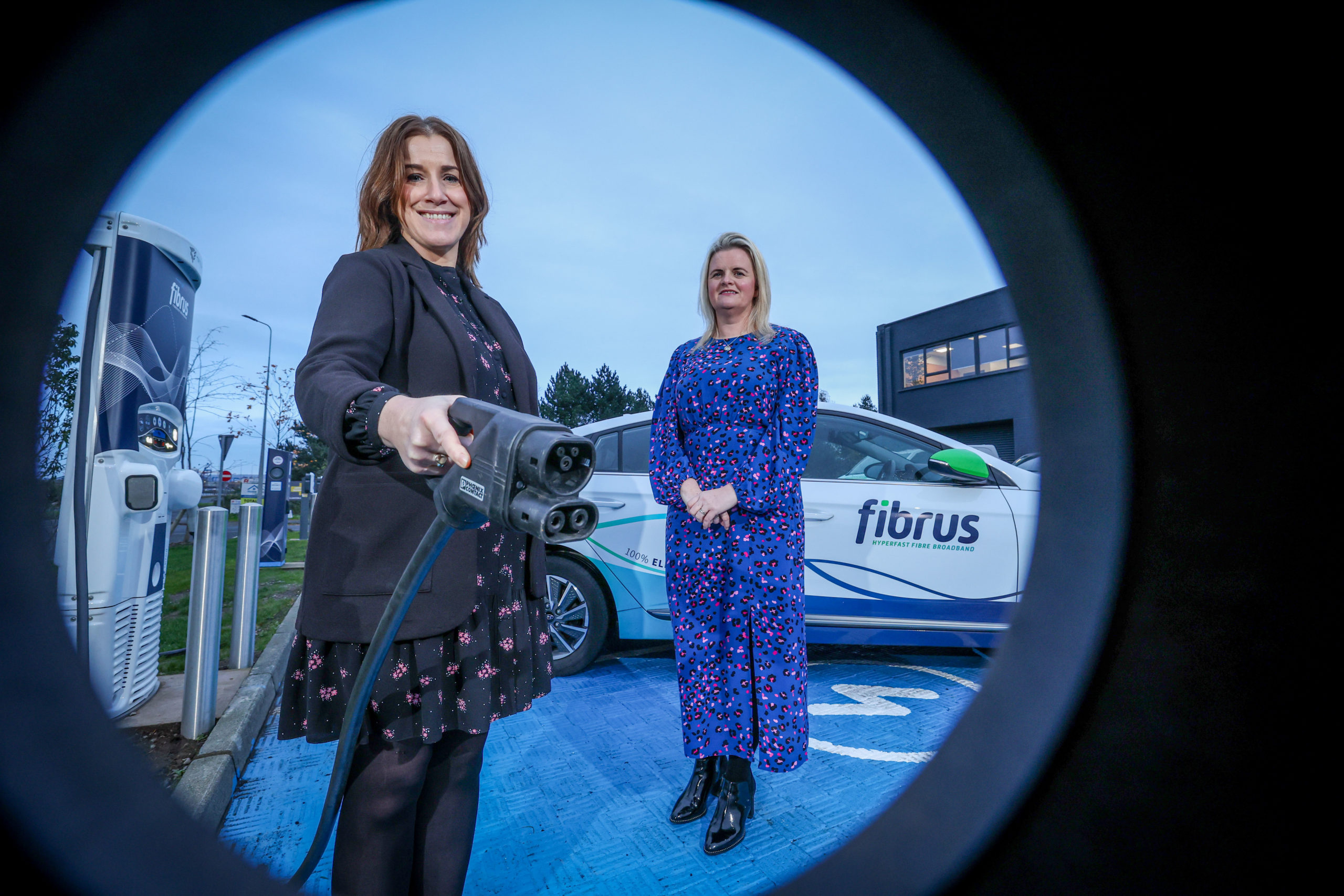 Fibrus has installed five electric vehicle charging points at its new Dargan facility, as it continues its drive to have a fully electric fleet in just three years.

At present, 14 of the Northern Ireland-based full fibre broadband provider’s 100-strong fleet are powered by electricity, with the number is set to rise dramatically in 2023.

All Fibrus EV drivers already have home charging facilities, but the Dargan based EV chargers are lightning quick following the addition of a rapid 50KW charging unit alongside other charge points.

Designed, connected and installed by EV charging point operator Weev, the electric charging points at the Dargan site have revolutionised the firm’s operations.

“The major benefit of having them is how fast they are,” said Sharon McGregor, Fleet, Facilities and Office Manager at Fibrus.

“Fibrus installs a charging point at the homes of team members who have electric vehicles. That could take roughly eight hours to charge so they would normally leave their EV charging overnight.

“The charging points at Dargan are much quicker. For example, with the raid charging unit you get 200 miles of range in just one hour and you should be able to charge a full battery in 90 minutes.

“There are five designated parking bays with charging points and all of them are available for Fibrus-branded electric vehicles or personal EVs free of charge.”

At the minute, 14% of the fleet is electric which means that Fibrus has already overtaken its own initial targets.

“The aim is to have a fully electric fleet by 2025 so the plan for the next three years is for Fibrus to increase the percentage of EVs within our fleet annually,” Sharon added.

“At the end of this year, the target was to have 10% EVs so we’ve already surpassed that.

One of the reasons that prompted Fibrus to install its own electric vehicle charging points in September, was the paucity of charging infrastructure in Northern Ireland.

“There are not that many EV charging points in Northern Ireland,” explained John Evans, Head of HSEQ at Fibrus.

“These units were installed at Dargan to support the Fibrus fleet as well as to encourage personal uptake as well.

“Our employees have said it’s a great perk of the job to be able to charge their EVs at work. We want to be known as a green company making green choices – sustainability is really important to Fibrus. The least we can do is to support our employees who are making the conscious choice to switch to EV.

“Such has been the success of the rollout that we’re now being invited to share our plans and insights with other firms who are considering electrifying their fleet. It’s great to be at the forefront of fleet electrification and playing a part of the rising green tide.” 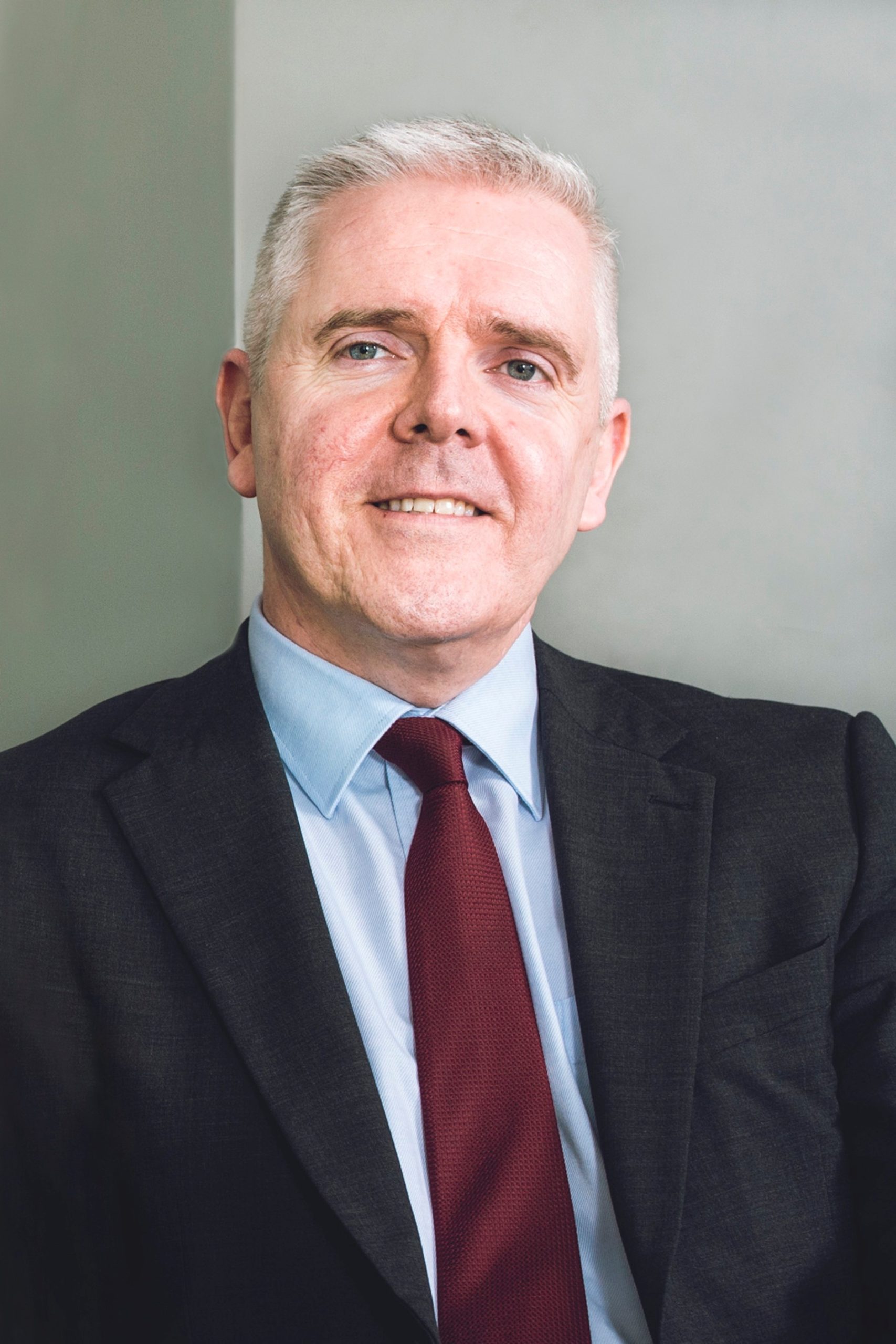