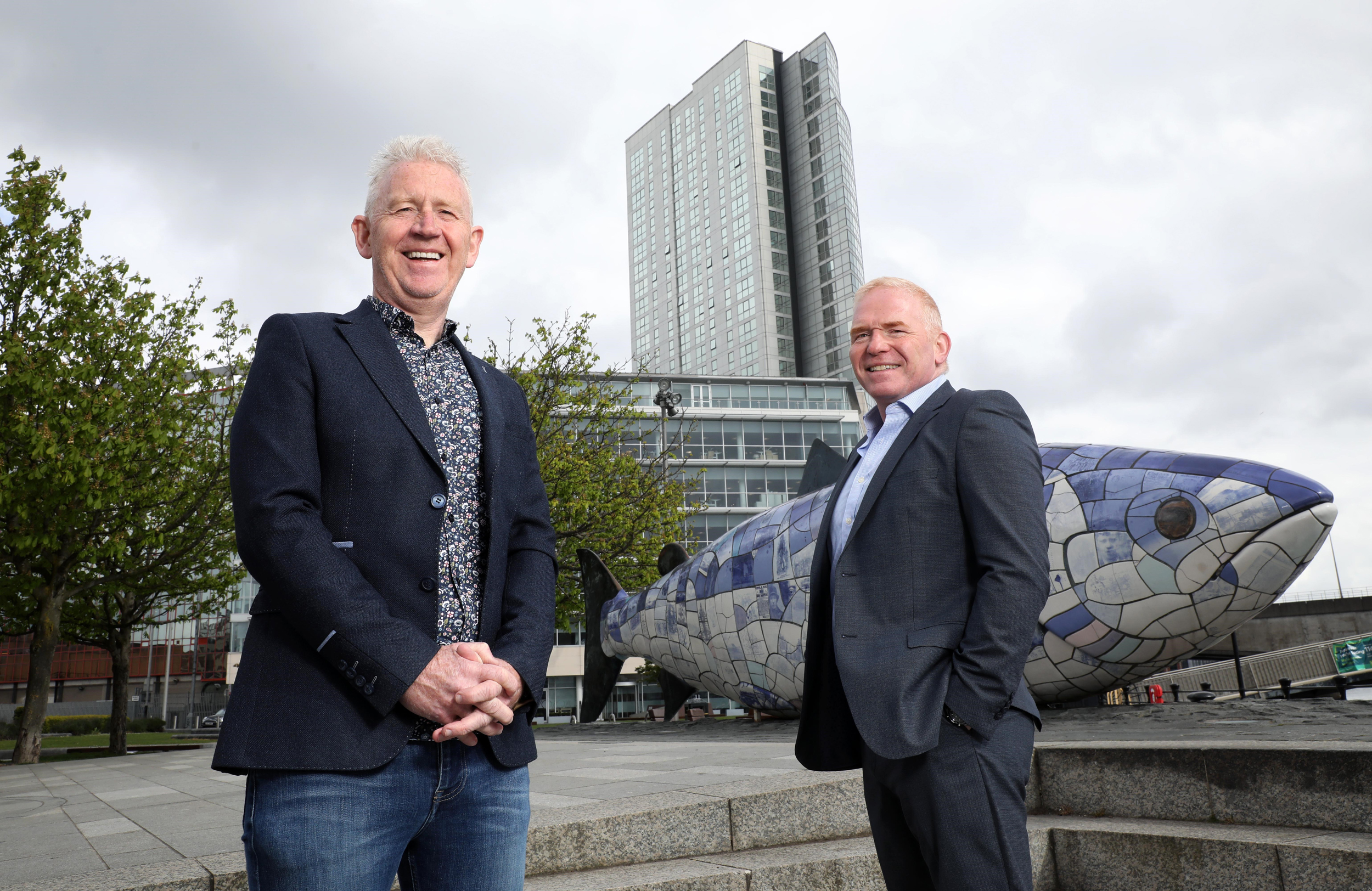 A new chairman is incoming at one of Northern Ireland’s fastest growing IT businesses with a remit to help create the best workplace culture in Northern Ireland and lead a series of ‘game-changing’ acquisitions and aggressive growth plans.

Outsource Group, founded and led by CEO Terry Moore, has secured former Novosco boss Patrick McAliskey to head its board as the company gets set to implement a transformational expansion plan. The announcement follows hot on the heels of Outsource’s merger with ANSEC IA, one of the most highly regarded IT security consultancies in the UK & Ireland.

Patrick founded Novosco and grew it into one of the UK’s most respected IT managed service providers before selling it to an international PLC in 2019.

During his time with Novosco, Patrick led a series of successful mergers or acquisitions and turned the company into one of the best companies on these islands to work for.

Outsource Group currently employs around 70 people and expects to grow that to over 100 this year. Longer-term, the group has aggressive growth plans at home and abroad, with a number of additional strategic opportunities currently being progressed, which will see staff numbers and revenues continue to grow significantly year-on-year.

“Our plan is for Outsource Group to be the number one security-focused IT managed services business on these islands. We are delighted that Patrick has agreed to take on this leadership role as chairman, which both validates our existing development plans but also provides us with the sector’s most experienced and proven leader to support us over the longer term. The next stage is to fast-track our growth by acquiring more brilliant businesses that complement what we do, and to ramp up our recruitment by creating a workplace that is a magnet for the very best talent.”

“Patrick was a star IT leader at Novosco, and his experience and skills will be game-changing for Outsource Group. We feel really privileged to have Patrick join us and can’t wait to get started on delivering on our plans under his leadership,” Terry adds.

Patrick, who has also supported IT mergers and acquisitions in his role as non-executive chairman of tech firms such as Elemental Software, will join Outsource Group as chairman this month.

He says: “I see Outsource Group as a company that is set to achieve really rapid growth, win big contracts and attract the best talent. The company is incredibly well led by Terry Moore and his management team, and they have the vision, the ambition and the plan to do really big things, both in the short term but also over the longer term. I’m incredibly excited about working with the team and helping them shape and deliver on their plans.”