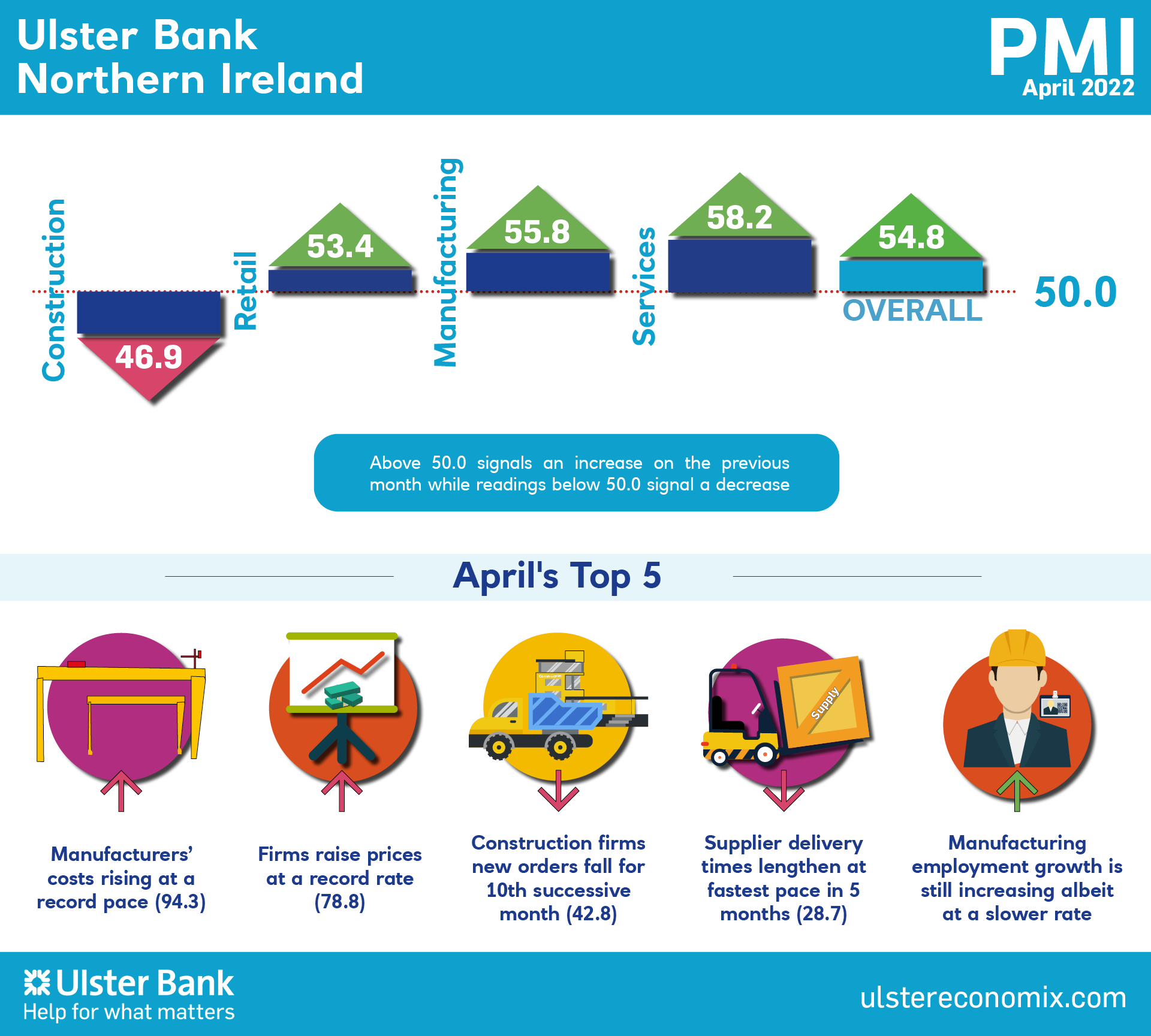 Today sees the release of April data from the Ulster Bank Northern Ireland PMI®. The latest report – produced for Ulster Bank by S&P Global – indicated that substantial inflationary pressures acted to subdue growth of output and new orders, with the rate of job creation also easing at the start of the second quarter.

“Lockdowns across China and the war in Ukraine, caused economic forecasts to be slashed around the world last month. Slower rates of growth and higher rates of inflation are par for the course across the PMI surveys in April too. Northern Ireland was no exception with firms reporting slower rates of growth in output, new orders and employment. Conversely, input costs rose at their second highest rate on record while firms raised the prices of their goods and services at the fastest pace since the survey began almost 20 years ago. Indeed, inflationary pressures continue to be more intense in Northern Ireland than in all other UK regions.

“Manufacturing continued in expansion mode in April but there was a substantial slowdown in output and new orders growth. Meanwhile, manufacturers saw the pace of employment growth slow to a 14-month low as difficulties finding suitable staff continue. Services firms bucked the wider slowdown by reporting faster rates of growth in new orders and employment in April. Once again, construction reported a fall in output and a sharp decline in incoming orders.

“Manufacturing and services are running into capacity constraints. Skills shortages, coupled with strong demand have resulted in backlogs mounting at rapid rates. Services firms are seeing outstanding workloads rise at their fastest paces since 2013. Lengthening supplier delivery times are adding to these difficulties. These backlogs should guarantee relatively strong rates of growth in business activity in the near term but optimism for the year ahead remains relatively muted with the cost-of-living crisis making retailers the least optimistic for the year ahead. With the economy set to deteriorate in the second half of the year, the business community will be hoping for a quick formation of a Northern Ireland Executive to help deal with short term challenges and to progress much needed long-term reforms and investment.”

The main findings of the April survey were as follows:

The headline seasonally adjusted Business Activity Index posted 54.8 in April, down from 56.3 in March and signalling the softest rise in activity since January. That said, the rate of growth remained solid, reflecting continued increases in new orders. Three of the four monitored sectors saw output increase, the exception being construction. A similar picture to activity was seen with regards to new orders, which increased at a softer pace in April. The rising cost of living reportedly hit demand, with shortages of materials and staff as well as weakness in the construction sector also limiting growth.

Input costs rose substantially, and at the second-fastest pace on record. Higher energy and wage costs were the most widely reported sources of inflationary pressure. In turn, output prices increased at a fresh record pace, with new peaks registered in both the manufacturing and retail sectors. A further modest increase in employment was recorded, while backlogs of work rose substantially. Meanwhile, delays to supplier deliveries remained widespread. Although picking up from that seen in March, business confidence remained relatively subdued amid concerns around escalating business costs. Those firms that were optimistic regarding the outlook hope for ongoing rises in new orders. 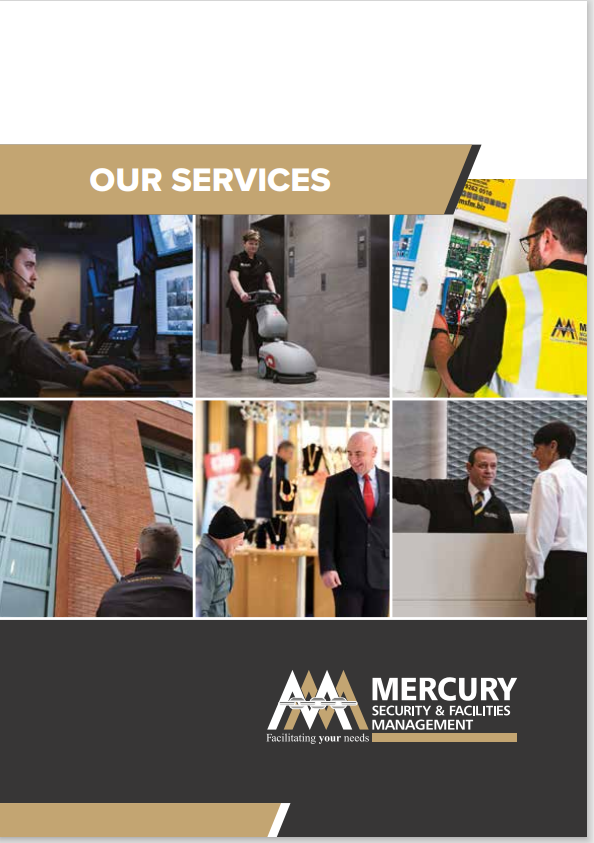