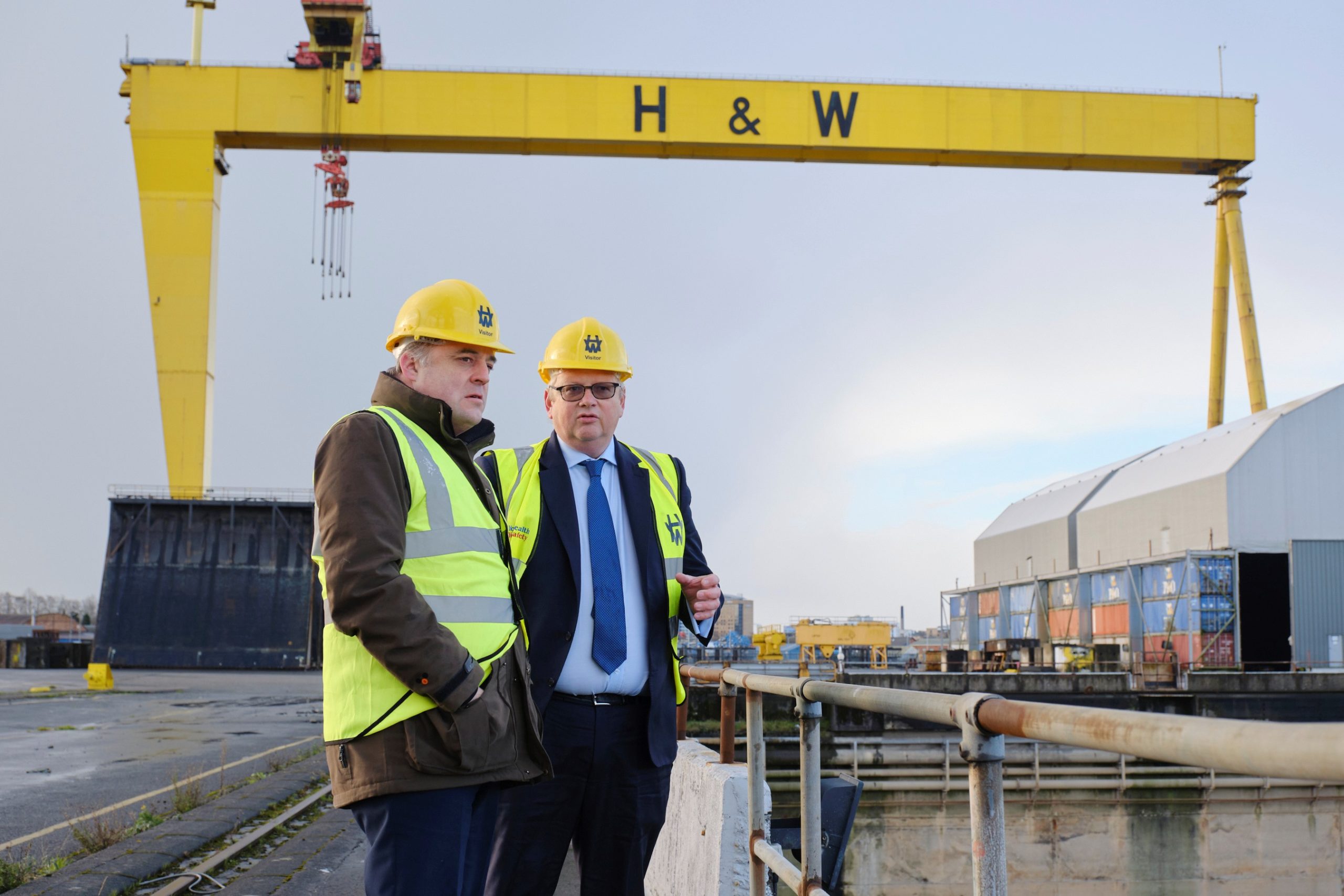 A £1.6 billion contract has been awarded to Team Resolute, a Harland & Wolff consortium, to manufacture the vessels providing munitions, stores and provisions to Royal Navy ships.

The contract is set to invest around £100 million into UK shipyards, including £77 million of infrastructure at Harland & Wolff’s Belfast and Appledore shipyards, and a further £21 million in skills and technology transfer from Navantia UK, Harland & Wolff will create one of the most advanced shipyards in the UK – significant for future export and domestic shipbuilding.

With around 900 jobs alone to be created at Harland & Wolff’s Belfast site, the contract – awarded by Defence Equipment & Support – is a welcome boost for Northern Ireland, bringing naval shipbuilding back to Belfast.

The Prime Minister visited Harland & Wolff last month, following the announcement that Team Resolute had won the competition for the future support ships in November.

Expanding and enhancing Harland & Wolff’s shipbuilding facilities, the FSS fleet will be the first ships built by Harland & Wolff in Belfast since MV Anvil Point was launched in 2002.

The majority of the blocks and modules for the ships will be constructed at Harland & Wolff’s facilities in Belfast and Appledore, following the entirely British crafted design by the Bath-based company BMT. Build work will also take place at Navantia’s shipyard in Cadiz in Spain, with the final assembly for all three 216-metre-long vessels – each the length of two Premier League football pitches – to be completed at Harland & Wolff’s Belfast yard.

This programme will bring £77 million of investment into the Harland & Wolff shipyards and create around 1,200 Harland & Wolff shipyard jobs, spring boarding Harland & Wolff back into the naval shipbuilding sphere and significantly enhancing our export opportunities for the future.This is the last chance to capture the excellent shipbuilding skills that remain in Belfast and Appledore before they are lost and pass them on to the next generation of UK shipbuilders. UK Government has seized this opportunity and in doing so ensured the long-term survival of our shipyards and significantly bolstered sovereign shipbuilding capability.

Aiming to deliver 200 further education opportunities on graduate placements and apprentice programmes, the contract will build on the Prime Minister’s commitment to grow the economy by supporting thousands more supply chain jobs across the UK. Harland & Wolff’s welding academy is set to train 300 new UK welders during the contract, with 120 highly-skilled jobs supported at BMT.

The award of this major UK Government contract is fantastic news for Northern Ireland and the UK shipbuilding industry.Harland and Wolff is iconic worldwide for its shipbuilding history, and the creation of hundreds of jobs through this contract as well as training opportunities will ensure that Belfast remains a key player in the shipbuilding industry of the future.

Delivering on ambitions to bolster UK shipbuilding as laid out in the National Shipbuilding Strategy Refresh, the contract aims to deliver significant capital investment in the UK while providing ships which are essential to the Carrier-led Maritime Strike Group.

The ships will be the second longest UK military vessels behind the two Queen Elizabeth-class aircraft carriers. They will have commonality with the RFA’s Tide class fleet tankers, also built to a British BMT design. The majority of the three ships’ build will take place in the UK, and the contract will increase industrial productivity, and develop the domestic supply chain and workforce while improving the industry’s environmental sustainability.

This is an historic moment for shipbuilding in Belfast. We campaigned for Harland & Wolff with a view to bringing new infrastructure and knowledge into our shipyards, and FSS will create jobs, skills and opportunities for young people in Northern Ireland. We continue to wrestle with a capacity shortage in shipyards and we believe that by unlocking the full potential in Belfast, we can help to secure a bright future for shipbuilding in the UK.

Production is due to start in 2025, with recapitalisation and yard improvements starting immediately. All three support ships are expected to be operational by 2032. 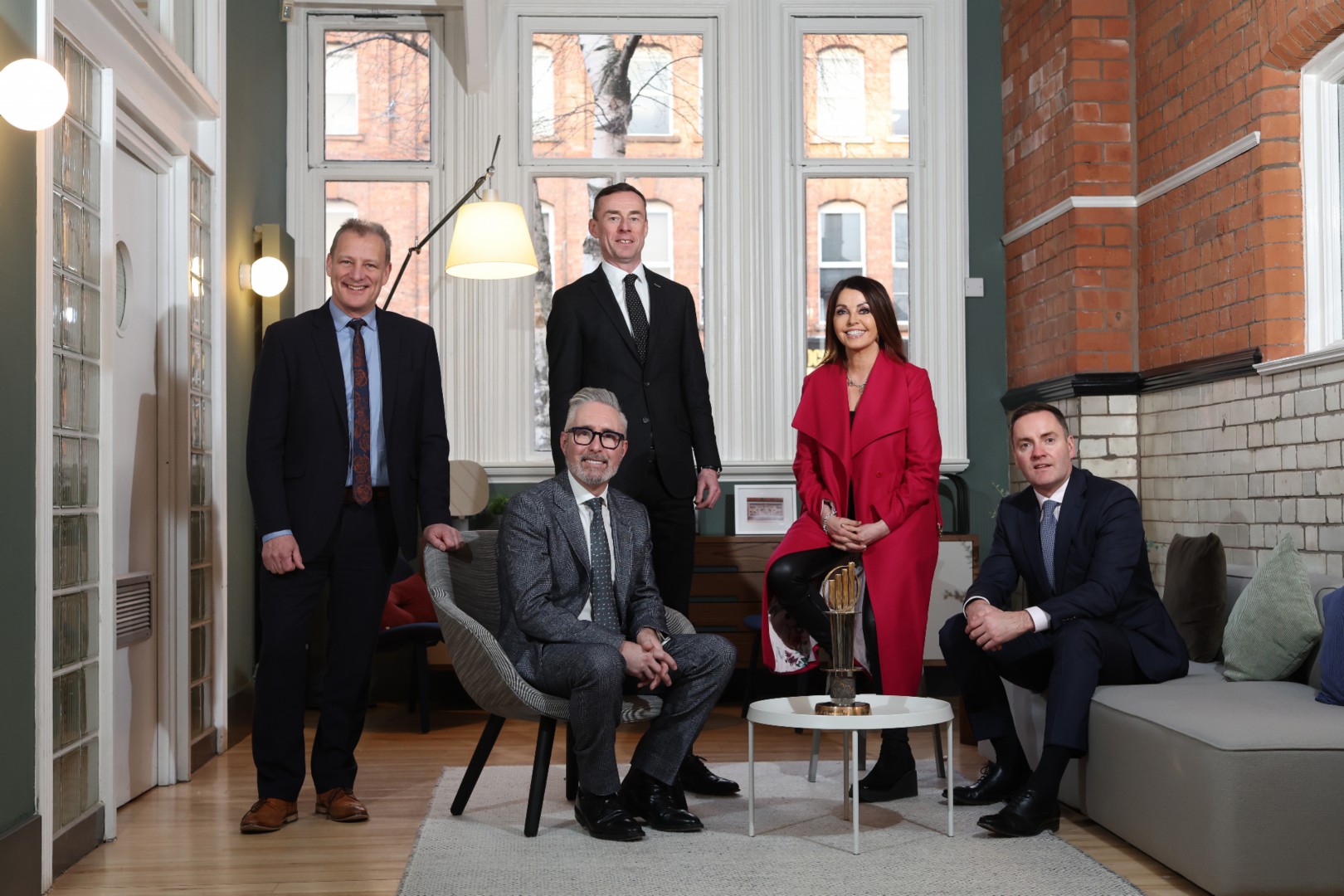 Nominations open for 2023 EY Entrepreneur Of The Year™ programme