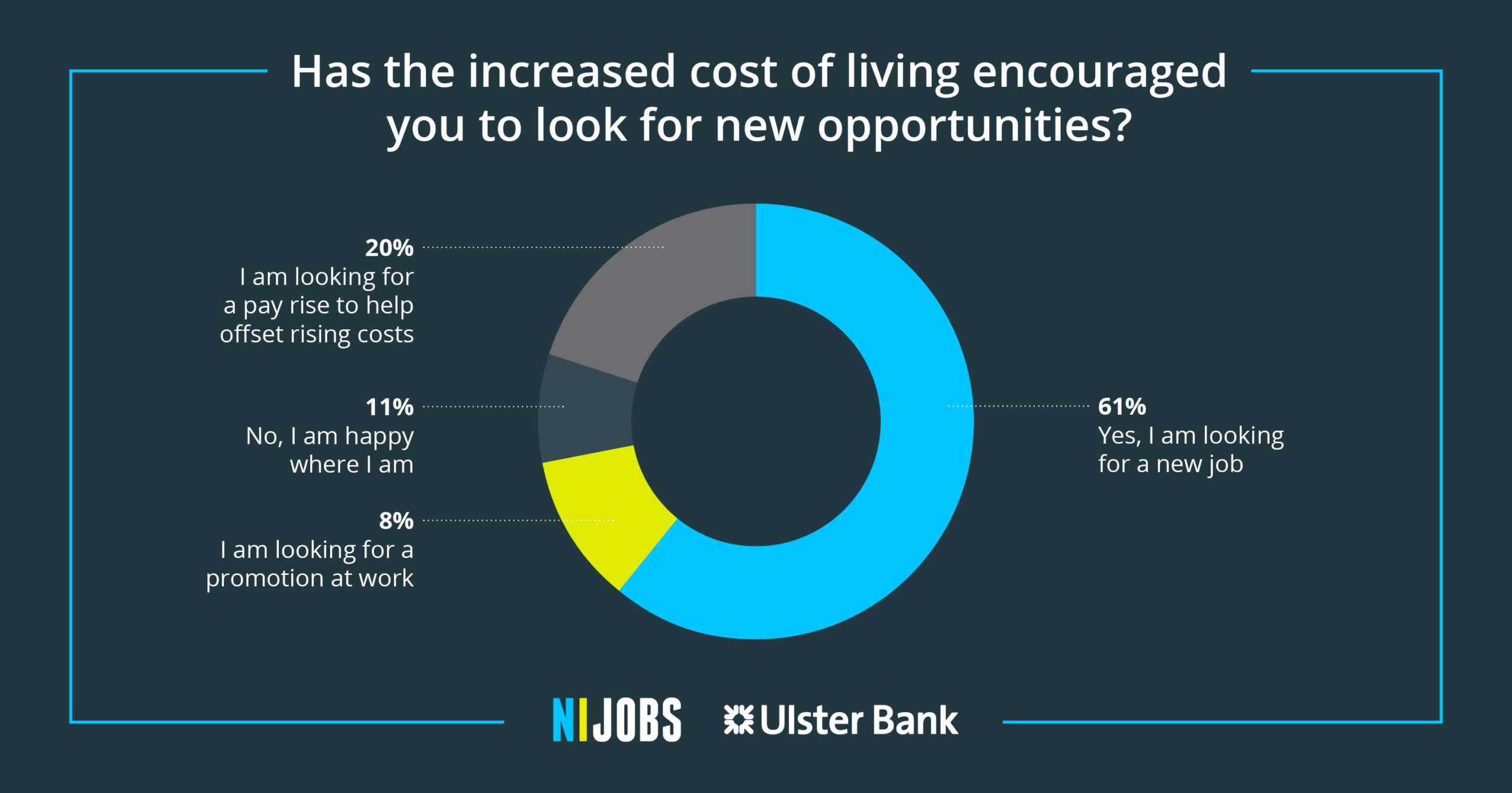 Local Job Market Set for a Year of Transition

Hiring platform NIJobs believes that 2023 will be a year of transition for the local recruitment market as businesses and job seekers continue to navigate through the cost-of-living crisis.

The NIJobs Job Report, in partnership with Ulster Bank, tracks hiring activity in NI by analysing the platform’s job data, giving an indication of trends alongside the prevailing economic environment and the types of roles jobseekers are searching for most online.

Whilst there has been a softening of the local labour market following record highs, the competitive landscape around hiring is likely to continue.

The report is bolstered further by a new survey of 1500 jobseekers that offers insight into motivation and sentiment for 2023 and beyond.

Sam McIlveen, General Manager at NIJobs, says, “Last year ended on a high with a large volume of jobs available across employment categories. Competition for talent was fierce, with businesses having to adapt quickly to the changing nature of the recruitment process and demands of the employee.

“A complete shift in the traditional office environment meant that employers had to offer not only increased flexibility but also above-average salaries and other benefits to attract and retain the right talent.

“Our survey shows that everyone is feeling the impact of the cost of living. Managing bills are now more important than other wish list items they may have considered a year or more ago.

“The cost-of-living crisis is motivating 61% of those surveyed to look for a new job. Salary comes in top of the list, whilst flexibility and hybrid models fall back to third and fourth place.  That being said, once in a role, 58% prefer hybrid working, and 72% say it’s helping them manage costs more effectively.

“With the importance being placed on salary, it’s interesting to note that 70% research salary from the outset, 71% are comfortable negotiating it with a potential employer and 41% will ask about it during a first-round interview.

“Attraction and retention continue to be an important area that employers must consider. Competition for talent will still feature this year, but undoubtedly, the true impact of inflation hikes will have taken its toll. Business operating costs will be a priority and may overtake salary increases and bonuses offered to staff.

“With cost and recession on everyone’s minds, many predict that the balance of power will return firmly to the employer during this downturn in economic activity. Our survey further supports this shift, with 41% believing the power around negotiation on salary/benefits lies with the employer. However, in sectors where highly skilled candidates are much sought after, such as Cybersecurity, Financial Services and Engineering, jobseekers will remain in the driving seat.  “

Ulster Bank’s Chief Economist Richard Ramsey reflects on Q4 data and looks ahead to a year of transition for the local job market.

“Data indicates that the number of advertised vacancies on the hiring platform fell by almost 8% between the third and fourth quarters last year. The number of positions listed in Q4 2022, however, is still close to 90% above the corresponding quarter prior to the pandemic (Q4-2019).

“Twelve of the thirty-nine employment categories recorded an increase in job listings in Q4 2022 relative to the previous quarter.  However, more than double the number of categories recorded a quarterly decline. Job listings within IT, Sales, Logistics and Social Care fell back to their lowest levels since Q1 2021 (7 quarters).

“Health remains the largest employment category with 1 in 12 of all job listings followed by IT (7.8%), Catering (7.4%), Management (6.8%) and Social Care (6.1%).  The number of Health roles advertised, while down on Q4 2021’s peak, is over ten times its pre-pandemic level. Given the challenges facing the National Health Service, filling these roles represents a huge challenge.

“Despite widespread industrial action, the arrival of a recession will see the balance of power slowly return to the employer. The pain of the cost-of-living crisis, higher mortgage rates and the cost-of-doing business crisis will increasingly become apparent in the labour market with job losses and rising unemployment. The unemployment rate is expected to rise above 4% but stay below 5% – which compares to a peak of over 8% after the Global Financial Crisis.

“With inflation set to outpace wage growth for most of the year, poor staff morale and a wave of industrial action looks set to be a given. Many employers will be walking a tightrope of trying to retain staff but remain profitable or maintain service levels.

Staff shortages (and low morale) appear to be most acute within the NHS. According to NIJobs.com, job vacancies in the wider health sector are running at over ten times the level they were at pre-pandemic. This is likely to get worse before it gets better, and we are likely to hear more stories of medical staff emigrating to the likes of Canada, New Zealand and Australia.

“The challenge for many sectors of the economy is getting staff morale back to pre-pandemic levels. That will be a long haul and is easier said than done.  Morale will be the watchword for 2023.” 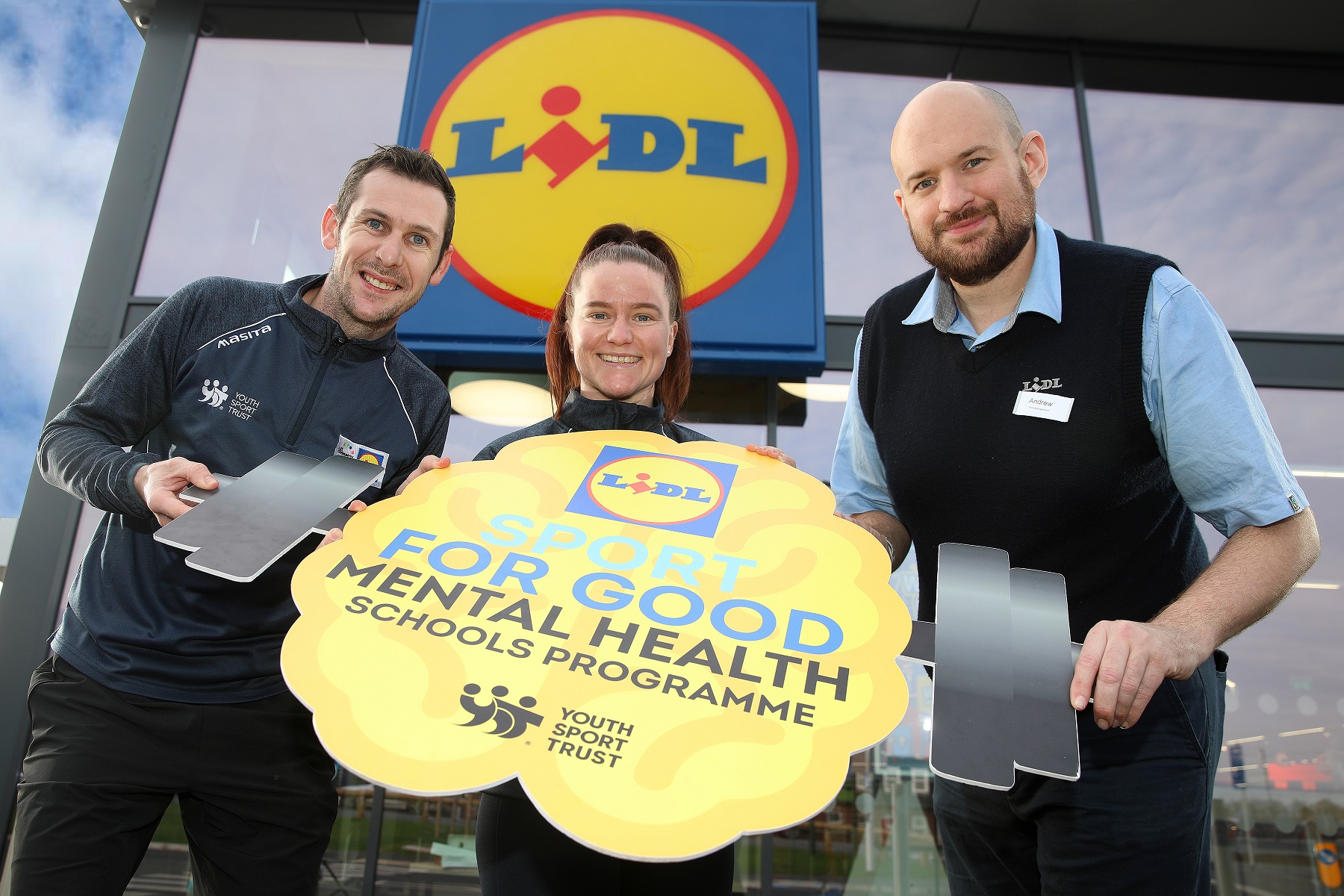