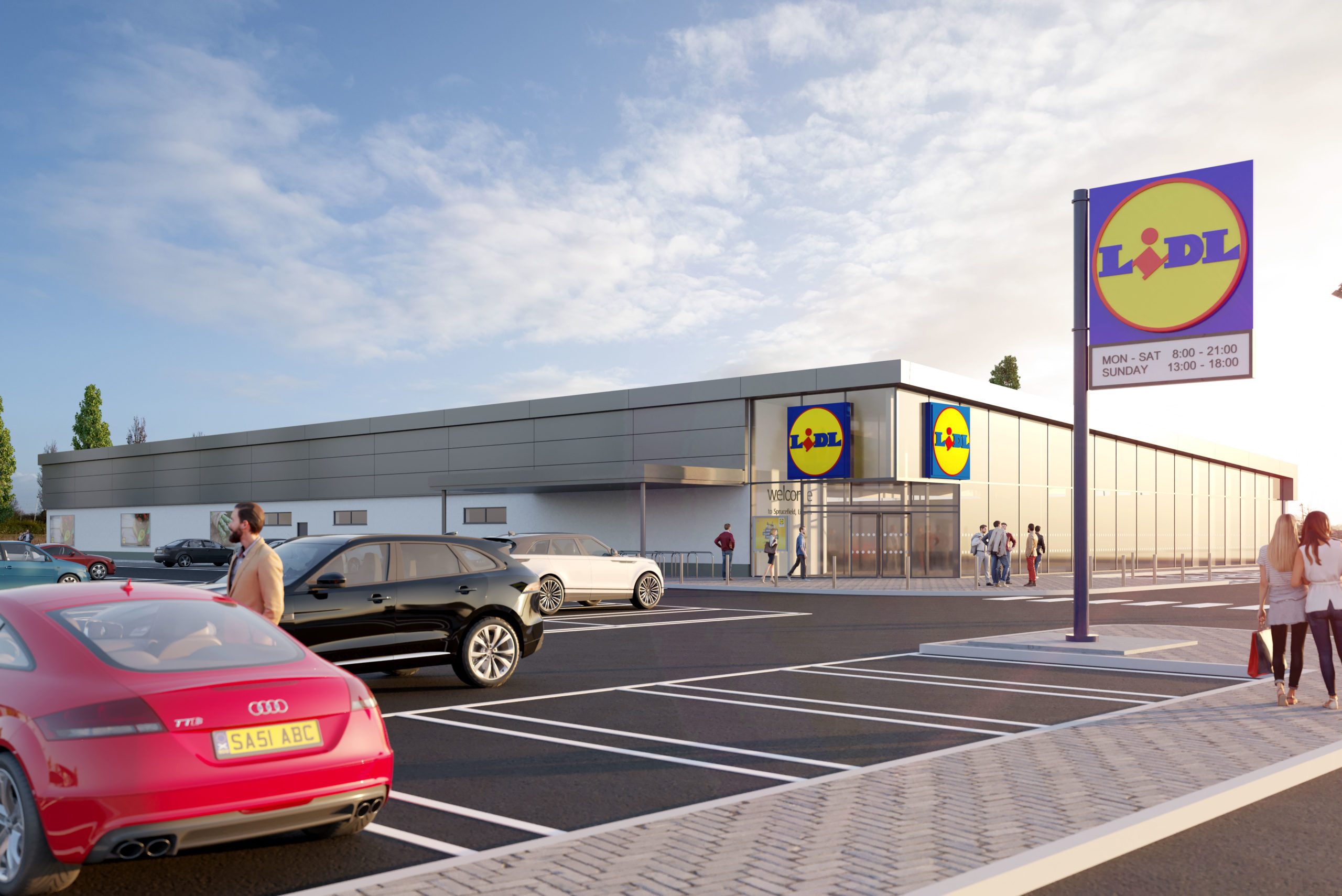 Lidl Northern Ireland has submitted plans to create a new, state-of-the-art concept store at a 27,000 sq ft site at Sprucefield Park in Lisburn, creating 15 new jobs and supporting 25 more as part of its ongoing investment in its growing regional network.

The planning application, lodged with Lisburn City & Castlereagh Borough Council, proposes the creation of a new 2,475 sq metre store, incorporating a 1,640 sq ft retail area in Sprucefield Park, which is conveniently located beside the M1 motorway near Lisburn City with access to the A1 commuter belt and towns including Hillsborough, Dromore and Moira.

A popular shopping complex, Sprucefield Shopping Centre is home to range of major high street retailers including M&S, Next, Boots and McDonalds.

Lidl Northern Ireland said the new store would support 40 jobs and complement the existing retail facilities at Sprucefield by providing additional choice and competition with its ‘Big on Quality, Lidl on Price’ proposition.

The enhanced Sprucefield store will replace an existing store at Moria Road in Lisburn where it already has an outlet at Bentrim Court in the city centre.

Once planning approval is secured, the store will also support 200 extra jobs during the build-out and development phase ahead of its planned opening next year.

Confirmed as Northern Ireland’s fastest-growing supermarket by Kantar, with 12.6 per cent market share growth over the last two years and holding a 7 percent market share of the region’s overall grocery market, Lidl Northern Ireland contributes around £180 million a year to the local economy, sustaining 3,500 jobs while buying and exporting as much as £290 million worth of local goods and products.

“As a local family retailer, we are committed to investing in the region and to consistently delivering on our ‘Big on Quality, Lidl on Price’ promise for customers across Northern Ireland. Our investment in a new store in Lisburn further cements this commitment.

“We’re actively engaged in an ambitious long-term plan to grow our store network across the region by the end of the decade and to revitalise our existing store network, bringing some of our older stores in line with our modern new concept format and optimising sustainability at each location in line with our commitment to become carbon neutral by 2025.”

“Popular, vibrant and providing easy access for local shoppers, commuters and visitors alike, Sprucefield Park is strategically attractive. The improved interior layout and larger space in this new store will provide customers with an enhanced product range to shop and enjoy, set within a modern and sustainable store setting.

“We are pleased with the initial positive response we have had in support of our application and we look forward to working with Council to take the plans forward.”

A community consultation is planned to take place at Premier Inn in Lisburn in November.

The announcement is the latest move by Lidl Northern Ireland to invest in the region and grow its presence locally.

Last year, the retailer confirmed an investment of more than £26 million into the Northwest region, with two new stores tipped for development at Strabane Shopping Centre in County Tyrone and Crescent Link shopping centre in Derry-Londonderry.

In 2020, Lidl Northern Ireland confirmed a £32 million investment into developing five stores within the Greater Belfast region, with brand new stores opened at Holywood Exchange in 2020, at Hillview Retail Park on Crumlin Road last year and at Castlereagh Road and Shore Road earlier this year. Plans are also in place for Lidl’s first store in south Belfast at Boucher Road.

Recognised for the second year running as a Top Employer for 2022 by the Top Employers’ Institute, Lidl Northern Ireland employs more than 1,300 staff across its 41-strong store network and Regional Distribution Centre in Nutt’s Corner, Co. Antrim.

Lidl Northern Ireland was awarded Retail Company of the Year at the Business Eye Awards 2021 and named “Sustainability Team of the Year” at the 2022 Green Awards. 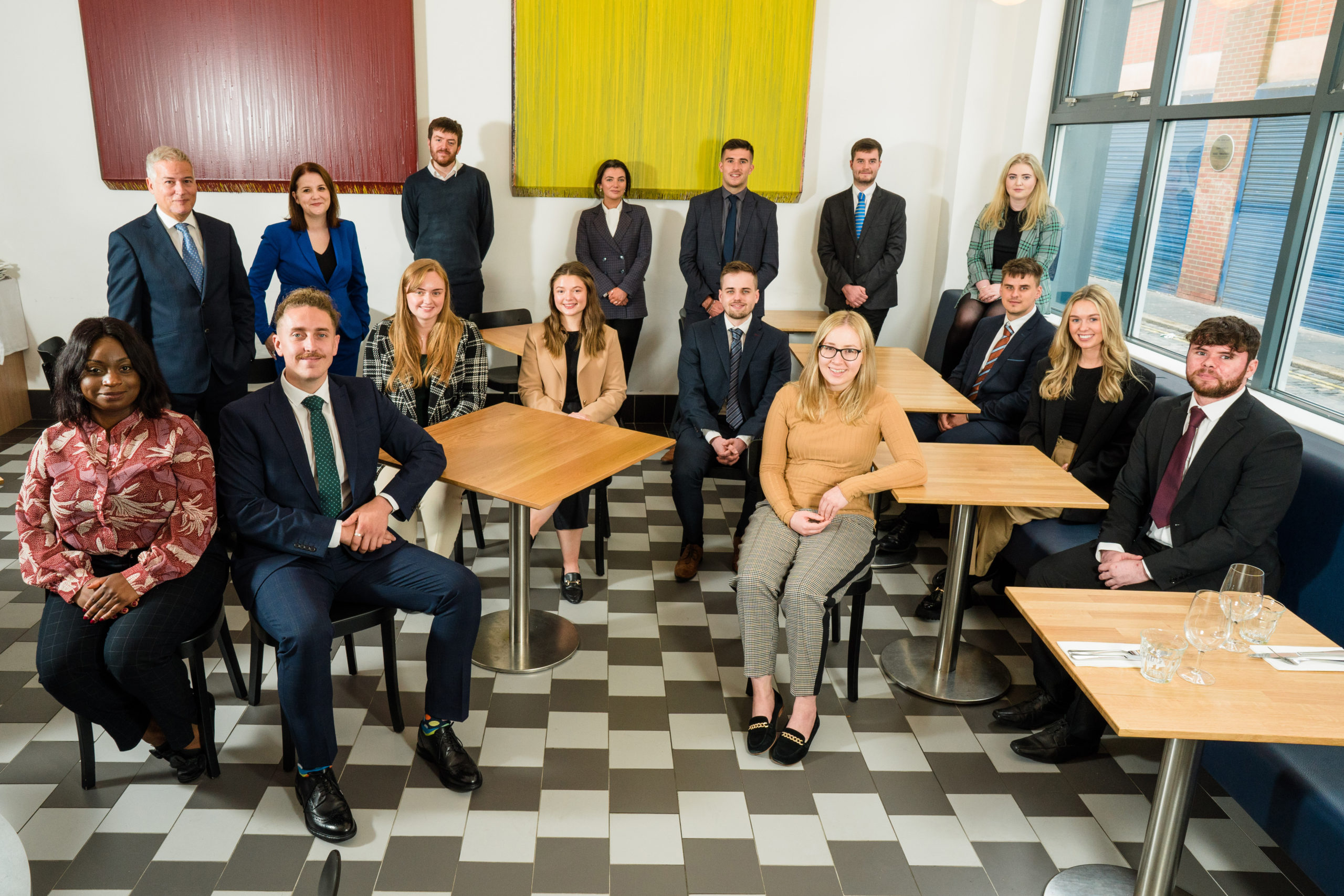