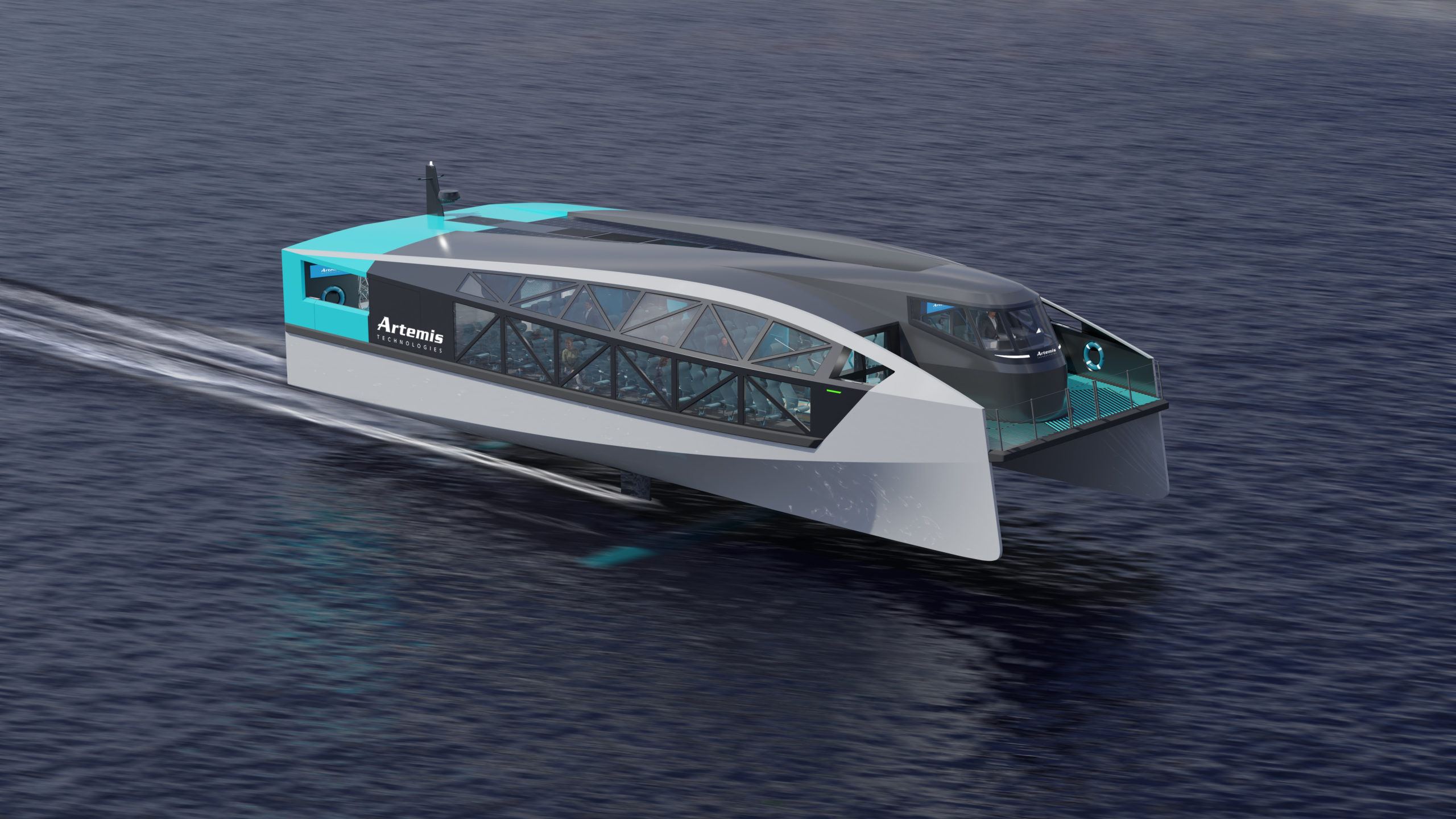 The green maritime leader has revealed the design of the new vessel, that will first be operated by Condor Ferries in a Belfast to Bangor pilot scheme, carrying up to 150 passengers along Belfast Lough in just 25 minutes.

Developed by the Artemis Technologies-led Belfast Maritime Consortium, the launch of the 24-metre vessel to the global ferry market signals the latest stage in the £60 million programme to decarbonise maritime.

“The zero-emission ferry that will be seen departing Belfast in 2024, aptly named ‘Zero’, will be the first we build at our manufacturing hub in the city, but it is only the start.

“Many water-based cities around the world are grappling with the challenge of growing populations, congestion, and pollution.

“The EF-24 Passenger can provide an immediate green transport solution that competes economically with road and rail in places like San Francisco, New York, Venice, Istanbul, Dubai and Singapore – anywhere around the globe that is seeking sustainable transport alternatives that balance the requirement for people to continue to move around with the need to reduce carbon emissions.”

“Especially where new infrastructure is required like a new road or rail line, this ferry will not only be the cheapest, but also the fastest and least disruptive way to decarbonise transport networks in water-based cities”.

“My congratulations to Artemis Technologies and Belfast Maritime Consortium on unveiling the plans for this exciting zero emissions vessel.

“I recently visited Artemis’ headquarters. I am delighted that they are seizing the many opportunities that the development of green transport presents, and which the UK Government is committed to supporting through our Net Zero Strategy.

“The development of such world-leading technology will ensure that Belfast remains at the forefront of maritime innovation, while providing a boost to the local green economy.”

Building on the launch of the company’s 100% electric foiling workboat earlier this year, the ferry will be powered by the patented Artemis eFoiler® electric propulsion system enabling it to fly above the water, reducing fuel costs by up to 85% compared with conventional high-speed diesel ferries.

By foiling over the waves at up to 38 knots, the ferry will produce minimal wake, allowing it to operate at high-speed close-to-shore or within busy waterways, significantly reducing journey time on traditionally speed-restricted routes and minimising disruption to shorelines.

The benefits of a foiling vessel also stretch to those onboard, with passengers and crew enjoying a far more comfortable ride, mitigating the effects of sea sickness often associated with offshore ferry routes.

The foiling ferry will be incredibly spacious and fully accessible with a range of facilities on board including bike racks, cabin bag and overhead storage, baby changing facilities, and charging points, offering a pathway to greener maritime transport systems around the world.

The vessels will also feature a unique high-speed collision avoidance system developed with ECIT, part of Queen’s University Belfast. The system will ensure the safety of operations in port and close to shore by safely diverting the ferry on an altered path away from sea life, wildlife, debris and other in-water objects that might otherwise be obscured from view.

John Napton, CEO of Condor Ferries, who will operate the first ferry on the Belfast to Bangor route, said:

“It is incredibly exciting to unveil the designs for ‘Zero’, the next generation in ferry transport.

“The addition of a Northern Ireland service expands our network while the service aligns perfectly with our sustainability drive.

“We look forward to continuing to develop the vessel alongside Artemis Technologies and the wider Belfast Maritime Consortium over the coming months.”

“As a council, we are constantly looking for ways in which we can act more sustainably and help residents in our borough do likewise.

“The commuter service is therefore a hugely welcome solution that will also address congestion on the A2 connecting Belfast and Bangor.

“The design of the commuter ferry offers an incredible glimpse of a future where this region leads the world in green maritime transport.”

The consortium was awarded £33 million by UKRI’s flagship Strength in Places Fund for the £60m project which will create 125 jobs initially but also assist Artemis Technologies in its ambitions to provide 1,000 new roles in the coming decade.

Artemis Technologies is a spin-off from the Artemis Racing team that competed in the America’s Cup. Condor Ferries operates a number of commercial ferry routes between the Channel Islands, mainland UK and France. 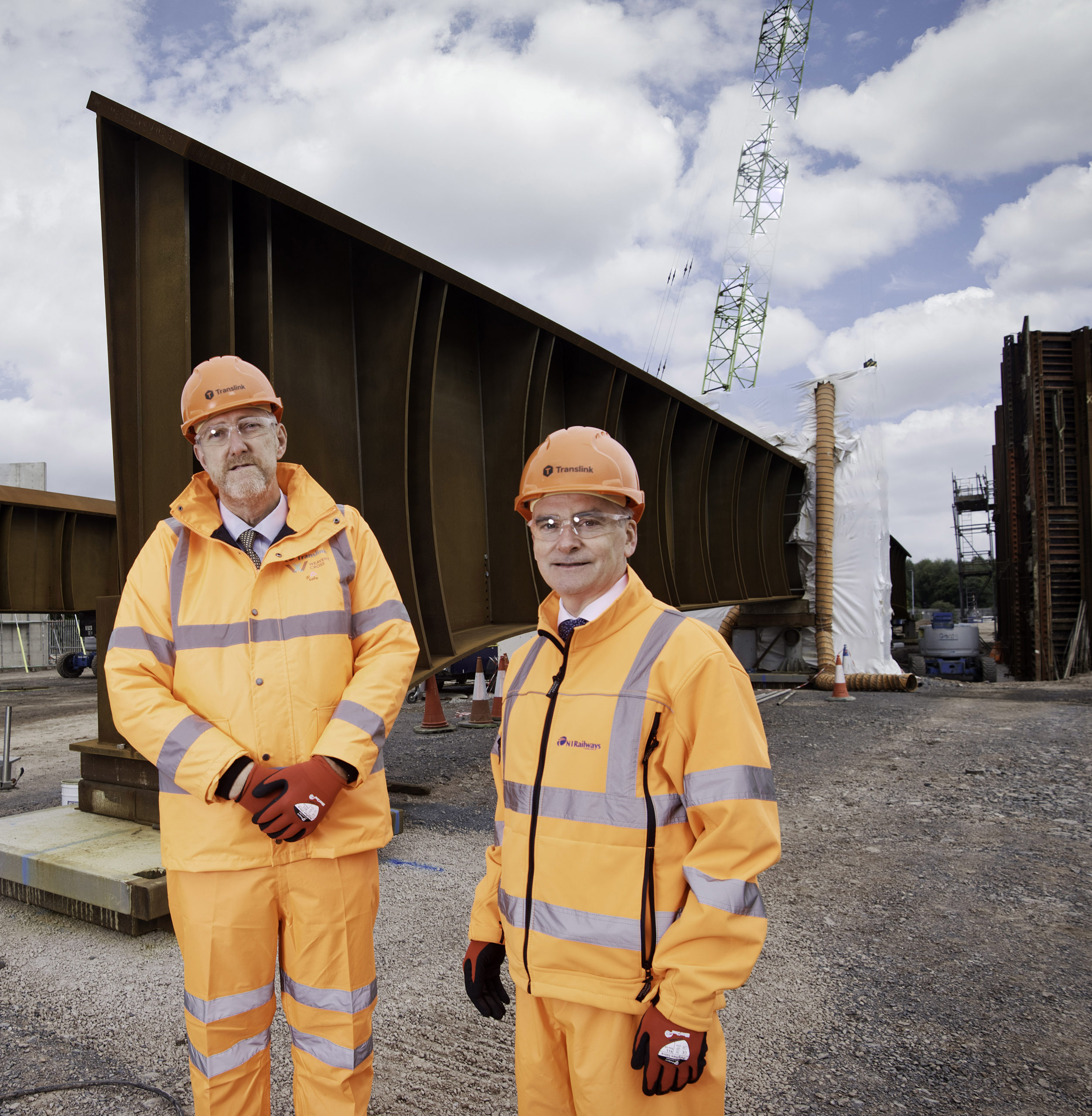