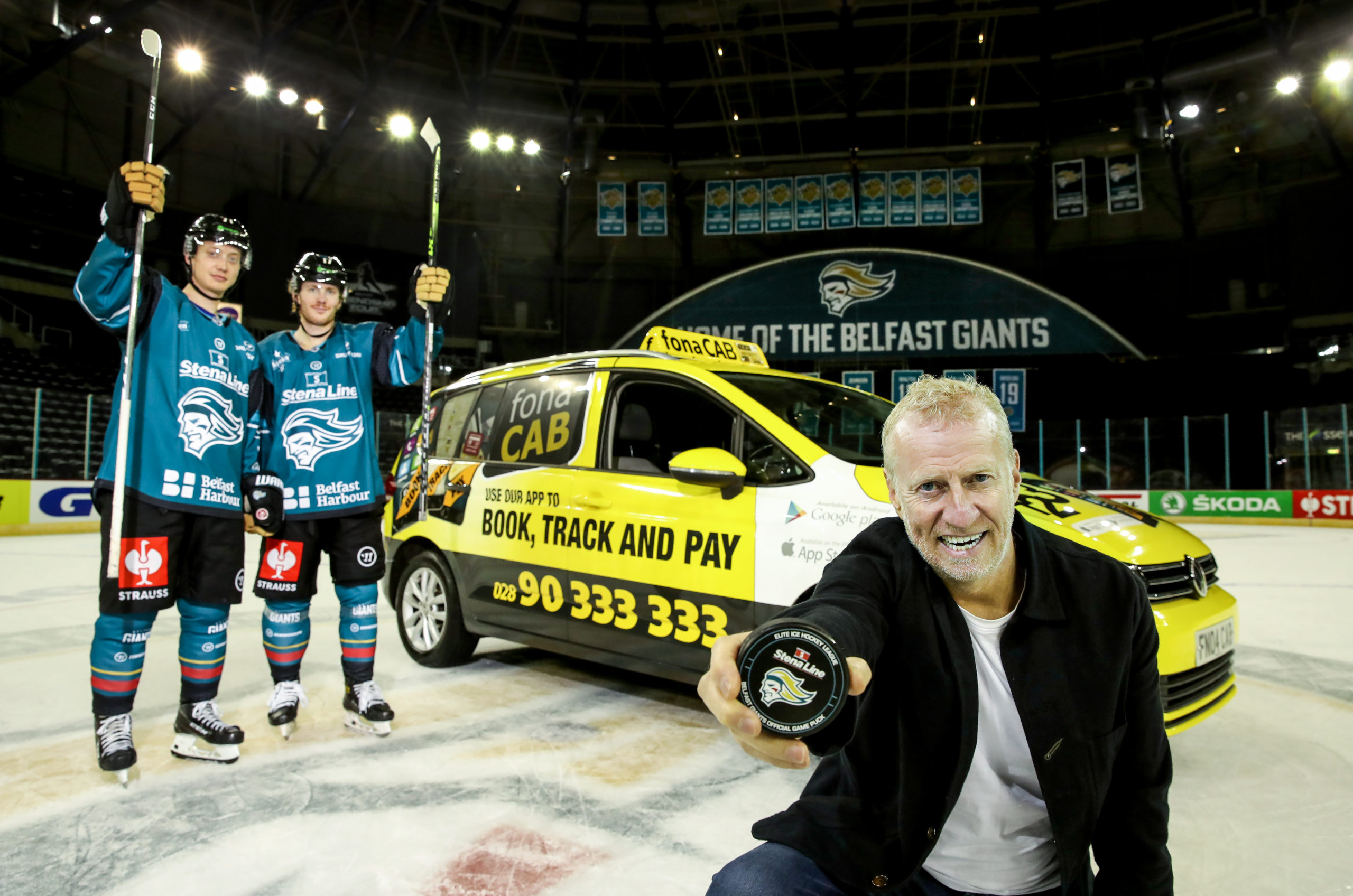 Giants Go The Distance With fonaCAB

The Stena Line Belfast Giants are pleased to welcome back their longest-running partner, fonaCAB, for their 19th season in partnership as team sponsors and official taxi partner.

The Belfast-based taxi firm is Northern Ireland’s biggest and most experienced taxi company, with approximately 1,000 drivers. This year, fonaCAB is celebrating 60 years of service on our roads, originally founded with a fleet of 15 cars in 1962 by Sidney McCausland. A family-run business, Sidney’s son – and current CEO – William McCausland, has grown the business to become the largest taxi company on the island of Ireland and the fifth largest in the United Kingdom.

As huge supporters of the local sporting scene, the fonaCAB brand is associated with international and Premier League football, county GAA, international motorbike racing, and dozens of smaller teams, individuals, and competitions, with the Belfast Giants partnership one of their most valued.

Year after year, the Giants rely on fonaCAB to shuttle players to and from airports, and across the country – their first interactions with their new home are often with fonaCAB drivers, who leave a welcoming and warm impression on behalf of the local community. They extend this affordable, and more importantly, safe, transportation to all of their customers.

Steve Thornton, head of commercial for the Belfast Giants, commented on the partnership: “There are so many things that we as an organisation love about fonaCAB – from their support of local sports to their work in the community, but one thing that stands out for us is their reliability.

“The Belfast Giants rely on fonaCAB to be one of the first friendly faces our players see when they land in for the season. We always get great feedback from players on their experience, and the fact that they’re passionate about sport is the cherry on top.”

Along with supporting the Giants, fonaCAB are valued partners for various sporting, community, and charitable endeavours across Northern Ireland. One of their core values as a company is “Working Together” and have spent decades developing lasting relationships with both customers and their communities.

Stephen Anton, Communication Manager at fonaCAB said: “Another fantastic year gone by with the Giants, with another one sure to come. FonaCAB is proud to sponsor the Belfast Giants and we love taking their amazing fans to and from the home games.”

“We’ve had a wonderful partnership with the team for many years and it just keeps getting better and better. We’ll be cheering you on this season again and look forward to seeing the players and fans in a fonaCAB whenever you need us.”

Travel near and far like a GIANT with fonaCAB. You can book by calling 02890 333 333, or you can download the fonaCAB app from their website at www.fonacab.com