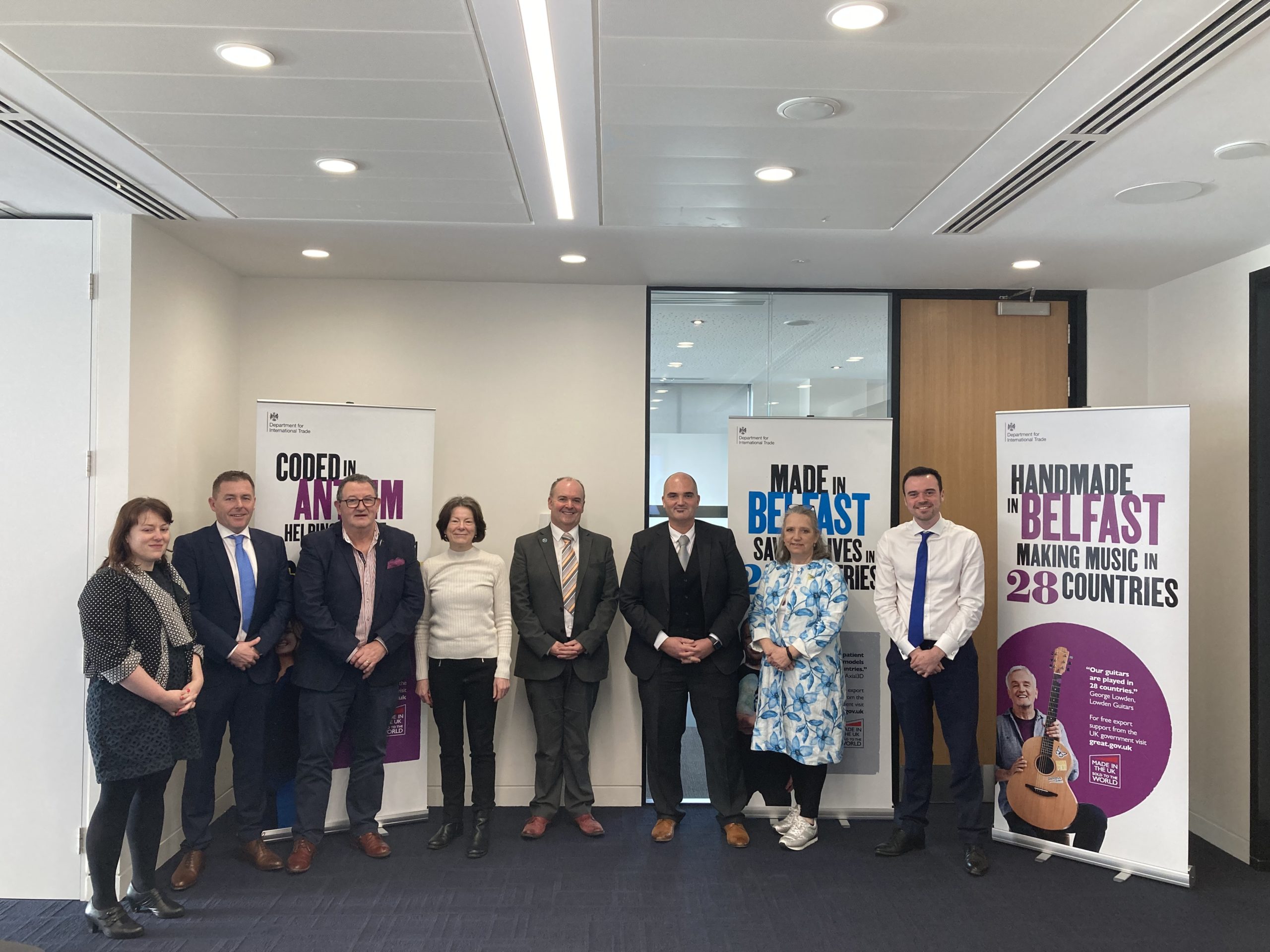 The Department for International Trade (DIT) has announced eight leading business figures as the first Export Champions for Northern Ireland.
Between them they represent a variety of key sectors in Northern Ireland’s economy, including food and drink, technology and manufacturing.
Having taken on these voluntary roles, each Champion will now support DIT to promote the benefits of exporting and encourage other companies across Northern Ireland to consider selling to overseas markets.

This will be done through participating in DIT events, sharing their exporting stories and experiences breaking into new markets abroad with those in their sector.

“We want to see a real boost to the number of Northern Ireland businesses that are exporting, and that’s exactly what the Export Champions scheme is designed to do.
“Each of these new Champions has first-hand experience of the benefits of selling internationally, and by sharing their expertise and their story, they can help encourage others to start their exporting journey.
“Between us I’m confident that we can help to ensure that businesses in Northern Ireland are making the most of the opportunities that exist around the globe for them to sell their goods and services.”

The Export Champion community was introduced in response to a desire from businesses to receive peer-to-peer exporting support.
Each Champion has been selected because they have a successful international trade track record, have a good story to tell about how exporting makes a positive difference to a company, and want to share their knowledge and experience with others.
Secretary of State for Northern Ireland Chris Heaton-Harris said:

“Congratulations to Northern Ireland’s first ever Export Champions on their appointments.

“Their international trade expertise and experience, combined with support from DIT, will prove invaluable in encouraging more Northern Ireland companies to access the opportunities which exporting represents, bringing their top quality products to new markets.”

“I am honoured to represent Northern Ireland as an Export Champion for DIT.

“Kiverco currently exports waste separation equipment globally to countries including Saudi Arabia and the UAE and I am looking forward to sharing my insight to help similar businesses explore international markets for themselves.

“I hope that our success in selling to markets across the world and utilising DIT’s support will inspire other Northern Ireland businesses to do the same.”

Roger Johnston is a newly appointed Export Champion and is the CEO of Axial3D, a MedTech company that currently exports to over 30 countries across the globe. They created a platform that automatically converts patients’ 2D imaging into precise 3D images and 3D printed models to aid in pre-surgical planning and to help improve outcomes.
Roger Johnston, CEO of Axial3D said:

“Axial3D is excited to continue working with DIT to encourage Northern Ireland businesses to think about exporting and use DIT’s support services.

“As an Export Champion, I look forward to sharing Axial3D’s experiences selling to over 25 countries globally and hope it inspires similar businesses to begin their own exporting journey.

“The opportunities we have been able to access with DIT’s support have been fantastic and I would strongly encourage any business with a product or service to export to get in touch with DIT and take those first steps towards growing internationally.”

Susie Hamilton-Stubber and Robert McDonald have both been appointed as Export Champions, having founded Burren Balsamics in 2014. Their range of top-quality vinegars are now sold around the world, and they are just about to start exporting to Mexico for the very first time.

“We are delighted to be selected as Export Champions for Northern Ireland. Overseas sales are a key source of revenue for our business and we have invested great time and resource into identifying overseas markets and opportunities.

“Accessing DIT’s support and expertise has been critical for our exporting journey, particularly in linking us up with buyers in key markets. Just this month we attended a DIT event in London and as a result we are now going to export to Mexico for the first time.

“We are thrilled at this opportunity to share our experiences with other businesses in Northern Ireland and hope to inspire others to take their first steps towards exporting too.”

The list of Northern Ireland Export Champions is as follows:

Companies looking for information on DIT support should email DITNorthernIreland@trade.gov.uk. They can also visit great.gov.uk, which has information on live export opportunities and includes general information on exporting and events. 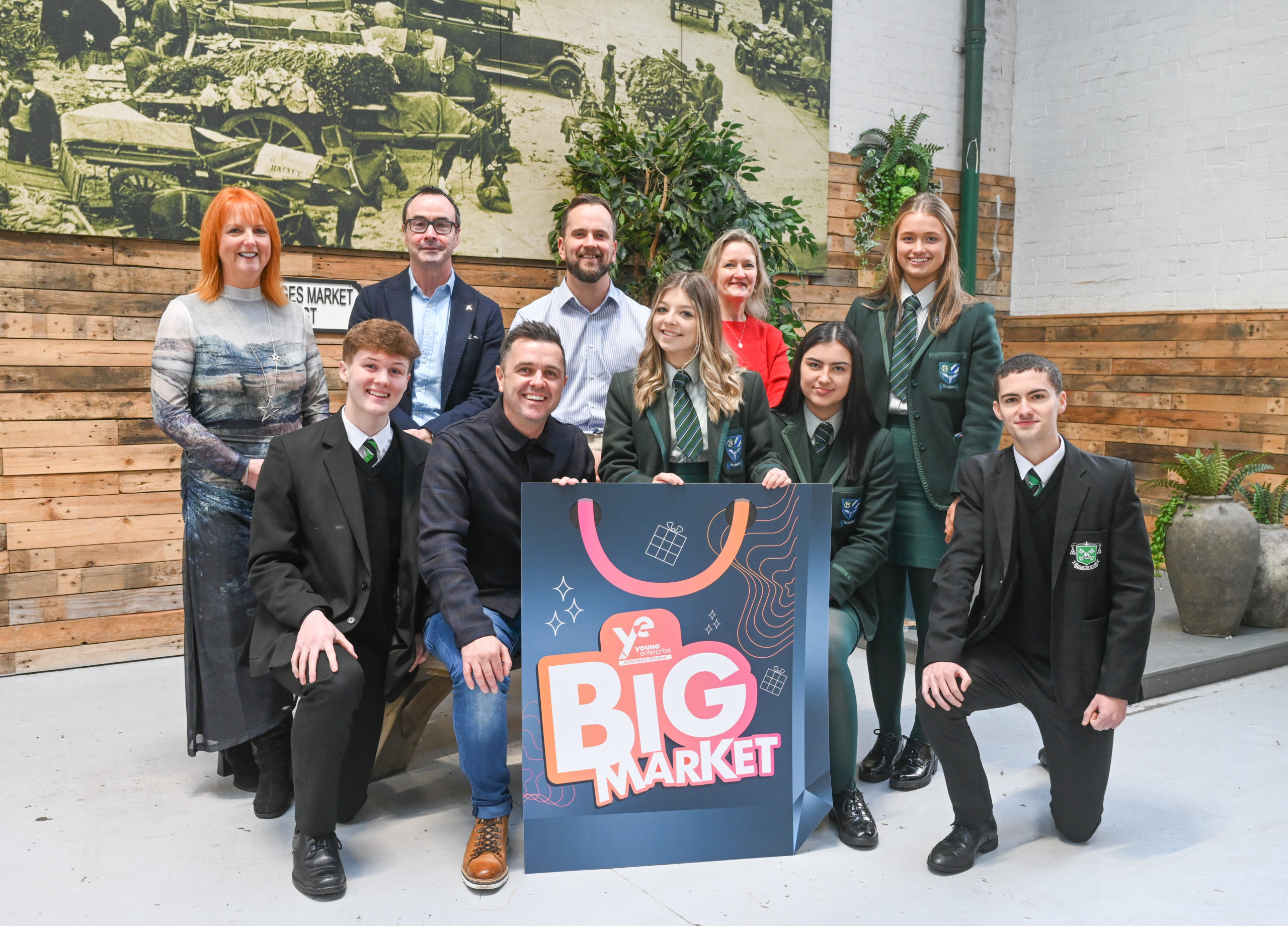