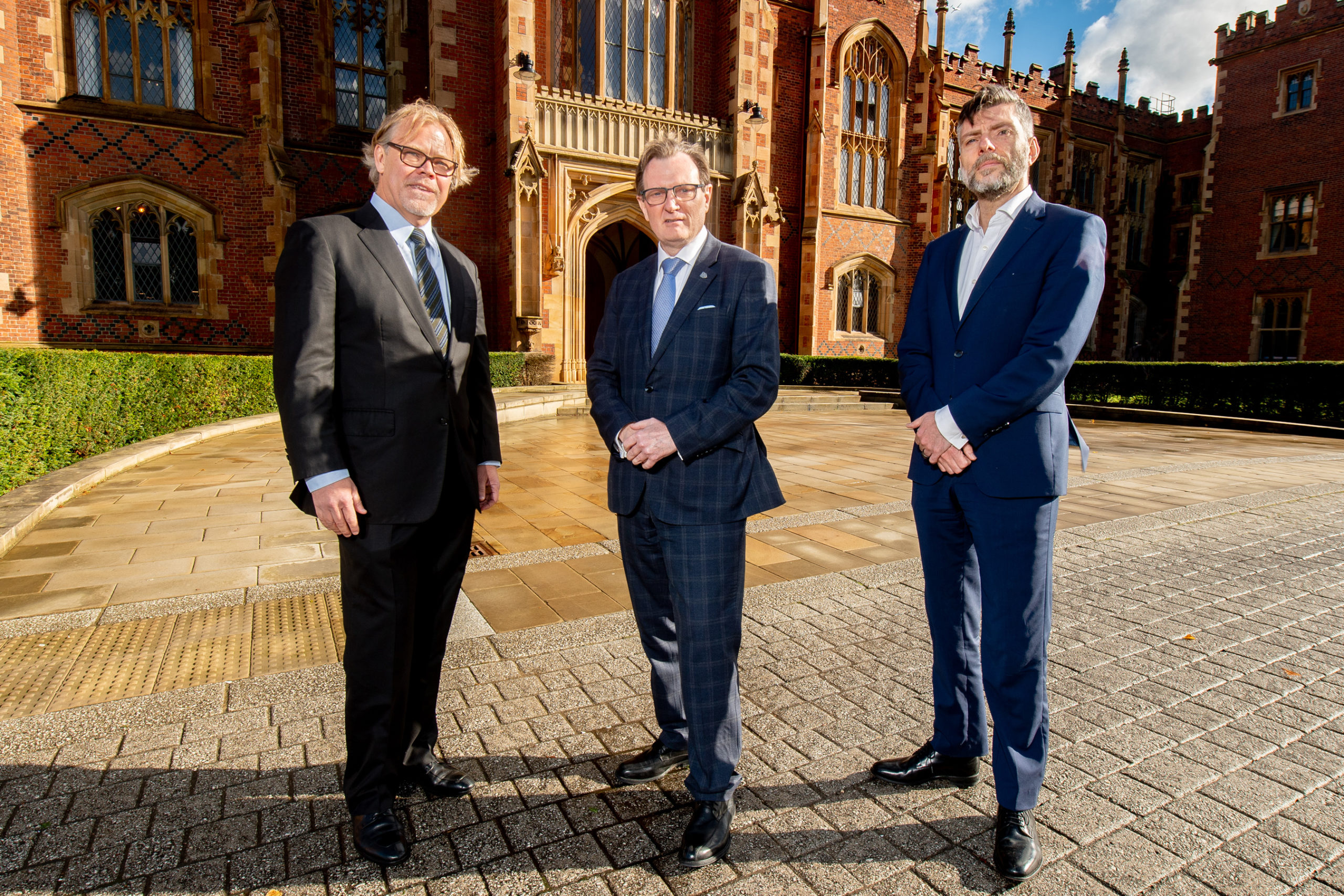 A company based at Queen’s University, Belfast which has developed a potentially life-saving new cancer treatment is to invest almost £8m to take its first anti-cancer drug through a first-in-human, Phase 1a clinical trial and perform further scientific development work.

Its first oncology drug CV6-168, works alongside standard cancer therapies to induce cancer cell DNA damage and cell death while simultaneously activating the immune system to further enhance its anticancer effect. CV6-168 is set to enter a Phase 1a clinical trial in 2023. The Phase 1a trial will focus on safety, measuring how the drug is absorbed by the body, identifying optimal dosing levels and gathering initial indications of anti-cancer activity.

The research team behind the company, which was originally founded in 2013 in Los Angeles, California, moved to Northern Ireland and established the company at Queen’s University in 2015 after receiving an invitation from the late vice-chancellor, Prof Patrick Johnston. CV6 has availed of the start-up friendly biotech ecosystem in NI including support from Queen’s University and R&D grant funding from Invest Northern Ireland.

The company has raised over £5m in financing from a syndicate of investors. The investment round included funding from Invest NI, QUBIS, CoFund NI, managed by Clarendon Fund Managers and Techstart Ventures as well as US-based and local investors. CV6 has also received an R&D grant from Invest Northern Ireland valued over £3m to support the Phase 1a trial. Invest NI’s R&D support is part financed by the European Regional Development Fund under the EU Investment for Growth and Jobs Programme 2014–2020.

Dr Robert Ladner, Founder and CEO of CV6, said: “CV6 has reached this stage as a direct result of the positive and supportive ecosystem that exists here in Northern Ireland for start-up and spin-in / spin-out companies and the direct support we continue to receive from Queen’s University and QUBIS. The ecosystem here enabled us to seamlessly move our team over from California, add highly skilled people to that team and tap into several financial and scientific benefits we would not have been able to access elsewhere.

“It was very attractive for a US-based company to be able to come into an entrepreneurial institution that had already established itself UK-wide as a leader in supporting industry collaborations. The outcome of that supportive ecosystem is a potential new cancer drug planned to enter clinical trials in the UK including the Belfast Health and Social Care Trust through the Belfast Experimental Cancer Medicine Centre, with local patients potentially benefiting from the trial.

“CV6-168 is one of only a handful of new cancer drugs to have been developed from within a university setting anywhere in the UK, and the success of this potentially high impact drug would raise the profile of Belfast in the cancer research and drug development communities. CV6-168 has the potential to significantly improve outcomes for patients in multiple cancer types. Moving into the first-in-human Phase 1a clinical trial is therefore an important milestone for us.”

Queen’s University Vice-Chancellor Professor Ian Greer said: “Thanks to collaboration with key players across the university, health and business sectors, we are delighted that the drug initially developed by CV6 at Queen’s is now entering clinical trials stage, with the potential to improve treatments for a number of cancers.

“It is through integrating the activities of clinicians, life scientists and data scientists with industry partners to identify and develop new diagnostic tests, treatments, and health related technologies, that we are able to make a huge impact to improve cancer treatment and more. This comes at an exciting time when we’ve recently welcomed investment through the Belfast Region City Deal to launch to deliver, in partnership with Belfast Trust, the Institute for Research Excellence in Advanced Clinical Healthcare (iREACH), which will further enhance our ability to facilitate world-class clinical research to deliver better treatments to improve people’s health.”

Brian McCaul, CEO of QUBIS said: “The CV6 Therapeutics team has over 25 years’ experience and is using its expertise and experience to develop innovative treatments that will make a real difference in the lives of patients and their families, and QUBIS is delighted to have played a part in supporting its progress.

“The funding CV6 has been able to attract from investors and partners both in Northern Ireland and internationally is a huge endorsement of its potential but also for the local biotech and life sciences sector. There are many locations around Europe who are keen to build a biotech cluster, so the increased visibility of companies like CV6 is essential to keeping Belfast on the radar of investors in the sector.”

QUBIS is the commercialisation arm of Queen’s University, Belfast, which has been ranked the most Entrepreneurial University by Octopus Ventures in both 2019 and in 2020. This ranking is based on the strong track–record that QUBIS has in creating new technology start-ups and helping commercialise leading-edge technology from the Queen’s research base. QUBIS is also the most active fully private seed investor in Northern Ireland.

CV6 is based at the Patrick G. Johnston Centre for Cancer Research which is at the cutting edge of cancer research.  To be able to turn that research into real clinical benefit for cancer patients whilst also creating high-tech employment in Belfast and building a life science and therapeutic cluster in Northern Ireland is our goal.  CV6 is proof of that capability and bodes well for further investment in this NI sector. 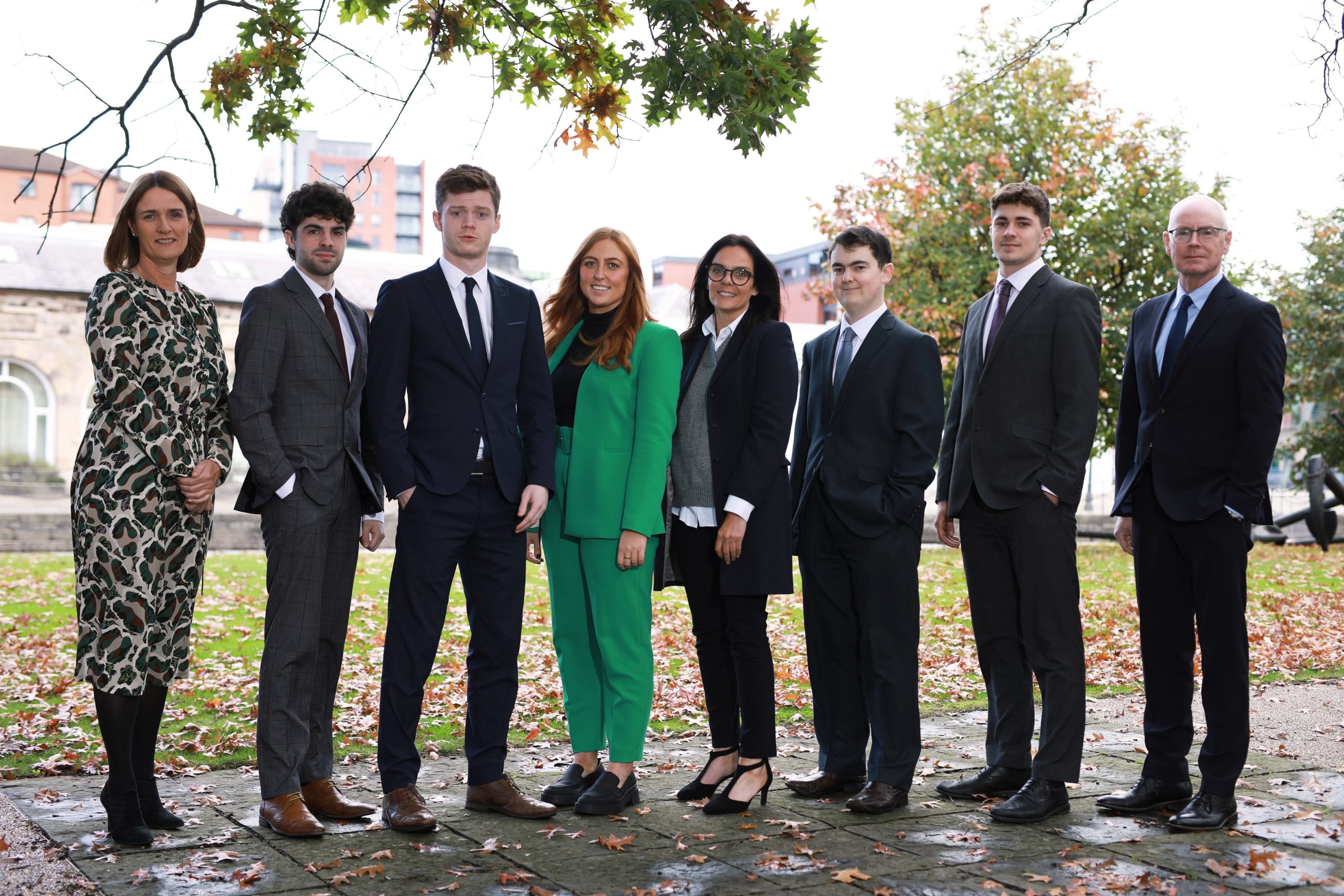