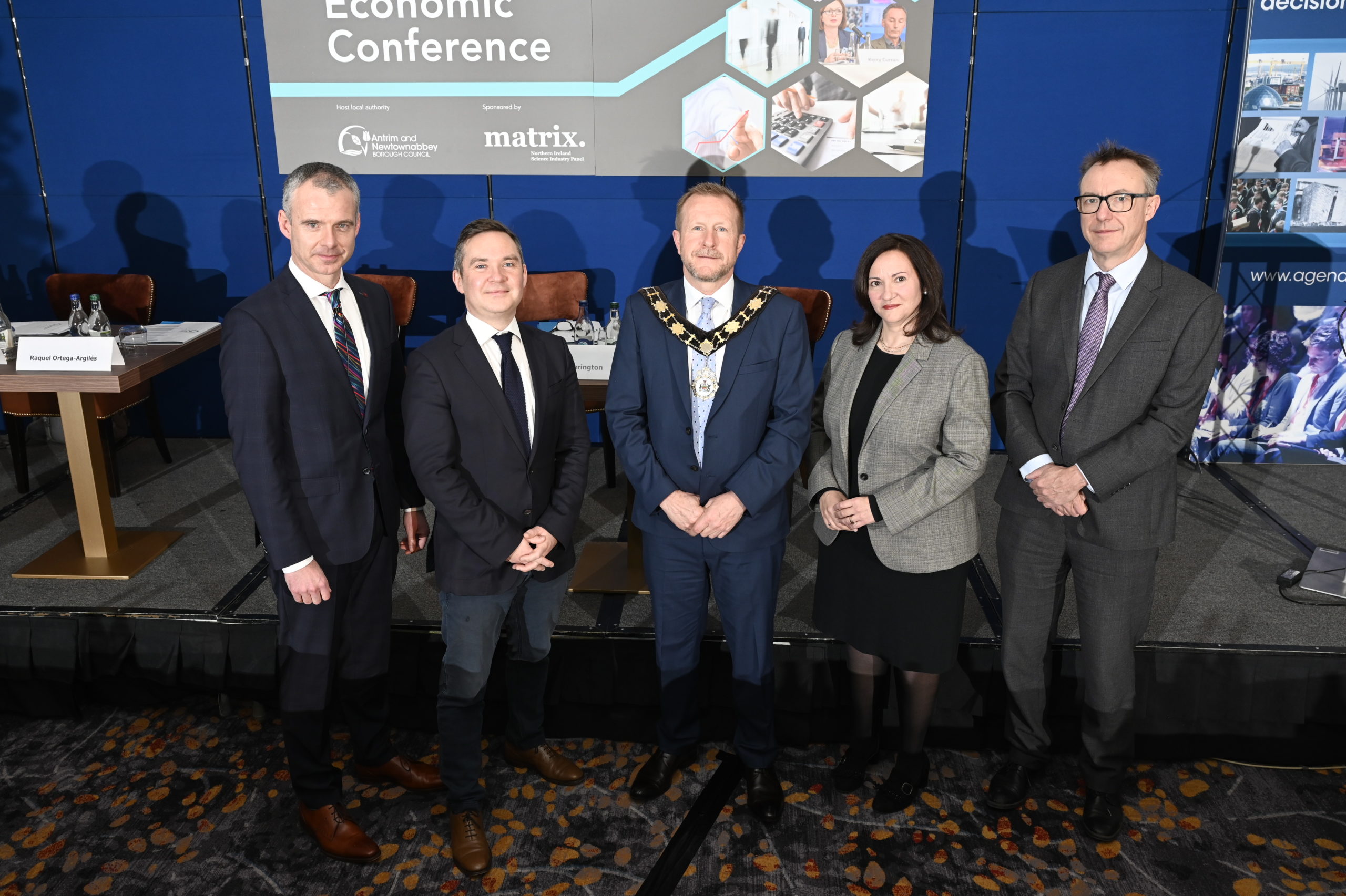 The Council was delighted to host the annual Northern Ireland Economic Conference at the Hilton Hotel Templepatrick on November 30.

The conference, now in its 27th year, was organised by agendaNi and supported by Matrix, the Northern Ireland science industry panel. It provided a forum for business leaders and economic policymakers to take a day out to examine the performance of, and prospects for the local economy.

Mayor of Antrim and Newtownabbey Alderman Stephen Ross welcomed an array of expert speakers from all sectors to the summit, which was chaired by John Campbell, BBC NI Economics and Business Editor.

Commenting on the event, the Mayor said: “During this time of unprecedented challenge and uncertainty for our economy, I found this event to be a very insightful and thought-provoking experience.

“The summit provided an invaluable opportunity to hear from experts, academics and business leaders about the state of the economy, the outlook for the next number of months and years and what measures have been and will be taken to support struggling families and businesses.”

Jacqui Dixon, Chief Executive of Antrim and Newtownabbey Borough Council gave an impactful presentation on ‘A new era of economic development’, sharing how the Council was well on track with its ambitious plans for achieving £1bn of investment and the creation of 2500 jobs by 2025. 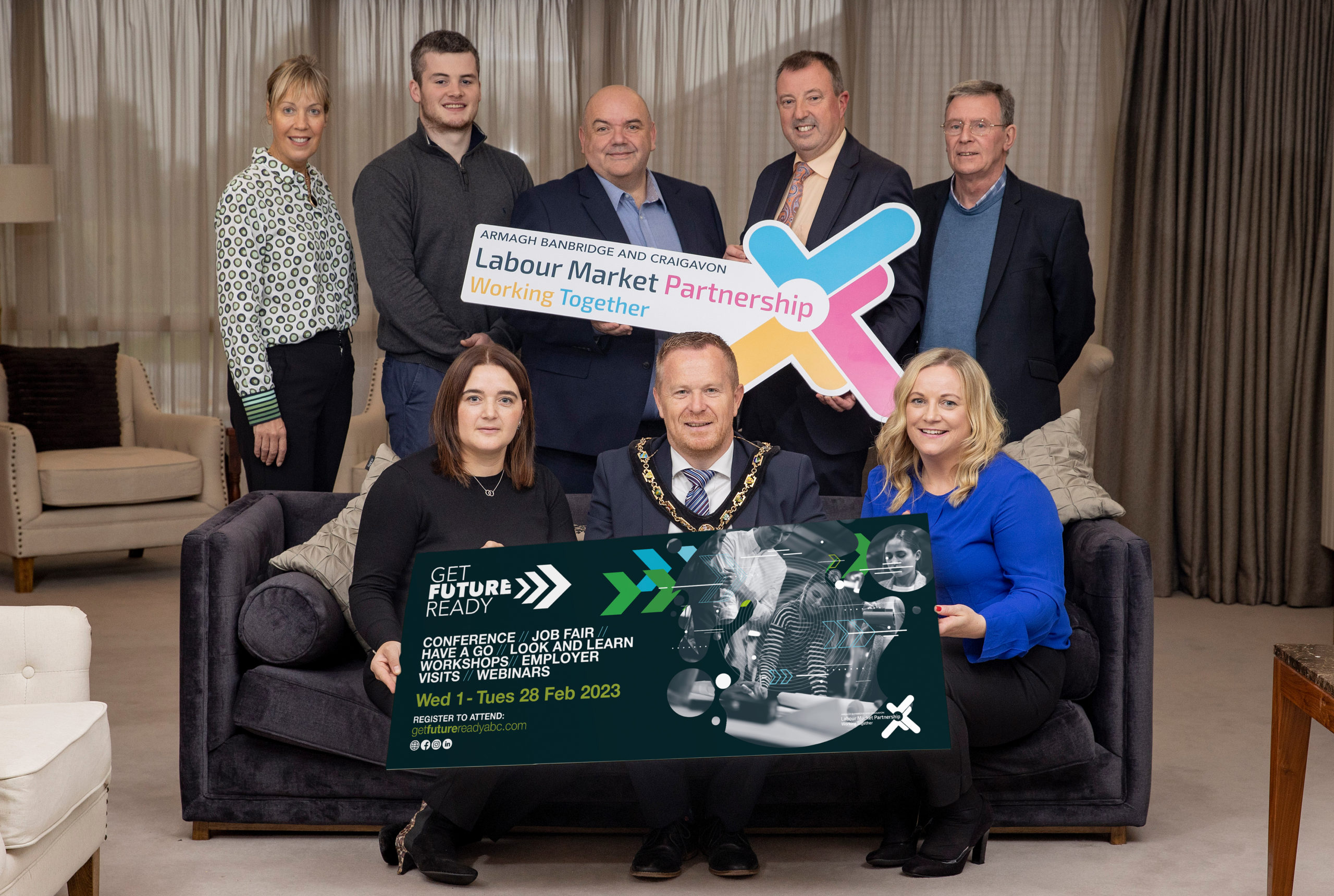