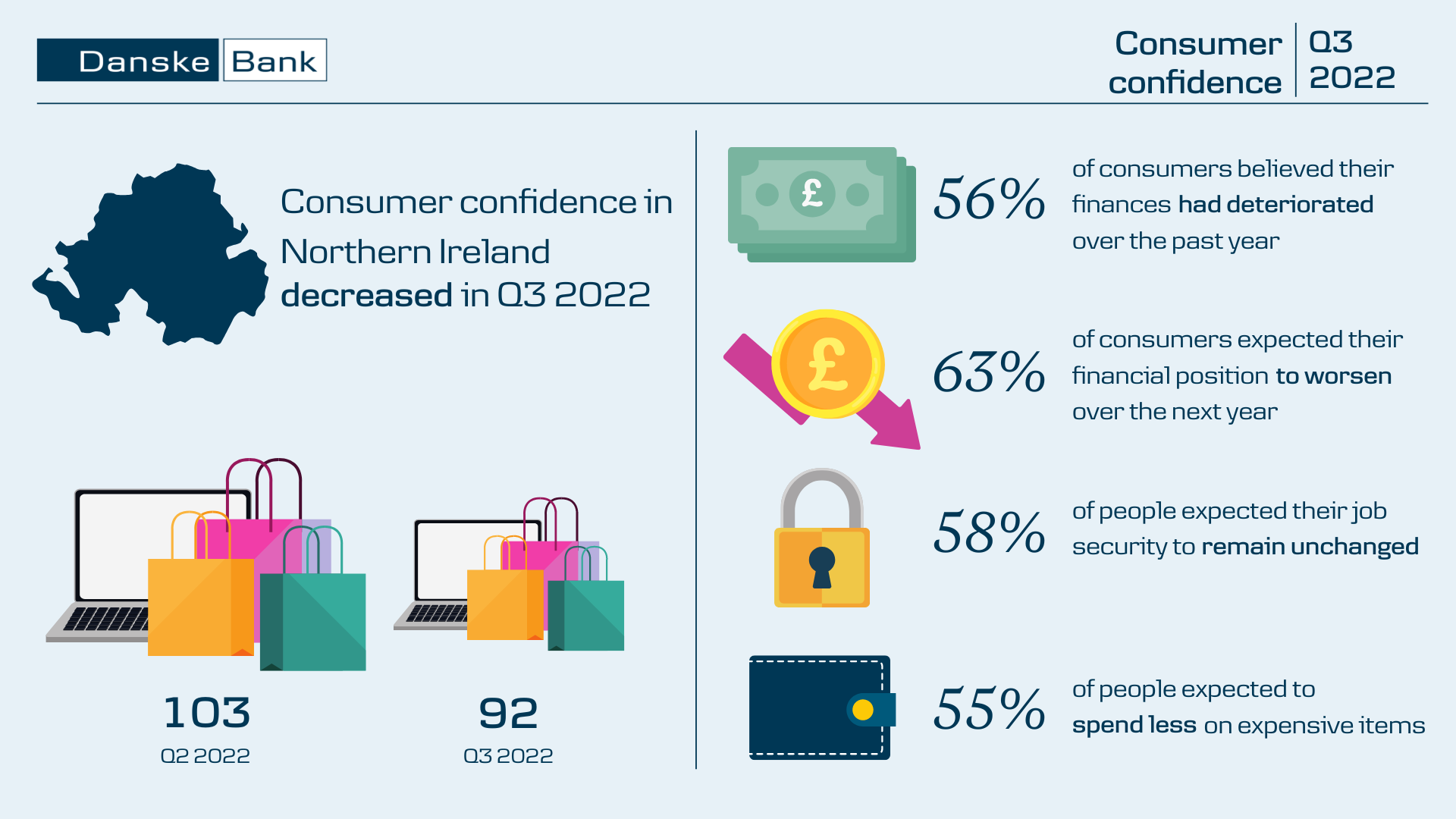 Consumer confidence in Northern Ireland fell again in the third quarter of 2022 as higher prices continued to squeeze household finances, according to new analysis from Danske Bank.

When asked about factors that had the largest negative impact on confidence levels, 47 percent of respondents attributed it to the impact of higher prices on their household finances, 13 percent pointed to global risks, including the war in Ukraine, and 11 percent highlighted the post-Brexit trading arrangements in Northern Ireland.

For 35 percent of those surveyed, society’s adjustment to living with Covid-19 had the largest positive impact on their confidence levels, with 23 percent unsure of what was making them feel more positive and 14 percent of respondents stating the overall performance of the local economy boosted confidence.

In the latest survey, 18 percent of people felt their financial position had improved over the past 12 months, but 56 percent believed their finances were in a worse position.

When asked about their future finances, 15 percent of respondents expected their financial position to improve over the next year, however 63 percent thought their finances would worsen.

“Inflation in the UK is at a multi-decade high and is exerting a significant squeeze on consumer spending power. In September, the month our survey was completed, the annual inflation rate in the UK was 10.1 percent and it increased to 11.1 percent in October, more than five times its 2 percent target rate.

“Beneath the headline figures, price pressures are evident across a wide range of goods and services including household energy, motor fuels and food. Looking forward, demand in the economy is projected to be weaker in 2023 and the rate of inflation is expected to decline gradually. However, the rate of price rises is still expected to exceed the 2 percent target when averaged over the year, with annual consumer spending being squeezed as a result.” 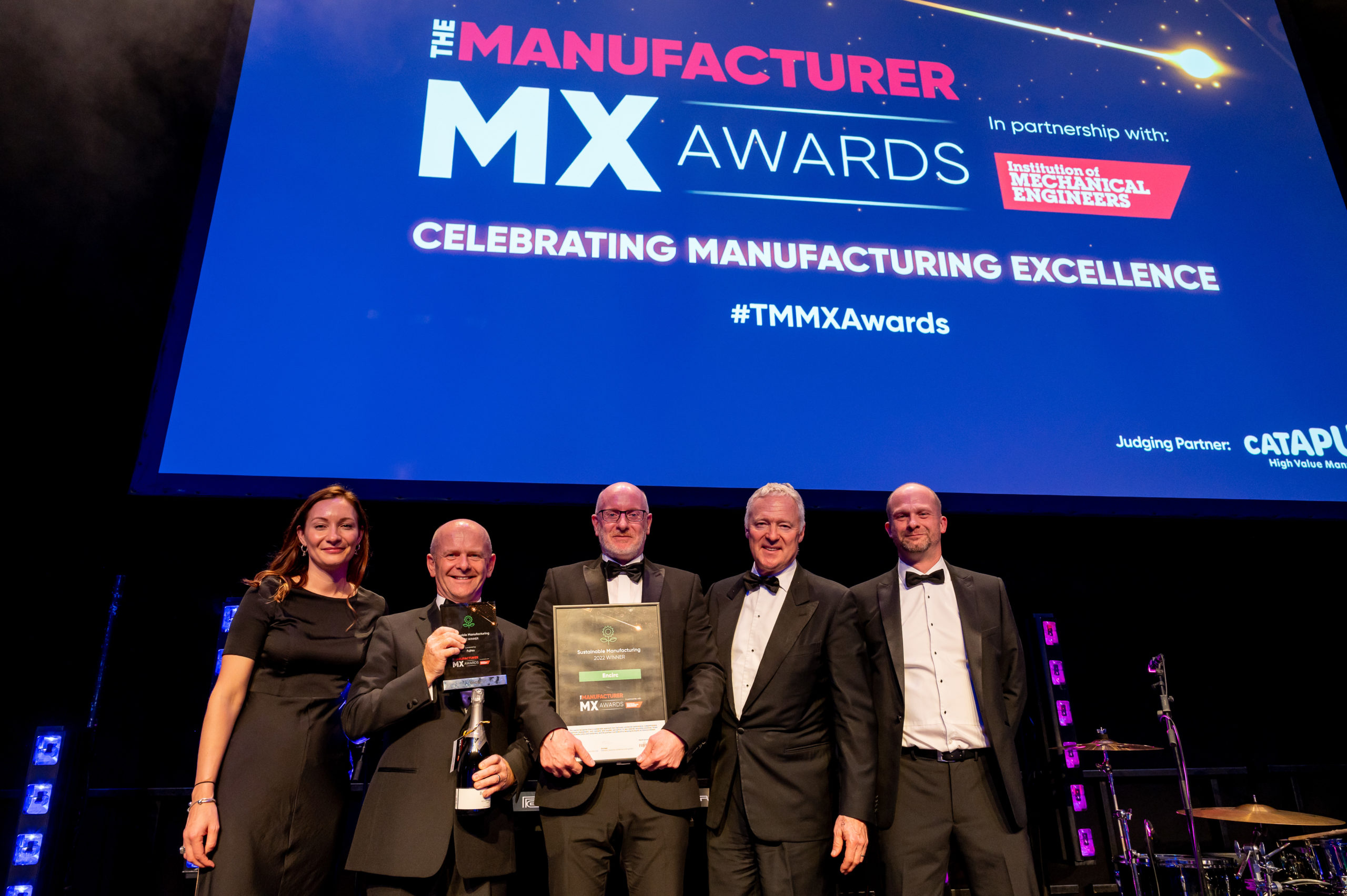