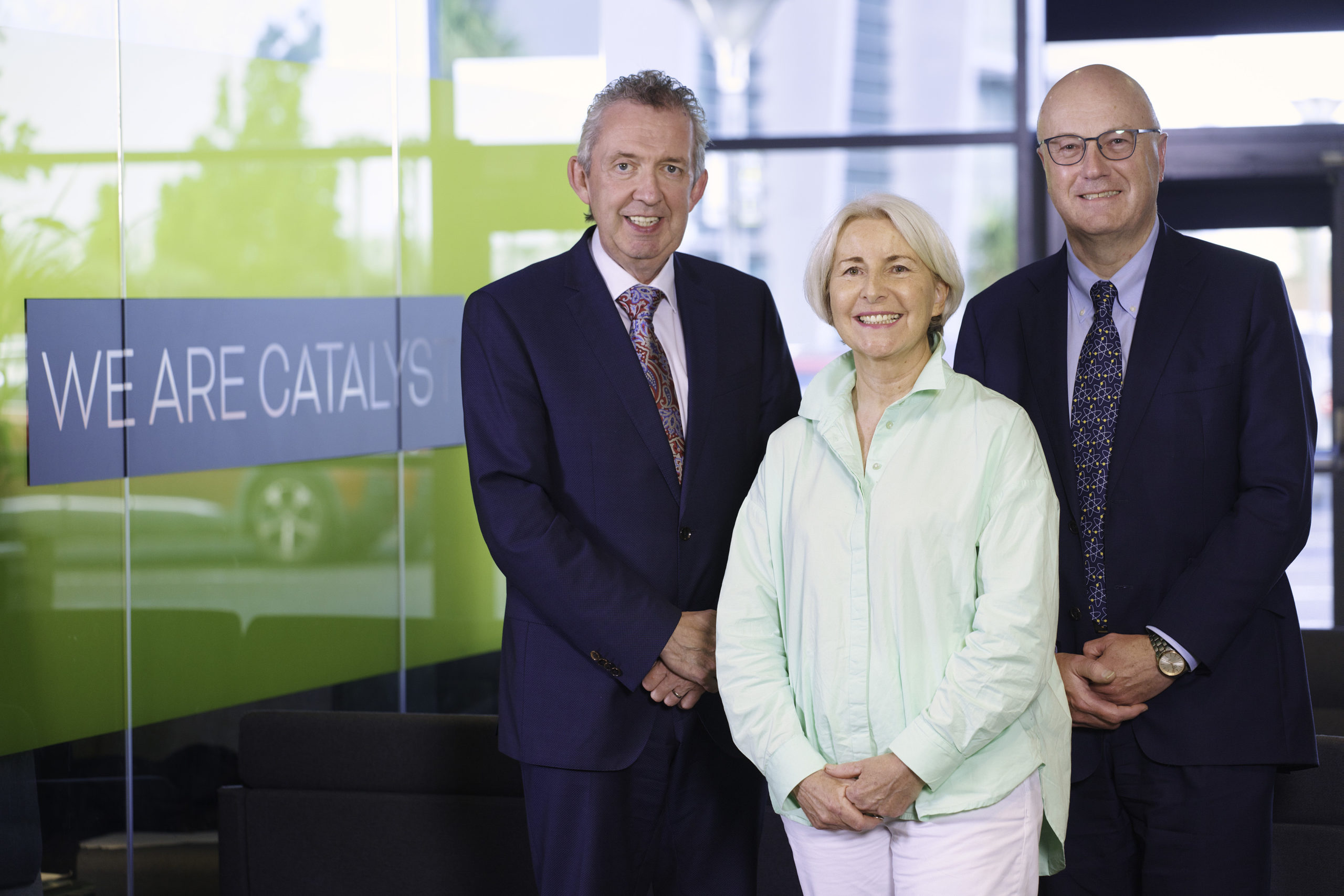 Catalyst strengthens its board with appointment of three industry leaders

Catalyst has appointed three experienced non-executive directors to its board to help oversee the implementation of its new five-year strategy and further strengthen its position as the epicentre of entrepreneurship and innovation in Northern Ireland.

Professor Mark W.J Ferguson, Jeanette Walker and Paul Hannigan, all leaders in their fields, have joined the board of Catalyst.

At the same time, Alec McRitchie and Claire Colhoun will be stepping down after serving terms of 11 years and 5 years respectively on the board.

Catalyst is a science and technology hub focused on fostering entrepreneurship and innovation, supporting transformative businesses and developing Northern Ireland’s tech industry. It works with an extensive network of volunteers and partners to deliver programmes and provide support to the tech and start-up community.

The organisation this year launched a new 5-year strategy which is focused on supporting innovation-driven enterprises and enabling more of Northern Ireland’s population to access opportunities created by leading technology sectors of the economy.

Jeanette Walker is the former director of the Cambridge Science Park and brings extensive experience to the board from a career in marketing and business. Her previous roles include time as Head of New Business at East of England International and Director of Business Development at the Eastern Region Biotechnology Initiative. In 2010, Jeannette was appointed Director of Cambridge Biomedical Campus, where she was instrumental in attracting AstraZeneca and Abcam to the campus.

Prof. Mark Ferguson CBE previously served as the Director General of Science Foundation Ireland and was Chief Scientific Adviser to the Government of Ireland. As a member of NPHET, Mark was responsible in assisting with Ireland’s response to the COVID-19 Pandemic. He has been awarded over £100 million in start-up company equity funding and was also the co-founder and CEO of Renovo Group Plc. He is currently Chair of the Board of the European Innovation Council for the European Commission.

Paul Hannigan, President of Letterkenny Institute of Technology, comes from a management background, having completed an MSc in Management Practice in Trinity College Dublin. He is a former member of the Higher Education Authority and is currently a Board member of the Central Applications Office and Chairman of its Audit Committee. Paul also currently serves on the Donegal County Development Board, the North West Regional Executive of IBEC, and Fáilte North West.

Ellvena Graham OBE, Chair of Catalyst, said: “I would like to thank Alec and Claire for their valuable contributions to the Catalyst board and to extend a warm welcome to Mark, Jeanette and Paul. We are pleased that we have been able to add three professionals of their calibre and look forward to benefiting from their expertise and experience. Their outstanding sector knowledge will help Catalyst in its mission to create opportunity for all from world-leading innovation.

“As we look at the next five years and beyond, the board believes there is a huge opportunity for Catalyst to make an even greater impact on the local economy and wider society.” 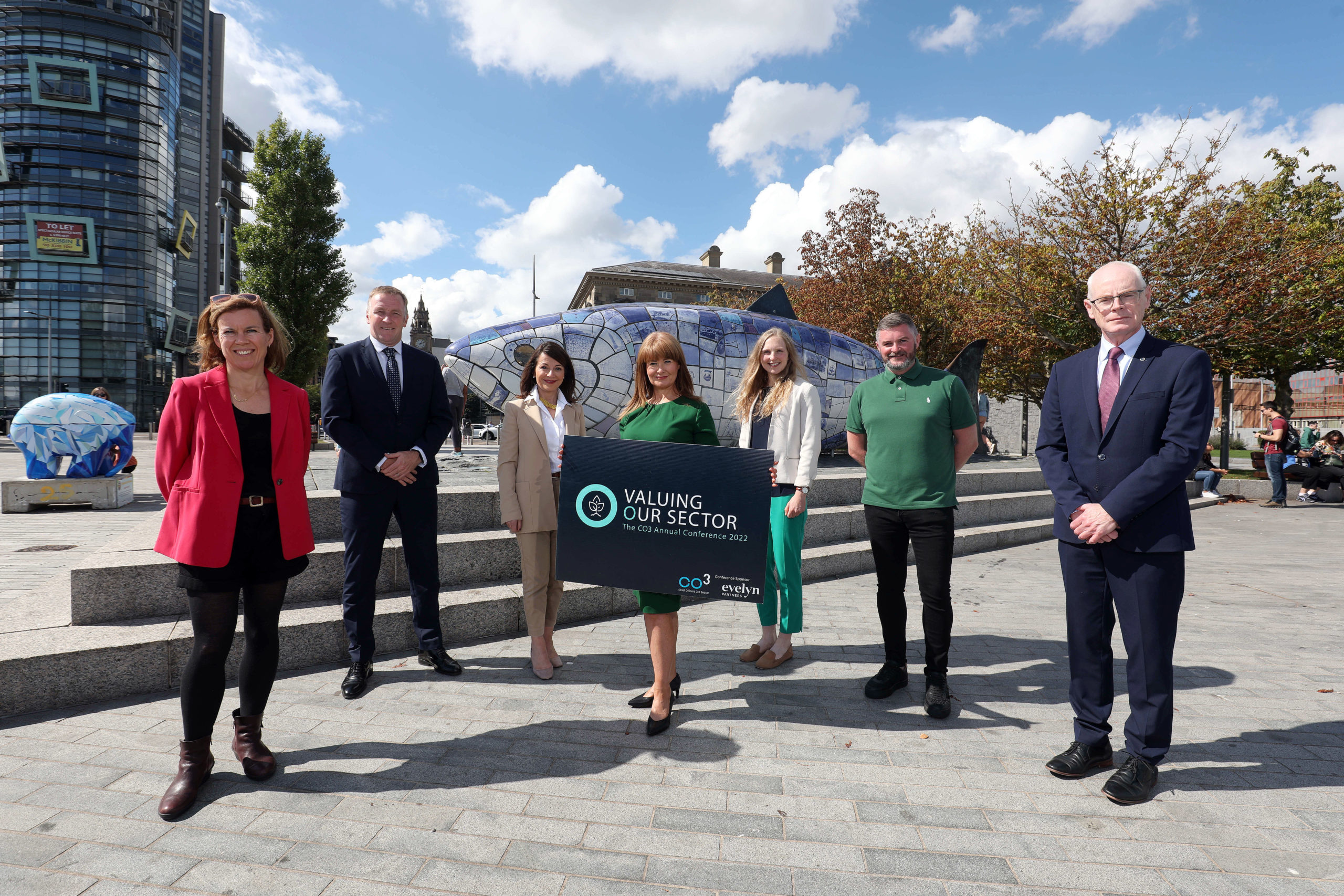 Posted By: Catalyst strengthens its board with appointment of three industry leaders