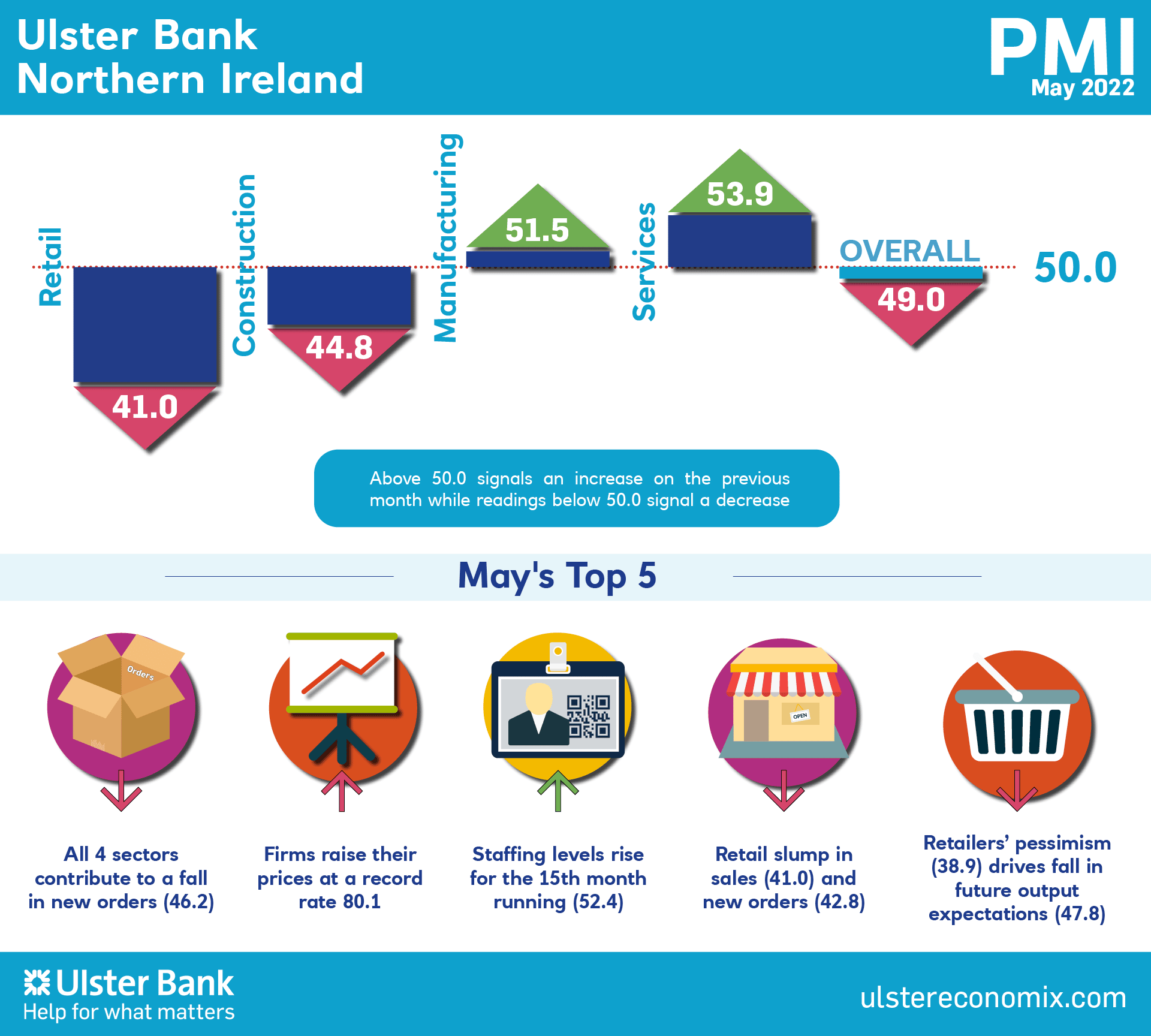 “Economic forecasts at a global and UK level continue to be downgraded on an almost monthly basis. The latest survey of Northern Ireland’s private sector saw the deterioration in business conditions accelerate in May. Local firms reported a fall in business activity for the first time in 14 months with the significant declines in retail and construction outweighing continued growth within the manufacturing and services sectors. Inflationary pressures and heightened uncertainty are hitting demand and delaying investment. Input cost inflation in May fell just shy of October’s record rate but local firms increased their prices at the fastest pace in the survey’s history.  The cost-of-living crisis is making its presence felt, particularly on retail, with both sales and new orders slumping in May.  Construction remains mired in an order book recession with last month’s steep decline marking the eleventh successive month of contraction.

“The overall outlook is for things to get worse, with new orders falling at their fastest pace since February last year. Northern Ireland firms’ order books contracted at the fastest rate amongst the 12 UK regions.  Manufacturing, services , construction and retail all contributed to the drop in incoming business. Despite the advantages afforded to local firms through the NI Protocol, Northern Ireland firms remain the least optimistic of any UK region regarding sales / activity in 12 months’ time. Local firms expect sales and activity to fall in a year’s time with this negativity driven by retail. Manufacturing is the only sector projecting meaningful growth in 12 months’ time.

“The picture regarding employment is much more robust. It is the one bright spot in the survey, with continued growth in firms’ staffing levels reported for the 15th month in succession. But skills shortages remain a problem, from both a capacity and wage pressure perspective. It remains to be seen how a slowdown in the economy will improve this, providing one potentially silver lining to the downturn cloud.

“Overall, with economic conditions set to deteriorate, the call for the Chancellor and Stormont to provide additional support for business is set to intensify.”

The main findings of the May survey were as follows:

The headline seasonally adjusted Business Activity Index fell to 49.0 in May, well down from the reading of 54.8 seen in April and below the 50.0 no-change mark for the first time in 14 months. Falling new orders, increases in the cost of living and market uncertainty were the main factors leading output to decrease. Activity declined in the construction and retail sectors, while softer expansions were seen in manufacturing and services. New orders fell at a solid pace, and one that was the sharpest since February 2021. Respondents indicated that inflationary pressures had hit demand.

The strength of inflationary pressures was highlighted by output prices rising at a record pace for the second month running amid the passing on of higher input costs to customers. Input prices themselves increased at a near-record pace. Firms signalled higher costs for energy, fuel, raw materials and staff. The impact of rising costs on demand also acted to depress business sentiment, which turned negative for the first time in just over a year-and-a-half. The retail sector signalled a particularly gloomy outlook for activity. Despite declines in output and new orders in May, companies in Northern Ireland continued to raise their staffing levels, and at a solid pace that was broadly in line with that seen in April. 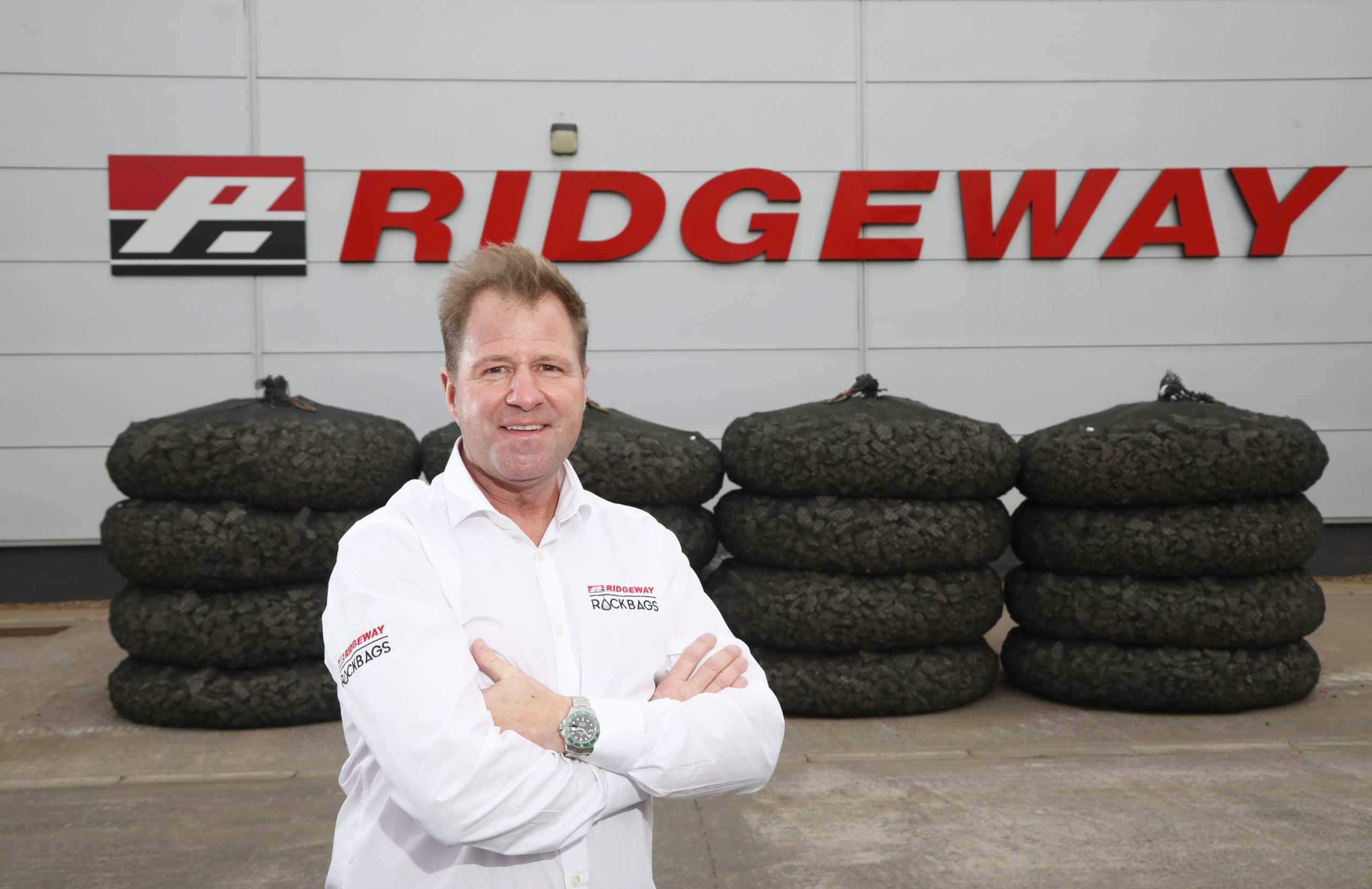 Posted By: Business activity falls for first time in 14 months