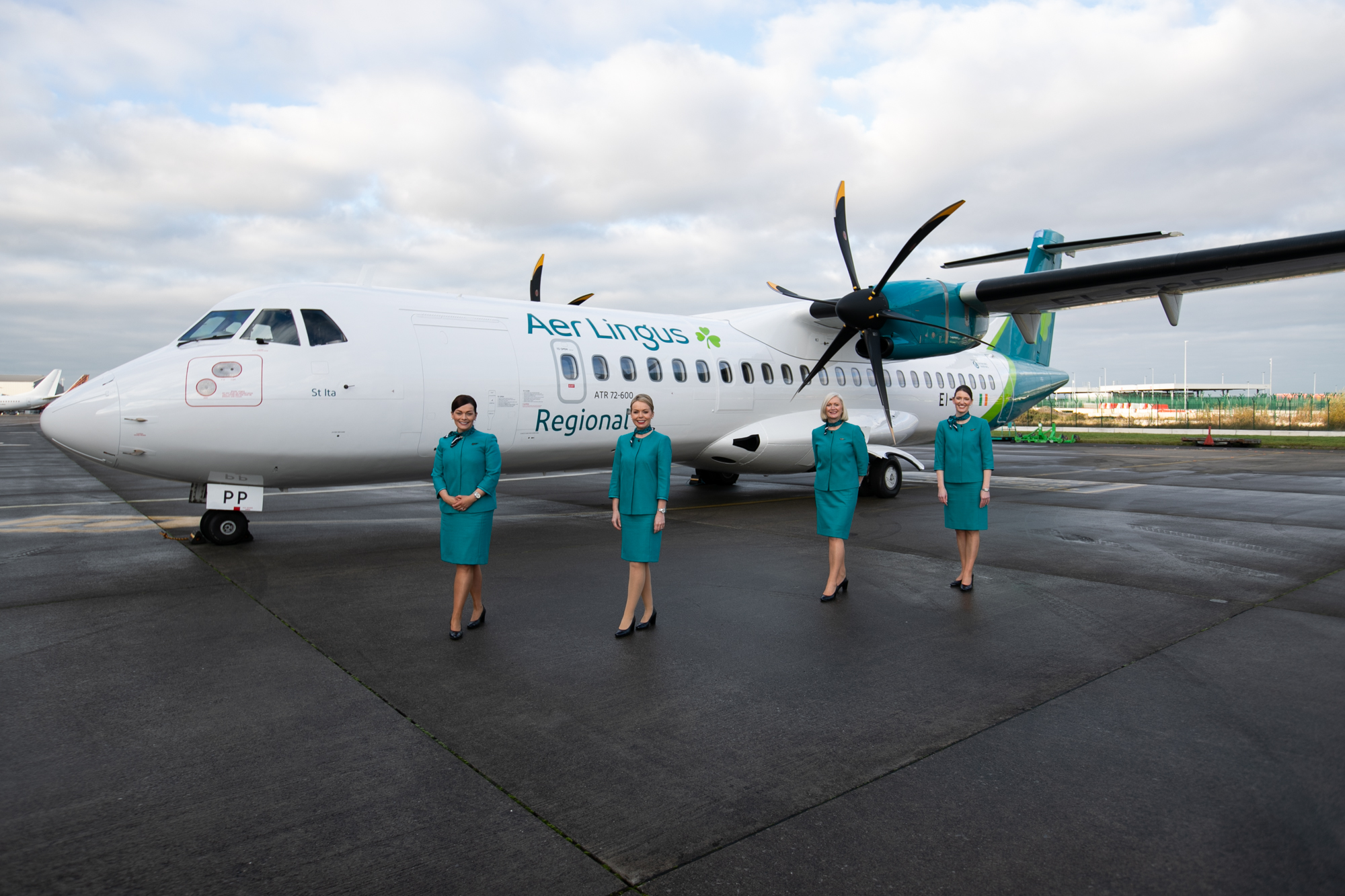 Belfast and beyond from £36.99 each way – Aer Lingus regional services from Belfast city Airport to 6 cities in Great Britain

Emerald Airlines, exclusive operator of Aer Lingus Regional, has announced it will commence services from Belfast City Airport base later this month, with tickets on sale now.

Customers are now able to book flights from Belfast City Airport to Birmingham, Edinburgh, Leeds Bradford, Manchester, Glasgow, and Exeter. Customers will be able to earn Avios points on all Aer Lingus Regional flights, providing continuity and benefits of the current services offered by both Aer Lingus and British Airways at Belfast City Airport. Tickets can be booked through AerLingus.com and BA.com.

With fares starting at £36.99*, the first phase of services will commence on 24th March 2022, to Birmingham with Edinburgh, Leeds Bradford and Manchester commencing on 27th March.  Services from Belfast City to Glasgow and Exeter will commence from early May, 2022.

Commenting on the announcement, Conor McCarthy, CEO of Emerald Airlines said: “Having already announced our services linking Belfast to Manchester, Birmingham, Glasgow, Edinburgh, Leeds-Bradford and Exeter, we are delighted to go on sale from today with Aer Lingus and British Airways.

We want to be the airline of choice for customers travelling to and from Belfast City Airport, and with today’s announcement we are well positioned to deliver on that objective. We’re keen to build upon our announcement today, with more flights, destinations, and great fares to follow in the very near future.”

The new routes are the result of a long-term partnership announced between Belfast City Airport and Emerald Airlines.

Matthew Hall, Chief Executive at George Best Belfast City Airport which is just a five-minute drive from the city centre, said: “This is excellent news for Northern Ireland and comes at a time when we are seeing an increasing demand for travel as we return to life without Covid restrictions.

The Aer Lingus Regional product is one with which our customers are familiar, and we’re thrilled that flights are bookable through both Aer Lingus and British Airways for added convenience.  The ability to earn and spend Avios points with both airlines will be a welcome benefit for frequent fliers.

We are grateful to our airline partners for maintaining connectivity throughout the pandemic and now look forward to commencing our long-term partnership with Emerald Airlines which presents significant opportunities for additional routes and frequencies.”

Aer Lingus Regional flights will be operated by the ATR72-600, the latest generation of turboprop aircraft combining unmatched environmental and economic performance.  These ultra low fuel burn aircraft emit up to 40% less CO₂ on these short, regional flights.

Recruitment is ongoing at Emerald Airlines for positions in Belfast including Flight Crew and Cabin Crew. Further information on vacancies can be viewed here.

Customers who book onto these routes operated by Emerald Airlines through www.ba.com  or www.aerlingus.com can also earn and burn Avios and Tier points as part of British Airways’ Executive Club and Aer Lingus’ AerClub programme.

*Fares quoted are each-way as part of a return trip.