We fight hard for business interests at local, national and European level to create a business friendly environment.

As a NI Chamber member you are always #WellConnected

We are driven to ensure members develop, grow and enhance their position in the global market place

We help our members grow through unrivalled networking opportunities

We have a large and active membership of over 1,200 businesses employing 100,000 people across every size and sector of industry.

We help our members grow through enhancing their brand and reputation

Join South Eastern Regional College (SERC) on Thursday 24 January at La Mon Hotel & Country Club, as they explore taking collaborative action to address the well being of our citizens through coordinated action, that not only supports individuals to fulfil their potential but also meets the needs of our business sector.

Featuring keynote speakers Professor Sir Harry Burns, Dorte Neilsen and Steve Orr who will share their extensive knowledge of development; challenging us to think differently about the link between social & economic well-being and explore good practice.

This price includes both morning refreshments and a hot lunch.

Delegates who will have an interest in this event will be people in: 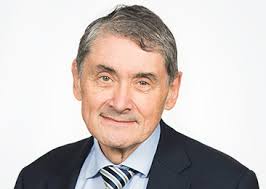 Sir Harry Burns graduated in medicine from Glasgow University in 1974. He trained in surgery in Glasgow and was appointed as a Consultant Surgeon and in the University Department of Surgery at the Royal Infirmary in Glasgow in 1984. Working with patients in the east end of Glasgow gave him an insight into the complex inter-relationships between social and economic status and illness. He completed a Masters Degree in Public Health in 1990 and shortly afterwards was appointed Medical Director of The Royal Infirmary.

In 1994, he became Director of Public Health for Greater Glasgow Health Board, a position he occupied until 2005. During his time with Greater Glasgow Health Board he continued research into the problems of social determinants of health and in 2005, he became Chief Medical Officer for Scotland. In this role, his responsibilities included aspects of public health policy, health protection and, for a time, sport.

He was knighted in 2011 and in April 2014, he became Professor of Global Public Health at Strathclyde University where he continues his interest in understanding how societies create wellness. In 2014, the First Minister, Nicola Sturgeon, presented him a lifetime achievement award from the Scottish Government and the Scottish Parliament for Public Service.

Since moving back to Denmark, Dorte Nielsen has been teaching and researching creative thinking at the Danish School of Media and Journalism, where she founded the Creative Communication education, a bachelor degree programme for art directors and conceptual thinkers. Under her leadership Creative Communication became one of the most award-winning advertising bachelor programmes in the world.

Dorte Nielsen is the founder of FourSight Denmark and hold the position of Chairman of Creative Circle, the Danish society for the creative industries, which holds the biggest creative award show in Scandinavia, celebrating creative excellence.

Steve Orr is Chief Executive Officer of Catalyst Inc and serves on the Board of Directors. Before being named CEO in November 2018, Steve was Director and Co-founder of Connect, Catalyst Inc’s not-for-profit network of experienced entrepreneurs, business professionals and top research talent dedicated to the creation and scaling of innovation companies in Northern Ireland.

Prior to Connect, Steve co-founded Kineticom, Inc a San Diego, California based technical talent firm in 2000. In 2006 Kineticom was ranked #33 on the Inc 500, the list of the fastest growing privately held companies in the US. Previous to Kineticom, Steve worked in Buckinghamshire, UK and San Diego and San Francisco, California for S.Com Ltd and S.Com Inc. Steve earned a BSc in Business Information Technology from University of Northumbria.

Connect helps over 800 local entrepreneurs to aim higher and succeed faster each year.

At the conference you will have the chance to take part in one of our following workshops:

For any other enquiries, please contact Rebekah Cunningham at rcunningham@serc.ac.uk.

Back to Member Events

This website uses cookies to improve your experience. We'll assume you're ok with this, but you can opt-out if you wish.Accept Read More